"Thank you for caring for the mother": the child donates his savings to cancer research 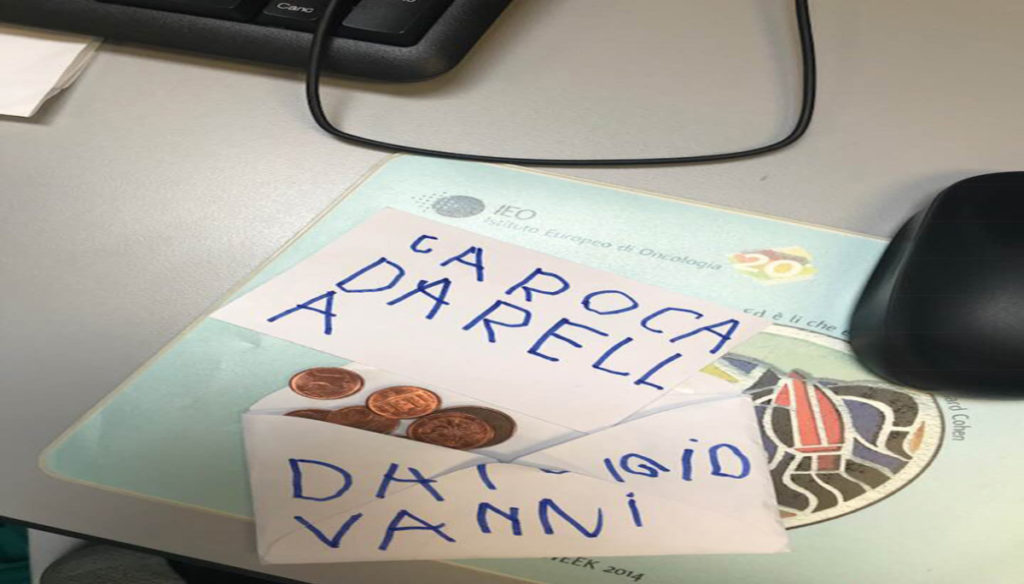 An envelope containing 45 cents, all his savings, donated to the doctor who treated his mother for breast cancer. This spontaneous gesture of a 5-year-old child brought an oncologist to tears, the senologist Pietro Caldarella of the European Institute of Oncology (Ieo) who documented the fact on Facebook. The story immediately became viral on the web.

"This morning the son of one of my 5-year-old patients gave me this ticket – wrote Caldarella on Facebook on March 27 – to thank me for his mother's care and inside there were his savings he wanted to give me for cancer research … I felt like crying !!!! ".

The 35-year-old from Sardinia was operated on last year for breast cancer.

The "hoard" set aside by the child to thank the doctor amounted to "well" 45 cents, all in coins of 1, 2 and 5 cents. Caldarella's response to the child was: "Your mother is healed, she will always be with you".

The story of the little benefactor and his moving gesture brings up the issue of public funds that are allocated to finance cancer research. Always too few to be able to deal effectively with the evil of the century. A 5-year-old child understood it, why don't administrators and governors get it?

Lorenzo Gavazzi
2547 posts
Previous Post
Diet with white meat: you lose weight and protect yourself from diabetes and heart disease
Next Post
Sterile youth by choice: the Childfree movement in Italy