The beneficial properties of trout 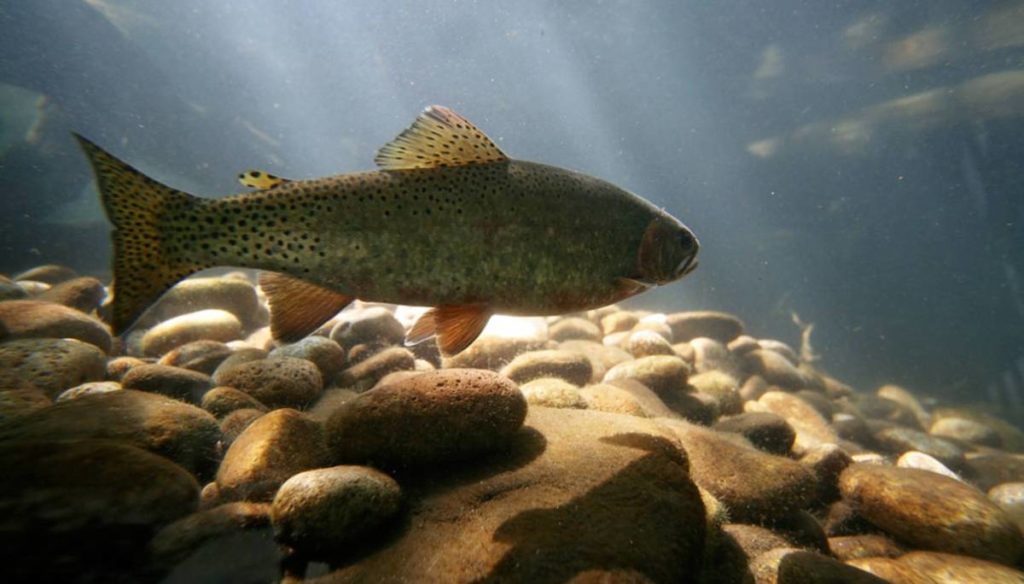 Rainbow trout: discovering all the properties and benefits of one of the most popular dishes at the table for adults and children, a real cure-all for health

Rainbow trout guarantees numerous virtues for the health of the body. It is precisely a food rich in protein, potassium and iron. The variety of recipes makes this food one of the tastiest foods on the table, thanks to its benefits and nutritional values. Trout is a freshwater fish belonging to the salmonid species. Its appearance is very reminiscent of salmon, but unlike the latter, the mouth of the trout is slightly larger. The fins on the other hand are shorter and the body size is smaller. It is found in Europe, but also in Africa, North America and the northern parts of Asia. It is not an indolent fish, in fact this species has the habit of constantly moving from one area to another without any kind of problem. In fact, not all trout are created equal. The latter, in fact, can present themselves with a different physiognomy based on their development. It is therefore necessary to learn to recognize them through simple characteristics. Specifically, during young age the body of the rainbow trout appears slender and elongated, while once it reaches adulthood, the physiognomy changes becoming more massive and robust. These fish are particularly known for being perfect predators, constantly hungry.

Generally, rainbow trout feeds on insects, frogs, worms, but other fish may also be part of its diet. Farmed trout, on the other hand, have a slightly different diet, since they tend to feed on anything edible that is found inside the water and feed. The latter is composed of animal meal. In particular, it is based on crustaceans. So what are the nutritional properties of rainbow trout? The virtues of this fish are many. Well yes, this species hides many advantages and benefits for the body more than you can imagine. Rainbow trout is a food rich in proteins, which have an important biological value. Not only that, its consumption ensures a high amount of iron and potassium. Therefore, this food is particularly suitable for low-calorie diets. The virtues of this fish can also prove to be the ideal remedy to counteract states of hypertension.

In detail, trout is among the foods rich in vitamin D, but there are also vitamin B1 and vitamin PP. The benefits of salmon trout should not be underestimated, thanks to its marked antioxidant properties. Unlike the other species, the color of the meat of this fish is more pink. This characteristic is due to the amount of carotenoids that are absorbed by the feed that is supplied on the farm. Since rainbow trout is recommended for a low-calorie diet, all that remains is to investigate in detail the calories that are consumed by the consumption of this fish. Precisely 100 grams of trout equals about 148 calories. Most of the substances that are taken correspond to water and it is completely free of carbohydrates. Despite the specific characteristics, distinguishing trout is not as easy as it may seem. However, there are some more common breeds that can be found in Italy. First of all is the brown trout. The latter is among the most popular foods, it is widespread in alpine areas within lakes, streams and rivers.

This precious fish is not only known for its delicious flavor, but also ensures important properties. Sardinian trout, on the other hand, reflects the same characteristics, but is more widespread in the central and southern areas. Then there is also marble trout, also known as "brown" and "lake trout", also called "carpione". Rainbow trout, on the other hand, is also called "rainbow trout" and is an American species very recognized in Italy in the field of sport fishing. This species easily adapts to environments. In fact, he manages to live peacefully in any place. A very important factor, however, is oxygen, since it must be more than enough for the well-being of this type of fish. Despite this, the rainbow trout is spreading rapidly even within natural environments. Being one of the most used fish on farms, the cost is not high. To make it a particularly valuable fish is a very specific feature, that is, trout is found exclusively within clean water and this is a real advantage for the health of the consumer. However, to completely eliminate the presence of any bacteria it is advisable to cook it carefully, avoiding consuming it raw. There are many recipes for rainbow trout. The most common variety to enjoy a quick and delicious dish is to boil the fish and add some parsley, lemon and pepper. To give an extra touch of flavor you can also opt for mayonnaise.