The best films to see for Women's Day 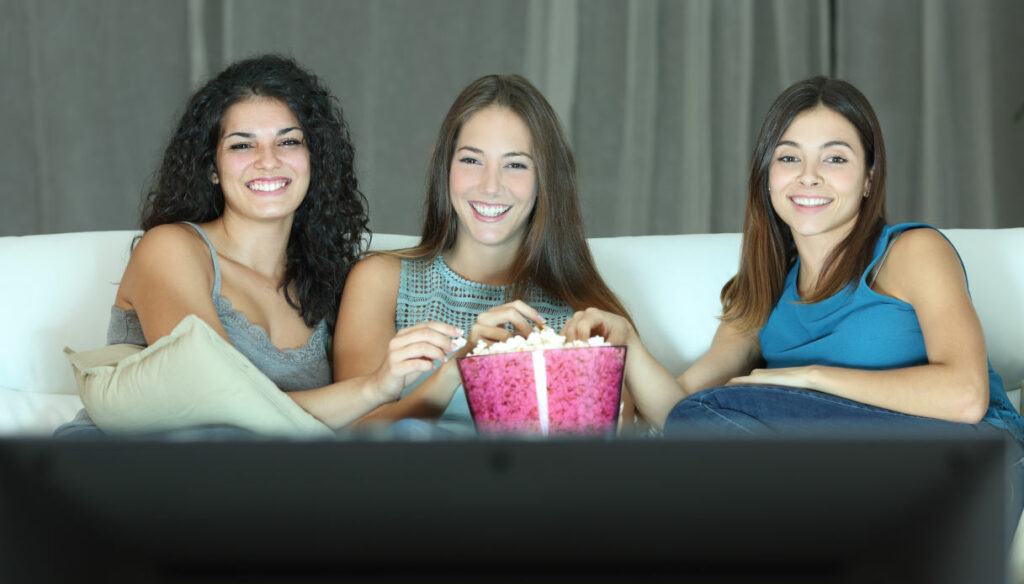 Find out which are the best films with strong and independent female protagonists, to see for the Women's Day

In recent years, also due to the wave of feminist movements that have exploded globally, films about women made by the film industry have increased. Films with strong, independent female protagonists who above all do not need a man to feel happy and fulfilled. Think about it: once upon a time the films that belonged more to the female sphere were the romantic ones, in which the main character was in search of great love, the fulfillment of the dream of a happy life with the man of his desires beside him. The strong cultural changes that have taken place in recent years have (fortunately) undermined this conception of the archaic woman and daughter of a patriarchal model, proposing other models to be inspired by. This is why the films about women we see today are of a different mold than those we saw years ago and are children of their own time. A change that had to happen necessarily and which was very much needed.

But now a question spontaneously arises: what are the films about women to see absolutely? The answer is: many. In recent years, cinema has produced a whole series of productions (most of which are also inspired by successful books) dealing with the most varied themes. There are also numerous types of female protagonists: and so we have films on career women, films on independent women, films on female fighters and on idealists. Here are some that you absolutely cannot miss.

Let's start with a fairly recent film, “Hunger Games – Mockingjay”. Inspired by the book of the same name by writer Suzanne Collins, it is set in a post-apocalyptic dystopian future in which an imaginary land called Panem is divided into twelve districts. Each year, two representatives drawn by lot – a boy and a girl – must represent their district in the Hunger Games, deadly games in which participants compete to the death. The protagonist of the film is 17-year-old Katniss Everdeen, a young man very skilled in hunting and archery. We immediately notice that Katniss is not a teenager who falls into the ranks: she does not mind getting engaged, nor is she prey to the love dramas we have often been used to from old films. Nor is she a heroine who wants to keep up with the two boys who are madly in love with her. Because Katniss has two more important things to think about: surviving and above all organizing a revolt.

“The Color Purple” is a 1985 drama film directed by Steven Spielberg, starring the great Whoopi Goldberg. Based on the novel of the same name by Alice Walker (which won a Pulitzer Prize in 1982), it is the story of two sisters and deals with very sensitive topics such as domestic violence, sexual abuse, racism. "The color purple" tells the life of several women: Celie, abused by her father and husband since she was a child, Nettie, Celie's sister, Sofia, a serious and resolute girl who fights for the equality of African American people. But Celie's character is above all the most complex one: a destroyed woman, deprived of her interiority by male violence, but at the same time always looking for and affirming herself.

The right to count

“The Right to Count” is a 2016 film that tells the story of the three mathematicians Katherine Johnson, Mary Jackson and Dorothy Vaughn. Set in 1961, that is, in full racial segregation, it is inspired by the true story of Johnson who at the time worked as a calculator for NASA at the Langley Research Center in Hampton. A woman and black, Johnson did not have an easy time in her work environment, where male colleagues discriminated against her doubly. Yet, thanks to his skill and competence, he was fundamental for the success of the Mercury Program and for Apollo 11, the mission that went down in history for bringing man to the Moon. The right to count is a manifesto on both independent women and career women, who do not bend to anything in order to reach the goal. Proving they are much better than their male counterparts.

Erin Brockovich – Strong as the truth

In the list of films about women to see absolutely could not miss "Erin Brockovich – Strong as the truth". Directed by Steven Soderbergh and starring the great Julia Roberts, we can say that it is one of the first films on environmental feminism of the 2000s. Based on a true story, “Erin Brockovich” won Roberts the Academy Award for Best Actress. The story is set in Los Angeles and tells the life of a precarious worker, employed as a secretary in a law firm, single mother of three children with two divorces behind her. Erin Brockovich discovers that the Pacific Gas and Electric Company has contaminated the aquifers of Hinkley, a Californian town, causing devastating cancer to residents. Driven by the thirst for justice, it will stop at nothing to denounce this massacre.

One of the must-see films if you want to immerse yourself in the story of a strong, independent, stubborn and self-confident woman. "Million Dollar Baby", a 2004 masterpiece starring Hilary Swank, tells the story of Margaret "Maggie" Fitzgerald, a young girl who wants to learn the art of boxing and compete at a high level. She turns to teacher Frankie Dunn (Clint Eastwood) asking to be trained. But he doesn't want to teach women to fight, he considers them too fragile. It goes without saying that Maggie will make him change his mind, becoming one of the best boxers in her class and teaching everyone that there is no difference in spirit between a man and a woman when aiming for a goal. "Million Dollar Baby" is a film that is on Netflix: in addition to having a strong woman as its protagonist, we strongly recommend watching it also because it has won four Oscars.

Among the films about career women par excellence we cannot fail to mention the hilarious “The devil wears Prada”. Unforgettable protagonists of this film are Anne Hathaway and Meryl Streep, respectively as the recent graduate student Andrea Sachs and the prestigious editor of the magazine “Runway” Miranda Priestly. Andrea's goal is to get up to speed to become a journalist. She is hired as second assistant to Miranda, a woman incredibly competent in her job but with high-level demands, often impossible. Andrea first finds himself denigrating what Miranda does (who deals with fashion, a sector considered superficial by the girl), but then begins to admire her. It is the story of two women who struggle to establish themselves in the world of work, in a sector like that of journalism that is too often the prerogative of men. But where women like them fight for space.

"Rebel – The Brave" is a Disney animated film directed by Mark Andrews and Brenda Chapman. It is not the usual cartoon where the princess is saved by a handsome and handsome prince. It is the story of a girl who refuses marriage, sabotaging a meeting with the suitors organized by her parents and uttering the famous phrase "I will compete to get my hand". An expert archer, she defeats all men in a shooting competition, thus avoiding an unwanted marriage and an already written destiny. The protagonist, the red and indomitable Merida, lives a splendid adventure together with her mother (which she inadvertently transformed into a bear) in which she will be able to mend their relationship, demonstrating a splendid solidarity between women of different generations.

Another must-see film about independent women is “Tonya”, a 2017 film starring Margot Robbie. The story centers on the real life of ice skater Tonya Harding, at the center of a major scandal in 1994. Victim of violence and abuse by her mother first and then by her husband, she seeks redemption by training for the Olympics, but will remain entangled in a serious court case that will bring it to the negative attention of the mass media and the public. In addition to taking her to undergo a trial, in which she will be sentenced.

One movie about women on Netflix that is worth watching is "Girls Interrupted", starring Winona Ryder and Angelina Jolie. The 1999 film is set in a psychiatric hospital and stars Susanna and Lisa, two girls with problems who – with ups and downs – bond and become friends. But life in a psychiatric hospital is not easy, and the difficulties they face are too many for the story to have a happy ending.

We close this list with one of the most beautiful films about women ever: we are talking about “Magdalene”, from 2002. The story begins in 1964 and is centered on three girls, Bernadette, Margaret and Rose. All three were sent to a convent because they were considered sinners: Bernadette is a pretty orphan who loves to flirt with boys, Margaret is raped by her cousin during a wedding, while Rose is a single mother. Victims of abuse inside the convent, exploited and abused by religious representatives who pretended to be pious and upright people, all three will try to escape and denounce the violence they suffered.

Giovanna Pirri
4843 posts
Previous Post
Isola dei Famosi 2021, the denier Daniela Martani is shipwrecked: it is controversy
Next Post
Dpcm Draghi, what changes for hairdressers in the red zone