The best movies to watch on Apple TV 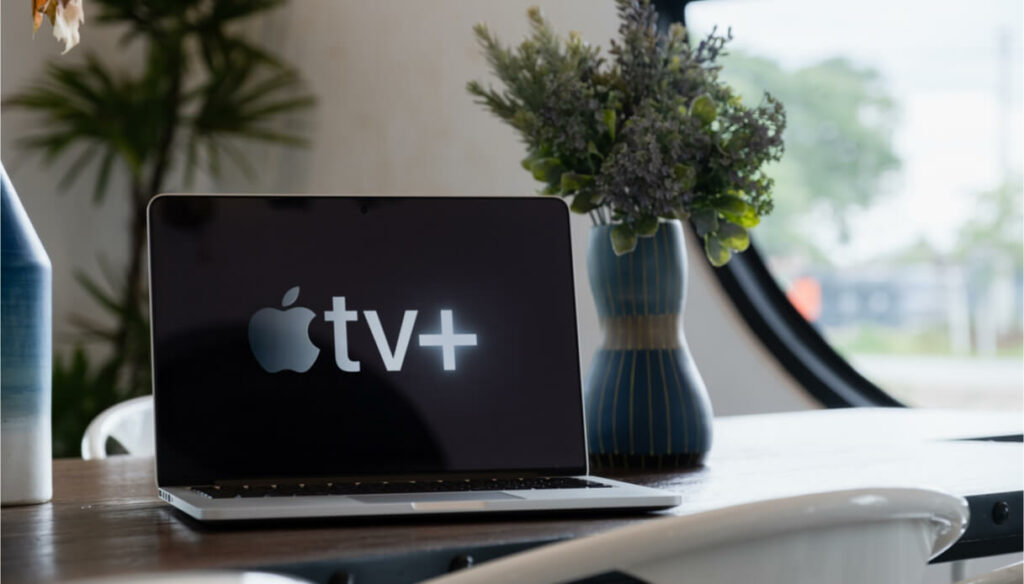 Insatiable desire to see new movies and films on your apple tv? Then don't miss the best titles of 2021: here are what they are!

The world of sofa streaming is now well established, with many channels available today, including Apple TV. Continue reading the article to learn more about the new Apple TV movie releases and what will be on the program.

Apple TV presents itself as a streaming service that allows you to enjoy the videos promoted by Apple Original. They range from original series to comedies, dramas, socio-cultural and scientific documentaries, programs created specifically for the small audience and much more. The list could go on for a long time, but it would always evolve on the same principle: respond to a varied catchment area that embraces the most diverse tastes than ever. From this year, the new Apple TV platform will allow you to watch scientific and non-scientific documentaries, films, programs and series, created especially for you. This is a subscription service with an unpublished repertoire that will allow you to access exciting and original content, all in streaming, without advertising and directly from Apple TV.

An engaging series for those who love to be captured by an over the top storyline and level of involvement. "Calls", more than a simple television series, is presented as an exciting experience that plays with the abstract potential of images and audio to give voice to thrilling events that alternate in nine short stories. The director is Fede Alvarez, who introduces the incipit through a series of calls that turn from normal to surreal. The series is making a lot of talk about itself. Defined as experimental but with an excellent emotional impact aroused in viewers, "Calls" is already fully earning the trust of its new fans.

Apple painted it this way: “All nine episodes are told through a series of phone calls that use crisp writing, compelling voice talent and graphics to help transcribe the dramatic and dark conversations on the screen. These scenarios transport the audience into familiar situations that quickly become surreal with thrilling and scary moments. Starring Lily Collins, Rosario Dawson, Mark Duplass and others, "Calls" proves that the real terror lies in one's interpretation of what cannot be seen on screen and the creepy places your imagination can take you. "

The former military doctor who starred in the Apple TV movie suffers from post-traumatic stress syndrome. Once he tries to regain the reins of a normal life, like everyone else, he enters the tunnel of drug addiction. By now entered into a vortex and accumulator of debts as a result of the increasingly excessive use of drugs, he will turn into a bank robber. Cherry looks behind her for a military year with over two hundred and fifty missions in the war and her experience inevitably affects her everyday life. Events that have mentally disturbed him and that seem to have crept into his DNA, despite a radical change that could give him another path.

One of the best crime-drama Apple TV films of 2021 with Tom Holland that highlights how important events in our history can negatively affect the present and how everyone can react in their own way. A compelling plot in which the most unfortunate vicissitudes of a man who has truly seen them in all colors are retraced.

Lovers of the documentary genre can add the 2021 title directed by R.J. Cutler with Billie Eilish. It traces the authentic story of the American singer-songwriter Billie Eilish, who became a musical phenomenon who, at the age of 17, signed an important contract with Apple with her brother Finneas O'Connell that boasts the title of Apple Music artist of the year. The documentary traces the stages of the career and of the woman who gave voice and shape to her dreams. A girl with a prodigious musical path who already has the winning of 5 Grammy Awards and who has recorded millions of plays on streaming web spaces.

From the beginnings of "When We All Fall Asleep, Where Do We Go?" the various phases that mark his rise are outlined until he reaches the apex of success, between stage and back stage, all corolled by the inevitable section of private life, in an indissoluble union. The great success that characterized Ellie, however, does not protect her from the common feelings of fear that peep into the souls of young girls as doubts and insecurities.

Let's turn the page with “Free-Liberi”, another new Apple film from Italian comedy. The plot features 5 elderly guests in a retirement home of the Opera Don Guanella in Rome eager to break their dull routine following the separation from their strongest ties. Thus the fate of the group come together to go to Puglia, in an allegorical journey that wants to claim their insatiable desire to experiment and live. The protagonists are Rocco, a former failed merchant with his brother Luchino, a former cook suffering from obsessive compulsive syndrome, Antonio (former captain), Erica (former singer) and Mirna, in the guise of Sandra Milo, who embodies the fate of a Serb escaped after the outbreak of the war in Yugoslavia.

It is she who is desperately looking for her old love, Dragomir, with a not exactly immaculate criminal record, who joins the party to give an extra touch of adventure. The fate of all the other companions are in fact inextricably linked by Mirna's desire for love in wanting to accompany him back with the man of bad business. A seesaw of ups and downs, exciting and fun events will transport you to a comical mix within everyone's reach. The message you want to bring to viewers? The desire for strong emotions also on the part of those who, like the elderly, want to get back into the game and, why not, get back on track to feel free and full of life.

Made in our country and of a dramatic genre, “Come niente” was released just on March 12th. The protagonists are Greta and Caterina: her elder sister, Greta, is a promising young football player who has difficulty in filtering her reactions, especially when it comes to anger. The instability is certainly partly due to a hereditary personality factor, the mother in fact suffered from nervous breakdowns, so much so that she was hospitalized in an institution. The two young girls are thus forced to move to the house of their maternal grandfather. The grandfather, for his part, does not seem to accept the novelty willingly, reviewing the same behavior in Greta as her daughter.

They are all forced to live in an SAE (Emergency Housing Solutions), a few square meters to share that don't get the warmth one would expect from a grandfather. The village and the small house intended for those who have been victims of the earthquake do not seem to want to accompany the young girls in a rosy future. Then, however, something changes and their path seems to begin to take another direction. Franco, gruff and detached, rediscovers the pleasure of sharing with sincere affection, exposing all his love and rediscovering, step by step, a bond with his granddaughters that speaks of humanity and sentiment.

For fans of the four-legged world, we recommend the TV series "The Night Planet", available on Apple TV in Italian. Find out if, for each streaming platform, you can watch it by subscription or Apple TV movie rental, you can also select the audio and subtitles in Italian or English. In “Earth at night”, technology blends with nature, giving viewers a wonderful documentary that will be appreciated even by non-lovers of the genre.

New generation cameras insinuate themselves into the animal world through a series that aims to expose the nocturnal dynamics that revolve around the animals of the savannah and beyond. The protagonists will in fact not only be lions and lionesses, but all the animals that have a nightlife that is consumed on 6 continents. From the Arctic Circle to the prairies of Africa, the behavior implemented at night is monitored. A surprising spectacle of nature that sheds light on revealing behaviors and scenes. The US signed documentary will be available from April 16, 2021.

Still craving movies on Apple TV? We continue the list that will fill your passionate sofa-proof evenings with “Don't kill me”. The tricolor direction offers, from 21 April, a horror starring a couple, Mirta and Robin. From the promise of eternal love and a night in full transgression, their path will change forever. Their fortunes will take a completely different turn, Mirta will wake up and something incredible will happen when she realizes that she has transformed into a nocturnal creature that feeds on human flesh. Pursued by mysterious men, the protagonist fights tooth and nail to get her beloved Robin back by her side. An adrenaline-pumping film awaits you.

Giovanna Pirri
4949 posts
Previous Post
Aurora Ramazzotti, her struggle continues: "It's my body and I decide"
Next Post
From Paola Turani to J-Ax, when the son does not arrive