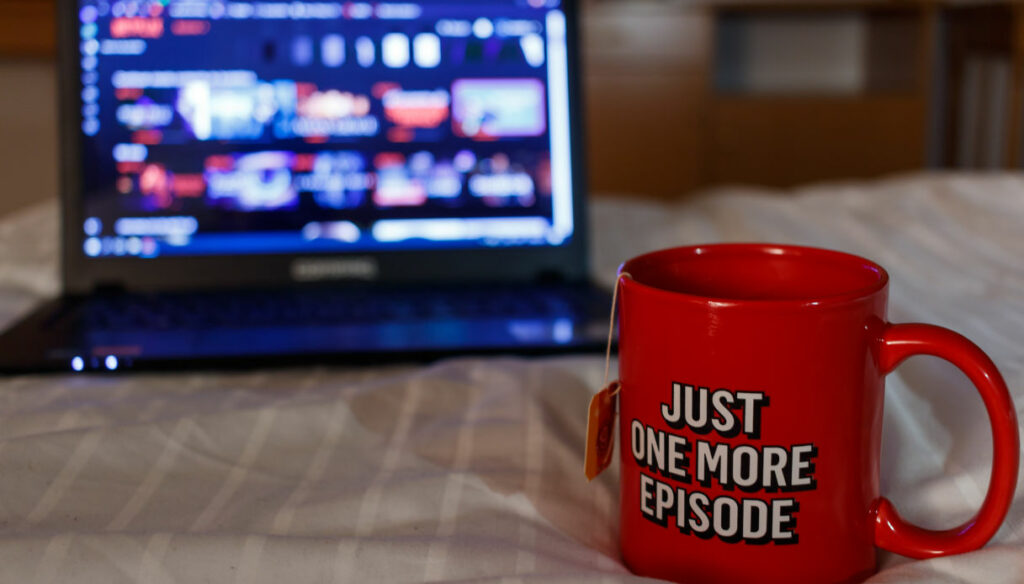 Are you a true fan of TV series? Then you can't miss Netflix's cult series: here is a selection of absolutely unmissable titles

Netflix is ​​the famous platform that has revolutionized the entire world of streaming, offering a wide range of TV series, movies, cartoons for all tastes: young and old, since Netflix has existed, no longer have any doubts about how to spend a rainy weekend indoors. It's amazing how, every month, Netflix takes care of restocking its already very wide choice, in order to give the viewer the highest quality and to download the best titles of the moment on their device.

The Netflix catalog is constantly updated and many new contents are added every month, which can be used entirely and regardless of the type of subscription you choose to subscribe. You can also watch Netflix TV series directly on your tablet or smartphone, both online and offline. How? Netflix gives you the ability to download your favorite movie and watch it directly offline, right on the plane to your favorite place on vacation. With Netflix everything is just a click away!

Are you ready for a real popcorn, thriller, romantic, comic or science fiction marathon? We do! Furthermore, many Netflix contents are properly original and that is produced directly by the streaming service: these are really very interesting Netflix TV series, compelling stories developed in the most beautiful places in Europe and beyond. They are productions of the highest level, which have been a huge success and just think of: Daredevil, House of Cards, Bloodline, Unbreakable Kimmy Schmidt and many others. Furthermore, the lucky ones who have an ultra-broadband connection can watch content in 4K using the screens of HD TVs and therefore all the news in the technological field. Let's find out together which are the Netflix TV series to see absolutely!

We have chosen to draw up the ranking of the six best TV series on Netflix, the ones that you absolutely cannot miss, at no cost! The first that we propose is Breaking Bad and it is really impossible not to have ever heard of it. It deals with the compelling and surprising story of a chemistry professor who, after discovering he is suffering from cancer, decides to reinvent himself by transforming himself into a ruthless criminal. All to ensure a stable and prosperous future for his family and supported by the unparalleled skill and professionalism of a Bryan Cranston capable of fully involving a very attentive and high-expectations public.

Why see it? Action, rhythm and suspense are the keywords of this TV series distributed by Netflix and very much appreciated by viewers. You can't miss it!

And here is Black Mirror, another great success of Netflix: aliens, dark and distant planets, spaceships, cyborgs. They will be the ones to fill your afternoons of leisure and escape from reality for a few hours! This Netflix TV series, conceived by Charlie Brooker, points the finger at the excessive use of technology and points out how evil can easily lurk even behind a bad use of social networks. And here is a real dismal talent show where everyone gives vent to their sick perversion.

Why see it? Each episode of this TV series is worth just as a teaching in its own right, teaching us how progress can then transform, due to jealousy, curiosity and dissatisfaction of human beings as an instrument of evil. Black Mirror is already a cult!

We have also thought of those who love costumed and historical series that are intertwined with episodes of political life, but also of love: The Crown, a real must of Netflix. This hides under its crown a very ambitious intent: to tell the story of the life of Queen Elizabeth II, from 1947 to today. It is an ideal TV series for those who love very long stories and we are talking about six seasons with a change of cast. Furthermore, we speak of a perfect marriage between what is intimate and private and what is collective: Foy and Colman, perfectly portray the Windsors as a family always ready to listen to their people.

Why see it? If you love historical icons, this is the Netflix TV series you've been looking for for a long time!

Daredevil is a Netflix production TV series and is about little big heroes who are committed day after day, with perseverance and patience, to defend their citizens. The giant Netflix, in fact, has decided to recognize heroic deeds in a series of memorable characters: Luke Cage, Matt Murdock, Jessica Jones and Iron Fist. This series deals with the events of a blind lawyer, whose faith will lead him to lend his soul to the Devil, showing himself with all his frailties as a man afflicted by the dilemmas of everyday life.

Why see it? The viewer will immediately start watching this TV series in one breath, characterized by moments of action, suspense, agony.

Watch Sons of Anarchy and you'll fall in love at first sight: a TV series distributed by Netflix that tells the complex story of a criminal gang of power-hungry motorcyclists. You will discover how joining such a powerful group does not mean just punches and fights, but embracing a real philosophy of life that does not allow half measures: either inside or outside, once and for all. The whole story takes the point of view of Jax Teller, vice-president of Sons of Anarchy and who leads an absolutely wicked life and beyond the limits of legality. The young man, all of a sudden, finds himself in his hands an ancient manuscript belonging to his father, in which the latter expresses all his anarchist thoughts and ideals, together with a very precise vision of crime, very different from that of his son. . With the birth of his eldest son, the protagonist chooses to change direction and is convinced to follow the ideas of his deceased father, inevitably clashing with the other members of the club. A compelling story full of crazy twists!

The House of Paper

Why watch La Casa di Carta? Having said this, it seems to want to defend thieves, but in reality it is a challenge that breaks all logic. And just as you think you have it all figured out, you will realize that you have understood little or nothing of the surprising events of this Netflix TV series. Every detail is designed ad hoc by the brilliant mind of the Professor, a key character of this exciting production, who has to deal not with a Police who is not always too prepared to deal with the unexpected. The plot is also very coherent and linear, everything is carefully thought and this clarity is maintained even when it seems that everything goes against any natural reasoning.

Why see it? Twists are the order of the day, as it is a story based on bank robberies, and with every gunshot we are sure you will be in suspense. Compelling – that's how we want to define this series.

Netflix: how much does the subscription cost

Netflix offers price ranges that adapt to everyone's possibilities and needs and this is an extremely important advantage, not to be underestimated at all. You can choose to start from the basic plan, the cheapest and only 7.99 euros per month. This allows you to see all the content distributed by Netflix, in standard definition. Obviously, each movie or TV series can only be played on one device at a time: therefore, if two people connect with the intention of seeing different content, the operation will not be possible. At 11.99 euros per month you will find the standard plan offered by Netflix to watch your favorite TV series: all the contents are in Full HD resolution and you can play them on two devices at the same time. Are you a lot of people in the family and are you thirsty for news and different content on Netflix? Then the ideal will be the Premium Plan at 15.99 euros per month, which offers high definition UltraHD / 4k and playback on four devices at the same time. As you may have noticed, the company founded by Reed Hastings has thought of everything and everyone!

Giovanna Pirri
4961 posts
Previous Post
Maria De Filippi plays Maria and transforms Happy Evening into There is mail for you
Next Post
Schools, restaurants, cinemas and gyms: when they reopen according to the area