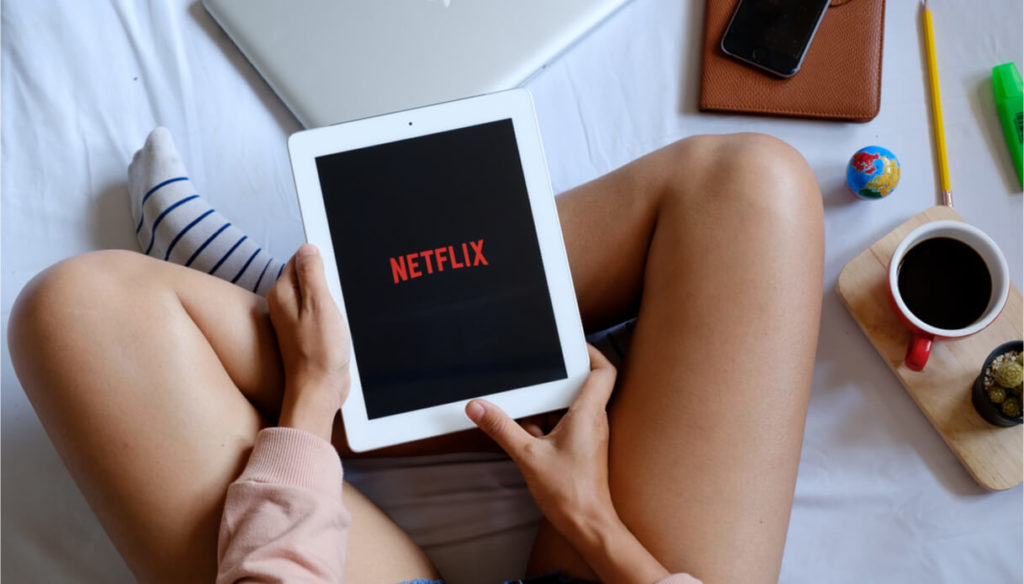 For those who love teenage movies, made specifically for dreaming, Netflix offers a wide choice: find out which one!

If there is something that never fails, it is teenage films on Netflix: love stories between teenagers, mysteries and mysteries, dramatic or funny coming of age, a varied and rich catalog where you can select the adolescent branch to draw on based on your own preferences. From the tale of the ugly duckling rewritten and set in provincial American high schools to the vicissitudes of a Cinderella story in love with a blond and sporty prince; from the most terrible diseases to aesthetic complexes, like that of Tall Girl: teenage films make you dream, make you think, make you fall in love.

Directed by Vince Marcello and based on the novel of the same name by Beth Reekles, this 2018 teen film tells of a blood pact made by two best friends in a high school: Elle and Lee. She can be engaged to whomever she wants except Naoh, Lee's brother. Obviously she will fall in love with that forbidden boy, and therefore will be faced with the most complicated dilemma: friendship or love? In the role of Elle we find Joey King, while Joel Courtney plays the role of Lee and Jacob Elordi, also seen in Euphoria, those of Noah. Despite not having received great praise from critics, it is one of the most reviewed titles on the platform among the films to be seen on Netflix for girls: at least 1 in 3 users have seen it again after the premiere.

Tell me about a perfect day

A tender, passionate and tearful love story, which addresses a theme that is certainly important for the world of the youngest: depression and its repercussions. We follow the story of Violet, traumatized by the mourning of her sister Eleanor, to the point of attempting suicide. Back at school, the girl meets Theodore Finch, a problematic contemporary. The two get closer, a friendship is born and then a relationship. But Violet doesn't know that Theo, who is slowly bringing her back to life, has enormous problems with the dark evil, which devours him inside. How will their story end? This drama is delicate and educational at the same time and invites us to reflect on a frightening specter that adults but also the new generations must confront.

Sorry but I call you love

Based on the novel by Federico Moccia, this 2008 film tells the story of the meeting between a high school graduate, Niki, and a 37-year-old advertising man, Alex, who has just broken up with his girlfriend. The two fall in love, challenging conventions and trying to think that the age difference is just a number that doesn't represent anything. Michela Quattrociocche plays Niki while Raoul Bova gives Alex his face. The soundtrack by the Sugarfree group contains the hit Sorry but I call you love, which is the backbone of the film. In 2010 the sequel to the film, Sorry but I want to marry you, was also released.

Richard LaGravenese's 2007 film, a tear-jerking meatloaf about a couple who split too soon because he, Gerry, has disappeared due to illness. Holly cannot give up at the thought of having lost him and he, to be close to her, manages to send her letters on specific days, in which he helps her face the future alone, always reminding herself that he loves her. The postscript "I love you" is a constant in every letter. Hilary Swank and Gerald Butler play the roles of the couple, alongside Lisa Kudrow, the Phoebe of Friends, and Harry Connick Jr. This film crosses between the teenage sector of touching love stories and the sub-theme of sick movies.

All the times I've written I love you

Lana Condor and Noah Centineo are Lana and Peter, the protagonists of this youth rom-com. The story tells of Lana Jean, a teenager who prefers to write letters to the boys she likes (obviously without ever sending them) than to declare herself. Among these letters there is also a message for Josh, his older sister's longtime boyfriend, with whom he broke up before the girl left for college. One day, younger sister Kitty enters the letter repository and divulges them throughout the school, plunging Lana into the abyss. Now he has to deal with the guys he wrote to, with all the repercussions of the case. The film was a huge success, so much so that it also inspired the sequel, P.S. I still love you.

Written and scripted by Claudio Baglioni and Ivan Cotroneo, this film deploys Emanuele Bosi and Mary Petruolo in the interpreters of a visual transposition of Baglioni's famous song, This little big love. The love story is set in 1971 and tells of the meeting between two very different boys: she is a girl from a good family from Prati, he is an ordinary man from the township of Centocelle. The two fall in love, live a fairy tale and then separate due to his military service. How will it end, will they be able to be happy and content forever? Some critics have attacked the film, while others have defined it as extremely faithful to the mood of when Baglioni wrote this tune, which has become part of the history of pop music.

A contemporary reworking of the Cinderella fairy tale, directed in 2004 by Mark Rosman and starring Hilary Duff and Chad Michael Murray. The new Cinderella is the blonde Duff, who plays Sam, a girl who lives in the San Fernando Valley and, following an earthquake, loses her father. The man's wicked wife, Fiona, takes possession of all his possessions, including the restaurant, where she forces Sam to work, as well as sleep in the attic. To go to Princeton, the girl, focused on school goals, tries to hold on and in the meantime receives letters from a secret admirer, who is none other than Austin, the most beautiful and popular boy in the school, engaged to the capricious Shelby. At the school prom Austin invites Sam but she, hindered by Fiona, manages to arrive late with a mask, conquering the boy, who is uncertain about his identity.

Historic sick movie from 2002 directed by Adam Shankman and starring Shane West and Mandy Moore. Shane West plays Landon Carter, a troubled and rebellious boy, who as punishment is forced by the principal to hang out with sweet Jamie, daughter of the local reverend. The girl, often teased by her companions for her lifestyle, is dedicated to volunteering and leads a quiet life. Initially listless, Landon approaches her until he falls in love with her, but does not know that Jamie has a terrible secret: a serious illness that now hangs not only on her life, but also on her approach to that boy. A heartwarming, moving and overwhelming film, which after almost 20 years continues to be a cult for teenagers.

Usually being tall is synonymous with beauty and influence over others, but this 2019 film by Nzingha Stewart tells what happens when a girl in high school has the problem of being "too tall". Ava Michelle plays Jodi, who measures 1.86 centimeters, a height that has always made her uncomfortable, since she was little, and makes it impossible for her to find boys. A new entry in high school, a tall boy like her, could be the turning point, but things are often not what they seem. Filmed in New Orleans, Tall Girl is a parable about the (often difficult and painful) path typical of adolescence for self-acceptance. Eventually Jodi will realize that it's not her height that determines what kind of person she is, and that it's not necessarily a taller guy that suits her.

The pages of our life

Classic romantic meatloaf by Nick Cassavetes from 2004, taken from the pages of Nicholas Sparks, starring Rachel McAdams and Ryan Gosling as two lovers divided by social differences in a Southern state in the 1940s. Allie falls in love with woodcutter Noah, who is reciprocated, but her parents do not want the couple to continue the relationship. Yet the two are indissolubly united and Noah is willing to do anything for her … A passepartout film, which is good for all ages, but is particularly appreciated by teenagers for the disruptive and irrepressible story it tells, a love that goes beyond beyond social differences and even the most serious diseases. From the most romantic stories to transformations in the high school environment: Netflix films about adolescence tell many stories that deserve to be heard, and discuss important themes, from love to friendship, from bullying to depression.