The burden of Covid-19 on mental health 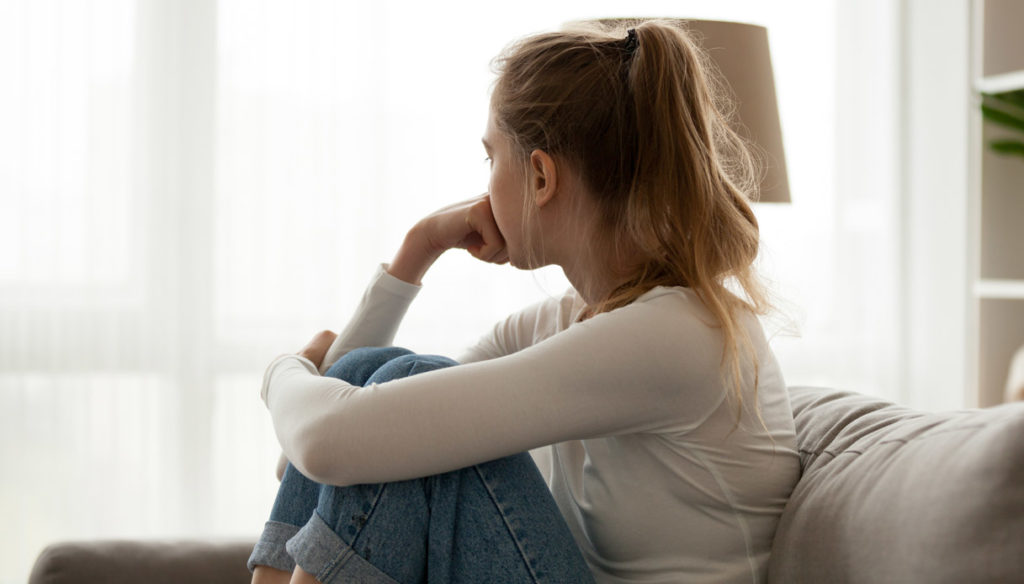 Symptoms of depression in the population quintupled with the pandemic. Requests for help are on the rise

The Sars-CoV-2 virus, which entered the scene at the beginning of 2020, has heavily changed our lives. And even diseases such as depression or anxiety are affected by the impact of the pandemic. But it is necessary to promote early diagnosis, bring out situations of discomfort, fight a stigma that has no meaning and offer those who suffer the answers they need. Experts remember this on the occasion of the World Day for Mental Health, October 10 all over the world.

The scientific studies are all too eloquent, in numerical terms. Depressive symptoms in the population increased fivefold, severe symptoms increased even more than sevenfold in a few months. Research shows an increase in disorders both in people already suffering from a mental illness, and in those who have been infected with the coronavirus, and in the general population.

It is also estimated that psychosis could affect up to 4 percent of both people with mental disorders and those who have come in contact with the virus. Finally, it emerges that Covid-19 can cause long-term neuropsychiatric consequences identified to date in one out of three cases and caused by the state of severe inflammation induced by the virus.

These figures make us reflect and make the role of dedicated centers even more important: unfortunately Italy is lagging behind in Europe for the resources allocated to them. It is therefore necessary to do more to raise awareness of a reality that affects the well-being of individuals and families, as proposed by the national campaign “Together for mental health”.

"This year the World Mental Health Day has an even greater significance, because the pandemic is causing a considerable increase in mental illness – explains Claudio Mencacci, President of the Italian Society of Neuropsychopharmacology (SINPF) and Director of the Department of Mental Health of the Fatebenefratelli hospital – Sacco of Milan. For example, psychotic disorders are increasing in patients who already suffer from a mental pathology and requests for help from mental health centers are on the rise, and the possibility of neuropsychiatric sequelae from COVID-19 is emerging – with increasing evidence – in infected patients.

Italian and international scientific studies also indicate a net increase in depressive symptoms in the general population: symptoms of depression have increased fivefold in our country, moderate ones have almost quadrupled and the most severe have grown seven and a half times.

The impoverishment and the economic crisis that we are starting to face endanger especially people with incomes below 15,000 euros and the unemployed, among whom the risk of depression is triple. Social isolation, fear of contagion and having lost a relative due to the disease are also affected: it is estimated that at least 10 percent of the more than 100,000 Italians who have had a family bereavement due to COVID-19 will experience an episode major depressive in the coming months. We are therefore faced with a situation in which psychic distress is growing and we must be ready to face it ”.

More resources for dealing with problems

"It is essential that greater financial support is guaranteed to mental health centers or we will not be able to contain the wave of patients in the near future: the World Health Organization had predicted that mental disorders would become the most widespread in the world by 2030, but all the indicators suggest that overtaking has already occurred with the pandemic ”- spoke Massimo Di Giannantonio, President of the Italian Society of Psychiatry (SIP) and Professor at the Gabriele D'Annunzio University of Chieti-Pescara.

"Today on paper, mental health centers should receive 5 per cent of the health budget, but in reality we are well below, around 3.5 per cent: so we are witnessing, for example, a continuous reduction in health personnel and available services, which make it increasingly difficult to ensure fair and adequate access to facilities. The time has come to align ourselves with the rest of Europe, which allocates even more than 7 or 8 per cent of GDP to mental health, to meet the population's call for help: mental health is a right that must be guaranteed to everyone, everywhere ".