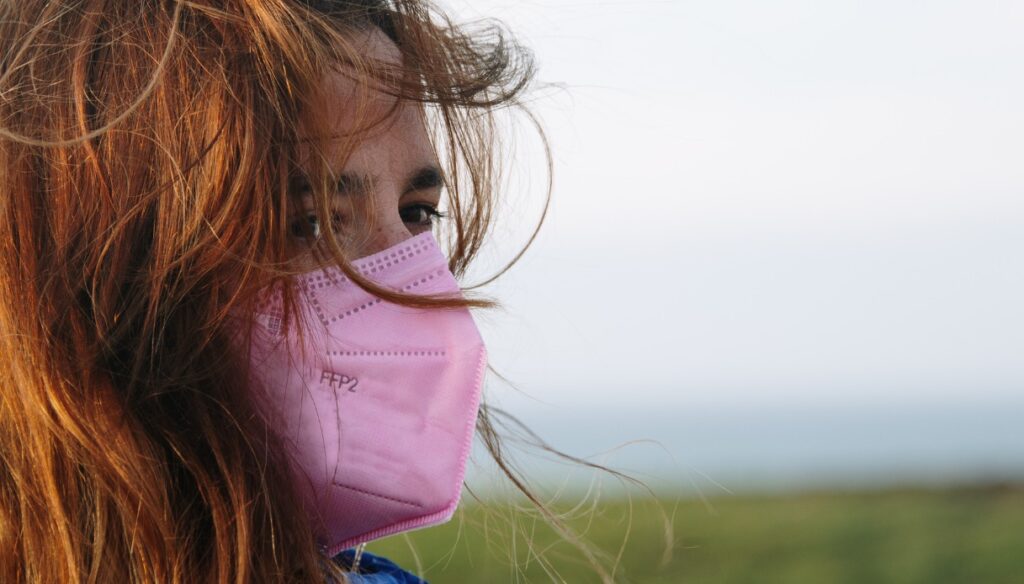 FFP2 masks distributed to police officers are condemned as “indecent”. Here is the controversy that affects everyone

How can a simple color become the stone of scandal, controversy and yet another protest? But above all, how can he question the work, professionalism and “decorum” of a worker? It can do this if we are in Italy and if gender differences, inequalities and stereotypes continually pass through the clear distinction between what is feminine and what is masculine.

So here, in a historical period as complicated as it is intense, a new controversy has arisen, which perhaps we did not need. To be indicted, this time, were the FFP2 masks used by some police officers, fundamental tools of protection that have now accompanied us since the health emergency began.

It was not the functionality or quality of the masks that was condemned, mind you, but their color. That pink that, worn by some agents, was readily considered indecent. And it was not those few people who still consider clothing, accessories or colors as categorizing that turn up their noses, but the police union.

In fact, through a letter of protest, the SAP, an autonomous police union, expressed its very dissatisfaction with the use of the pink FFP2 masks that were sent to the agents of some cities. This is a problem which is obviously followed by a solution: it is necessary to limit oneself to masks of a neutral color or of another color.

In the note, the request is explicit, in fact, “An immediate intervention aimed at ensuring that colleagues work with masks of a different color (white, blue, blue or black) and in any case consistent with the uniform of the State Police avoiding devices of other colors or with any decorations to be considered absolutely inappropriate “.

So, summing up, pink is a color “Which is eccentric compared to the uniform and risks damaging the image of the Institution” (SAP), while blue is considered appropriate to give dignity to the authority of police officers .

The letter of protest, which arrived directly to the prefect Lamberto Giannini, chief of police, requires a targeted and timely intervention to solve the problem of the pink masks distributed to the agents of the cities of Pavia, Varese, Ferrara, Syracuse and Venice.

Without analyzing the role of the uniform, and more specifically that of customs in the processes of inclusion and exclusion, this situation opens up a whole series of reflections that we cannot fail to do. Set aside black and white, recognized for their neutrality, because blue, which is a color that has always been considered masculine in clothing, rather than in any other object intended for children and men, is considered decent, while pink, which by definition is linked to the female universe, would instead take away the authority of that uniform?

Isn’t there a risk in some way of debasing one sex rather than another? Of course, we have limited ourselves to telling the facts with the information we have at our disposal, so beyond the written words we cannot know which mechanisms have triggered this controversy. Nor is it up to us to question the reaction of the SAP and the request made to the police.

What we are wondering instead is whether this controversy, in a historical period in which the battles for the cancellation of inequalities and stereotypes need facts more than words, was really necessary.

Lorenzo Gavazzi
2479 posts
Previous Post
Jennifer Aniston, at 52 and without makeup, is always our “Rachel”
Next Post
Francesca Sofia Novello and Valentino Rossi, the kiss on Instagram is true love