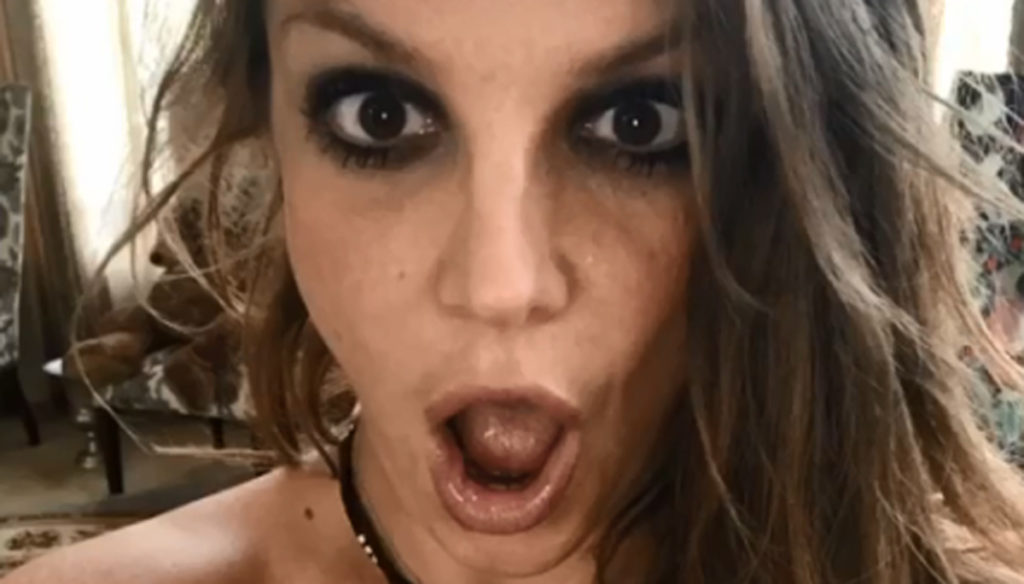 A decade after his first collapse, Britney Spears is again in trouble. Between child custody battles and family problems, it often appears out of control on social media

Oops, I did it again, played one of his most famous hits. And Britney Spears really seems to fall cyclically in the same psychological problems that have been chasing her for years.

In the last few months, the singer has again been at the center of the gossip for a stay in a mental health clinic, apparently due to a nervous breakdown linked to her father's illness, and to family problems, between the manager who announced that she didn't she would be more exposed live and her father who was sued by her ex-husband for beating his nephew.

But it is not the first time for her: it was 2007 when, having escaped from the rehabilitation clinic, she shaved her hair to zero and her photo, bald and with hallucinated eyes, bounced off all the newspapers and gossip sites. At the time, Britney lost her child custody, and after a TSA the judges entrusted her father Jamie Spears as guardian.

The "pop princess" had already released 5 albums, climbed all the world rankings, broke many records and contributed to the rebirth of teen pop. Yet, at age 26, with two children and millions of dollars in the bank, Britney was a girl in complete disarray, without reference points, needing to be guided by others.

"I really hit bottom. Now I don't think my problem was alcohol or depression. I was like a child suffering from some attention deficit hyperactivity disorder, which always runs around ”.

Besides, they were the years of "party girls", of the daily evening outings with Paris Hilton and Lindsay Lohan, to the banner of alcohol and drugs, in which Spears was always at the forefront.

Yet Britney, thanks to her strength of spirit, to her tough character, the one who at the age of 5 made her get on stage and show off in front of everyone, snatching applause, managed to save herself. Helped by rehab, her family, her work and her passion for music, she has detoxified, has regained the first partial custody of her children and then returned to success. As a singer, with the Circus album and the grand residency show in Las Vegas from 2013 to 2017 (so much so that the city established November 5 as "Britney Spears day") and as host of X Factor Usa, in 2012.

But Brit is a frail soul, one of those that flank talent that is difficult to manage. An insecurity that accompanies you throughout your life. And there are no medicines, willing boyfriends that take, sooner or later, risks relapse.

Oops, i did it again, he was singing in 2000. And 12 years after the 2007 crisis, Britney seems out of control again. In crisis due to the serious health problems of his father, many say, he canceled his performances, his manager Larry Rudolph confirmed in May 2019 a new hospitalization in a mental health clinic and on social networks the singer alternates romantic photos with others in which he again exhibits the hallucinated look of a decade ago.

Fans had even launched the hashtag “#FreeBritney in the spring, convinced that they had admitted her against her wishes and were speculating about her assets. She herself had embarked on a legal course against her staff, on the charge of having authorized hospitalization against her will.

The last chapter of this tormented story, a few weeks ago, sees the beloved father, Jamie, denounced by ex-husband Kevin Federline because he was accused of having beaten his nephew, the couple's eldest son, Sean. For this reason, losing his daughter's legal custody, went to Jodi Montgomery, his personal assistant.

In the meantime, Britney has become a brunette, she continues to alternate glamorous photos and others with the limits of bad taste, with her bistrate eyes and risky outfits. While her boyfriend swears her eternal love and declares to the media that she wants to take her to the altar, she writes on social media: "Sometimes you feel really alone, you never know who to trust and often people are fake". But his fans are certain: if love fails, it will once again be the music that saves it and brings it back to the surface.

Barbara Catucci
11506 posts
Previous Post
5 films based on true stories that will make you think about life
Next Post
Sauna or Turkish bath? What you need to know to choose