The heart is also a hormone-producing organ 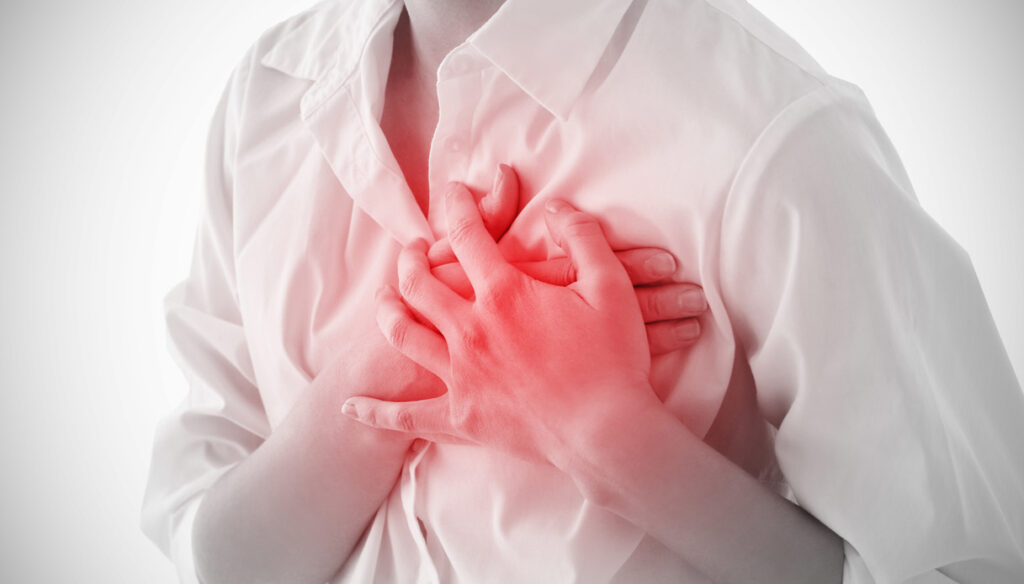 The cardiovascular system, consisting of the heart, arterial vessels and venous vessels, ensures blood circulation throughout the body. The heart, in particular, performs the function of pump in this system, with the task of distributing pressures and volumes between the systemic venous and arterial circulation, thus ensuring that the blood coming from the first proceeds correctly in the second.

It performs its function above all through the rhythmic and incessant contraction of the muscle fibers that compose it, producing a constant blood flow through its four cavities separated by valves. The walls of these cavities, or chambers, are therefore made up of heart muscle (myocardium), covered inside by a thin layer of coating in contact with the circulation, called the endocardium.

If the myocardial fibers undergo a stretching, due to an unexpected increase in pressure or volume inside the heart cavities, they release some hormonal-acting peptides called natriuretics into the bloodstream.

Hormones are small molecules, produced and released into circulation by some organs and tissues of our body, with the task of delivering chemical messages over a short or long distance. In our body, the main production sites of hormones are represented by the endocrine glands, including gonads, thyroid, adrenal glands; these have the important task of regulating the functions of the other body systems (cardiovascular, respiratory, gastrointestinal, etc.), our metabolism and even our appearance.

The endocrine system, however, is not limited to these glands. The natriuretic peptides produced by the heart and vessels, for example, also perform a hormonal action: they act locally to increase the myocardium's ability to contract and at a great distance to increase the diameter of the vessels and eliminate excess fluids with diuresis .

The heart, therefore, while on the one hand it performs its function as a mechanical pump of the cardiovascular system, on the other hand it regulates its content, maintaining the ideal conditions for its correct functioning and, in fact, taking an active part in the regulation of balance fluids and salts of the body. In particular, the natriuretic peptides produced by him, when released into the circulation, perform an action in the kidney similar to that of diuretic drugs, often prescribed to hypertensive or cardiopathic patients if an excess of fluid in the body is suspected.

The estimate of the circulating quantity of natriuretic peptides is used in medicine to recognize pathological conditions that involve heart fatigue, such as acute or chronic heart failure. In these situations, in fact, the myocardium is acutely or chronically forced to perform a higher job than expected and does its utmost to promote better blood distribution in the vascular tree by eliminating any excess circulating volume.

On the other hand, even acute injury to the heart muscles can lead to the sudden release into the circulation of large quantities of natriuretic peptides. If, in fact, there is a severe reduction in the quantity of oxygen and nutrients distributed to the myocardiocytes, these die and the peptides that had previously accumulated inside them come out.

Directly measuring the amount of very small molecules, present in the blood for a few minutes such as natriuretic peptides, can be very difficult and unreliable. For this reason, it is preferred to measure some markers of their release, ie larger and more stable molecules, released into the circulation with them.

Therefore, estimating the level of natriuretic peptides can be very useful for recognizing the acute onset of heart fatigue conditions and monitoring their evolution; to this end, the marker that has always been most used in clinical practice is NT-proBNP (N-Terminal pro-Brain Natriuretic Peptide). It represents precisely a fragment of the precursor of the type B natriuretic peptide (BNP), also called cerebral origin, as it was initially identified at the level of the central nervous system. Nevertheless, the main source of BNP in the body is represented by the muscle cells of the left ventricle, the chamber of the heart subject to the highest levels of pressure.

However, it should also be borne in mind that the levels of NT-proBNP in the blood can increase chronically in elderly subjects and in patients with reduced renal function. Periodic monitoring of NT-proBNP can therefore be prescribed in patients suffering from chronic heart failure after a few weeks or even many months, depending on the stability of the patient's clinical condition.

Although other natriuretic peptides are also known today in addition to type B (type A of atrial derivation, type C of endothelial derivation, etc.), the estimation of their circulating levels is only carried out for research purposes.

Well-known signs and symptoms of possible heart fatigue are poor tolerance of physical exercise, shortness of breath, a rapid and progressive increase in body weight, the appearance of swelling in the legs, especially if persistent in a lying position. If these alarm bells appear, surely the action of the natriuretic peptides produced by the heart is no longer sufficient to ensure the return to the physiological condition of departure and a pharmacological intervention is necessary.

Today there are many classes of drugs available to support the function of the cardiovascular system and restore the body's water-electrolyte balance, including diuretics, inhibitors of the renin-angiotensin-aldosterone system or neprilysin, glyphlozins and in some Countries the vaptans.

In any case, regardless of the medical treatment prescribed, the home management of a cardiopathic patient must provide some special attention. The daily monitoring of body weight and water balance (the ratio between the liquids consumed in the diet and those lost in the urine) is in fact essential to verify the effectiveness of the therapy and identify any accumulation of water in the body.

Reducing the intake of salt with the diet is equally important to limit fluid retention and to promote the control of blood pressure values. Finally, daily aerobic physical activity, as permitted by the patient's general conditions, is a cornerstone for the progressive recovery of physical performance and in particular of heart function.

Gianluca Zompi
2029 posts
Previous Post
Caterina Balivo, her Milanese look increasingly beautiful on Instagram
Next Post
Sanremo 2021, Giovanna Botteri arrives: she will be among the women of the Festival