The Hyenas, it's Maneskin show and the joke on Ghemon 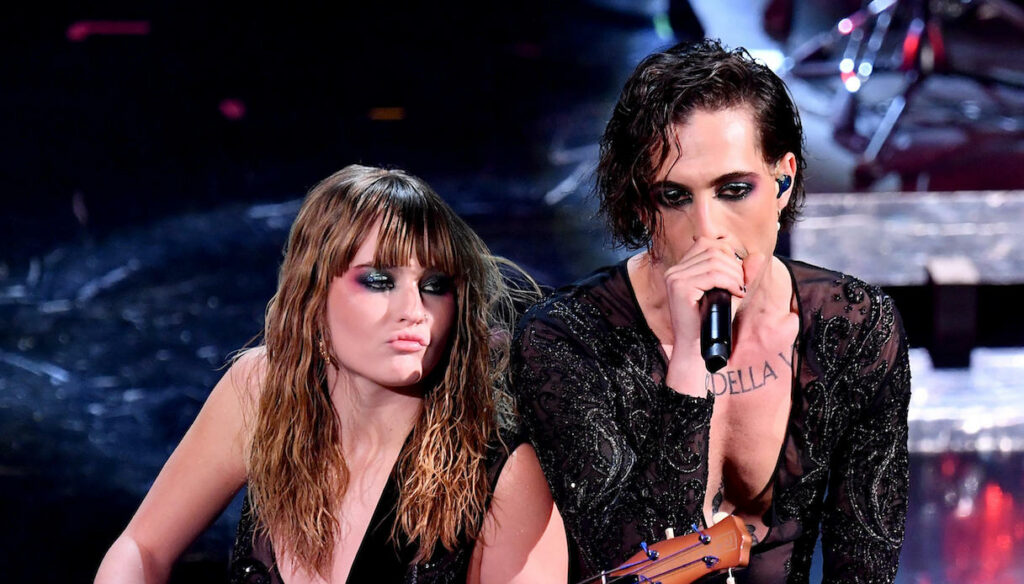 Special guests at "Le Iene": the Maneskin will open the show, and Ghemon will be the victim of the joke of the week

The Sanremo phenomenon is not over yet: a few days before the end of the Italian Song Festival, the Måneskin will be guests of the new appointment of Le Iene. At the helm of the episode, as usual, Alessia Marcuzzi and Nicola Savino, with the company of the irreverent voices of the Gialappa's Band.

The winning group of the 71st edition of the music festival will open the show on Tuesday evening by performing with the song Zitti e buona, which earned them first place in the standings. It was in fact the rock of Måneskin – the group formed by Damiano David, Victoria De Angelis, Thomas Raggi and Ethan Torchio – to triumph at the Sanremo Festival, overtaking Fedez and Francesca Michielin and the very favorite Ermal Meta.

The Roman band managed to bring pure energy to the Ariston stage thanks to the charisma of its members – real stage animals – also thanks to their Etro looks, a brand that well represents their gypsy and retro soul. Their song has already reached incredible numbers in just a few days: in fact, the song is first in all the digital charts with 1,300,000 streams only on Spotify.

They owe their success to their participation in X Factor and above all to Manuel Agnelli, their coach during the eleventh edition of the talent, at the end of which they finished in second place. During the evening of the covers, the group performed with Agnelli, giving the audience a breathtaking performance at home.

Måneskin had already been the protagonists of a four-way interview on the show (which will be back on the air with unreleased content), and obviously the young musicians will not spare themselves from answering the usual barrage of questions from the hosts.

But another of the protagonists of the just concluded Sanremo Festival will appear in the episode: it is Ghemon, the victim of one of the very bad jokes of the Hyenas.

The singer will find himself in a somewhat unpleasant situation just a few days before the start of the singing event. Ghemon will be thrilled when he discovers that his girlfriend Giulia, an accomplice of Nicolò De Devitiis, has sold at bargain prices ten pairs of sneakers that he collects and that he cares a lot about, to raise money for a cosmetic surgery. How will it end?

Barbara Catucci
11932 posts
Previous Post
Michelle Hunziker, on Instagram wishes Celeste for her 6 years
Next Post
Inspector Montalbano, why and with whom does Livia betray in the Catalanotti Method