The Interview: Raoul Bova in tears in front of Maurizio Costanzo 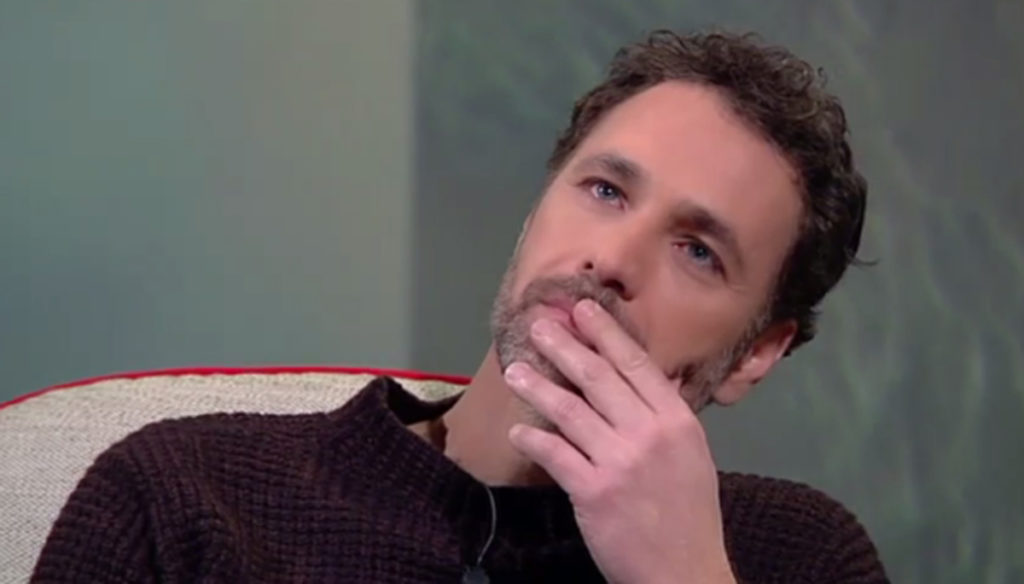 Raoul Bova confesses in the program "L'Intervista" by Maurizio Costanzo, including memories, truth and much more

Raoul Bova is the protagonist of the last episode of “L’Intervista”, the program conducted by Maurizio Costanzo aired in the late evening on Canale Cinque. The actor chose to tell himself in front of the journalist and, once again, Costanzo managed to touch the right strings. Raoul Bova was moved and failed to hold back the tears in front of some questions from the conductor.

It was a question about the father that moved Bova. The actor recounted his relationship with the parent and when the time came to give him a thought his voice cracked, broken by tears. "I would like to tell him – muttered Raoul – that I wanted to know him more. I know he is very fragile, even though he looks strong. I wanted him to open up with me. "

Emotions and shining eyes also for the movie in which Raoul Bova has seen his three children. The last, Luna, arrived thanks to the relationship with Rocio Munoz Morales, the other two instead were born from the marriage with Chiara Giordano.

The inevitable request for divorce from the ex-wife, which was particularly painful for the actor and his children. "When Luna was born my children were very afraid – explained Raoul Bova -. I have always tried to stand by him, despite the divorce, and to make him feel my presence ".

"I'm not afraid to talk about Chiara – said the actor speaking of his ex-wife -. From her I had my children and I always considered her a woman of great sensitivity and intelligence, a perfect mother. There will always be a strong bond between us ".

Bova also spoke of Rocio Munoz Morales, his new known companion on the set of "Immaturi". "She was always seen only as a beautiful woman who led me to leave my wife – said Raoul Bova -. I didn't fall in love with her just for her physicality. For me it is a great person ”.

"Many people are together only because they are afraid of saying that they no longer love – he explained, speaking of the divorce from Chiara Giordano and of a finished separation in all the newspapers, between quarrels and recriminations -. I preferred to be honest rather than continue to be a good husband, and then go with the others ”.