The LGBTIQ zone of freedom now exists, and it is all over Europe 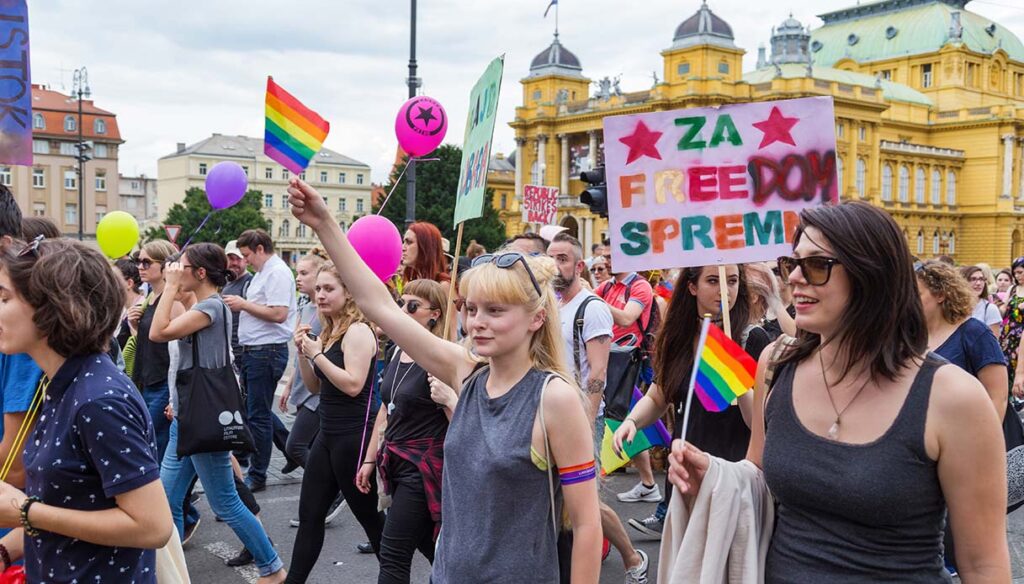 Once upon a time, not so long ago, there was a right that was deprived of many, too many people. The story goes that, just to give an example, at least one hundred Polish regions, counties and municipalities declared themselves areas free from LGBTIQ ideology, but the country was certainly not the only one.

With the definition "free from LGBTIQ ideology", Governments undertake to block any funding to all those associations that promote equality and fight against discrimination and, indeed, the goal is to discourage tolerance towards all people LGBTIQ. Estonia has done more, with a proposal aimed at blocking the extension of the concept of family to all LGBTIQ people with the aim of protecting and supporting exclusively opposite-sex couples and therefore the traditional family.

Now, however, things should change, hopefully, especially in view of the news of the approval by the European Parliament of a resolution declaring that the whole European Union is an LGBTIQ zone of freedom. A response, that of the Parliament, which is strongly opposed to all those Member States that do not want to guarantee the rights of LGBTIQ communities.

The resolution of 11 March was approved with the favorable vote of 492 members of Parliament, 141 against and 46 abstentions. The drafted document aims to protect the human rights of gay, lesbian, transgender, intersex and queer communities and to counter hate speech and discrimination in some EU territories.

Everywhere in the EU they should enjoy the freedom to live and publicly display their sexual orientation and gender identity without fear of intolerance, discrimination or persecution, and authorities at all levels of government across the UU should protect and promote the equality and rights

Although in Poland LGBTIQ communities systematically suffer various discrimination, the problem is widespread throughout the European Union with the confirmation that discriminatory laws and practices of various kinds exist in several Member States.

However, there are still few progresses and steps forward. Across the EU, for example, only Malta and Germany have passed laws banning conversion therapies, practices aimed at changing people's sexual orientation.

"Being yourself is not an ideology. It is your identity. Nobody can take it away from you ”, commented the president of the European Commission Ursula von der Leyen.

Obviously there was no lack of controversy. The Polish government, first of all, criticized the resolution by supporting its right to defend the country's traditional values, the very one who proposed banning adoptions by homosexual couples in the Polish Constitution.

Activists and associations for LGBTIQ rights hope that concrete action will follow this resolution. The document, in fact, is not a binding text, but has a strong symbolic value that seems to pave the way for change.