The List Representative, who are Veronica Lucchesi and Dario Mangiaracina 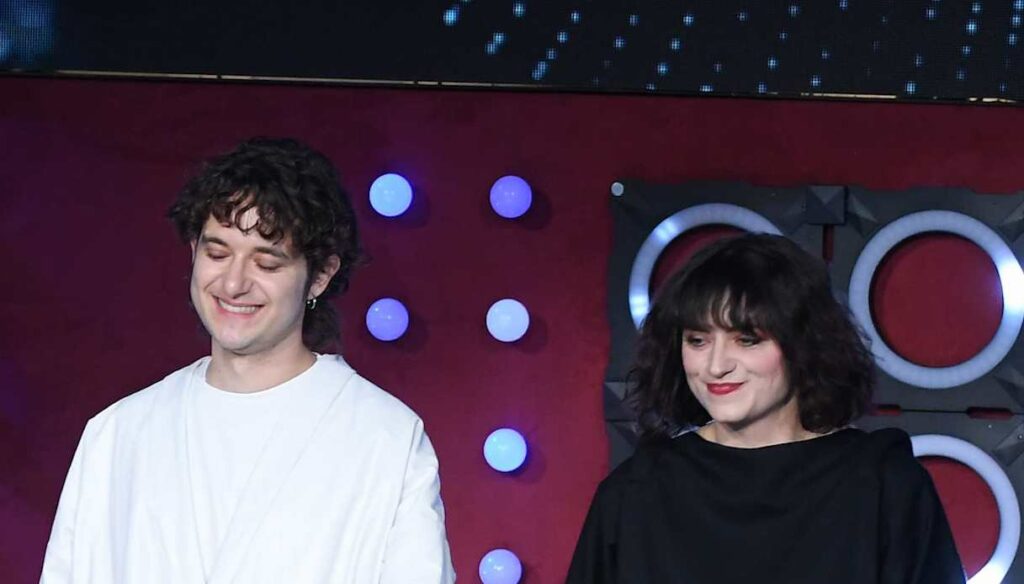 Having landed on the Sanremo stage with the band The Representative of Lista, Veronica and Dario are two real talents

Veronica Lucchesi and Dario Mangiaracina are the two talented artists who founded the band The Representative of Lista, which made its debut at the Sanremo 2021 Festival in the Big category. Having met each other by chance during a theatrical performance, they both agreed to combine their talent to give life to one of the most original musical groups on the Italian scene.

Born in 1985, Dario Mangiaracina was born and raised in Palermo, in a family of musicians: his father is a famous bass player, while his grandfather was for a long time the director of the band in Castelvetrano, a small village in the Trapani area. Breathing an atmosphere steeped in art from an early age, Dario soon began to be passionate about the study of musical instruments and theater. And it was during the preparatory work for a performance that he met Veronica Lucchesi.

The latter, born in Pisa in 1987 and raised in Viareggio, has always had a great passion for acting. To follow her inclinations, she left her law studies and moved to Palermo, where she attended a theater course. During the rehearsals for a show that was to be held in Valledolmo, a splendid village in the Sicilian hinterland, she and Dario formed a beautiful friendship.

From their common love for music, in 2011 was born the band The Representative of List (sometimes abbreviated with the acronym LRDL). The choice of the name hides a rather bizarre story: being Veronica far from her place of residence, in order to vote in the referendum that was held that year, the young artist had decided to sign up as a list representative for a political party. An idea that soon turned into something very original.

The Representative of List produced her first album three years after its formation, and it soon began to make itself known nationally. Over time, Dario and Veronica have collaborated with other great artists of the Italian scene such as Antonio Di Martino (competing in Sanremo 2021 with Colapesce), also welcoming new members into their group: in 2015 they were joined by Enrico Lupi and Marta Cannuscio, while shortly after, Erika Lucchesi and Roberto Calabrese joined the band, giving life to the current line-up.

One of the most successful moments of the List Representative was when the group performed on the evening of duets at the Sanremo 2020 Festival, alongside Dardust and Rancore (the latter competing for the singing festival). The following year, Dario and Veronica returned to tread the stage of the Ariston, this time competing in the 71st edition of the Festival with the song Amare. And their voice won everyone over.