The main positions and the benefits of Hatha Yoga 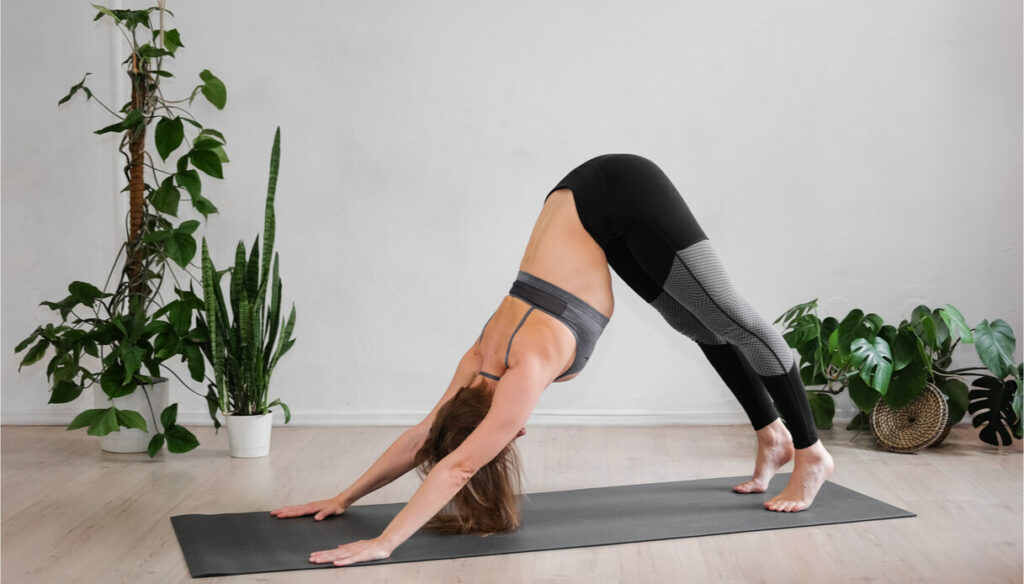 Hatha yoga is one of the best known disciplines and aims at harmony between body and spirit: here are the most famous positions and how to practice them

Whether you are a novice yogi or an old adept, you will have heard of it either way. To the question "What Yoga do you do?" Often we respond by citing Hatha yoga, a type of practice that responds a lot to physical effort, but not only. But Hatha yoga, what exactly is it? First of all, it is good to know that yoga, as the etymology suggests (which means union) is only one and promotes the balance between mind and body that rises to a union between individual consciousness and universal consciousness. Today, however, there is a tendency to give a different label to each of the practices that follow various schools or approaches. In this case, it can undoubtedly be said that Hatha yoga is among the best known disciplines, if not the best known.

Hatha literally means violent effort, but its meaning is much deeper. The word, consisting of ha (sun) and tha (moon), referring to the passage of air in the right nostril (represented by the sun) and in the left (the moon), is configured as the set of two breaths. Dualities and opposites thus aim to be re-harmonized with each other. The ultimate goal of the practice is in fact the achievement of samadhi, that is the cancellation of duality, a concept that wants to bring the mind and heart in harmony to pursue a more conscious and serene lifestyle. The origins of the Western discipline are lost in the mists of time, but there are two ancient texts considered fundamental for reconstructing its history: Patanjali's Yoga Sutra and Svatmarama's Hatha yoga Pradipika.

Hatha yoga: the main postures and the Sun Salutation

Hatha yoga has various positions to be repeated in sequence (such as the Sun Salutation) with great precision. The body moves at the rhythm of its inhalations and exhalations, so even if the practice is often done in a group, each has a slightly different time from the other. The illustrated asanas, each with its own name, must be held for a few seconds (depending on the position as well as the level of preparation) and then start again with the same sequence or change it. You will get the best results if you are guided by a teacher capable of alternating and balancing sequences that involve the whole body with the right pauses, making you breathe almost normally or at least without breathlessness, to let you listen to your body and relax. In Hatha yoga, the main basic positions are: the cobra (Bhujangasana), the boat (Navasana), the tree (Virksasana), the upside down dog (Adho Mukha Svanasana) and the triangle (Utthita Trikonasana).

The cobra is performed on the stomach with the hands placed under the shoulders, the head and the chest – just like a snake – are lifted from the mat with the gaze turned forward, the semi-extended arms lever without stiffening the shoulders, which they must be kept away from the ears. The position of the boat, on the other hand, relies on the abdominals and therefore on the ability to maintain balance: while seated, the legs are raised parallel to 45 °, also detaching the back from the ground, bringing the chest as close to the legs as possible. It may take more than a few seconds to establish your balance. The Virksasana asana instead simulates the tree through an upright position, the soles of the feet are housed in the inner thigh of the opposite leg, the game in keeping balance, as you will testify, is proportional to the force with which it pushes itself towards at the bottom with the foot resting on the ground.

Then there is the upside-down dog, one of the main asanas of Hatha yoga linked to the sun salutation, a sequence to be performed in quadrupedal position with legs and arms extended to stretch the spine to the maximum and strengthen the whole body. Finally, the triangle fits into all those exercises that aim to increase the capacity of lateral flexion: just spread the legs while keeping the toes on the same line. Now rotate the right foot 90 ° outwards and the left foot slightly inwards. Keeping your pelvis in front, stretch your torso to the right without bending forward or back and place your right hand on your right calf or ankle. The goal is not to touch the ground at all costs, concentrate on keeping the created figure in line.

The advantages of the practice

If you are wondering if Hatha yoga makes you lose weight, the answer is that the primary goal is the development of physical and mental abilities aimed at well-being. Hatha yoga tones and increases elasticity without a doubt, helping to develop a tapered musculature, but the external element is not connected in the yogi philosophy to beauty, but to a concept of health and love for oneself that serves to feel better with the others. Hatha yoga has obvious benefits, in particular the sense of immediate relaxation caused by the increase in the ability to store oxygen through breathing and posture exercises.

It strengthens the whole body but, through specific exercises, it can create benefits even on a single part. It welcomes people of all ages: from the new mother who wants to train the pelvic floor after pregnancy to the elderly person who wants to do a simple muscle awakening. The discipline in question allows, like the others, to set your breathing correctly and to take advantage of it even beyond the practice, it teaches you to focus on the here and now, to know your limits and above all to overcome them. A constant practice of 2-3 times a week can help to reduce – even significantly – simple muscle stiffness or headache, back pain as well as psychosomatic symptoms.

Maria Teolis
3428 posts
Previous Post
Harry and Meghan towards the divorce: "There is tension. He will come home "
Next Post
Amici 2021, Martina leaves Aka7even for Raffaele: tears and crisis