The Masked Singer: Al Bano returns with the Lion and challenges everyone 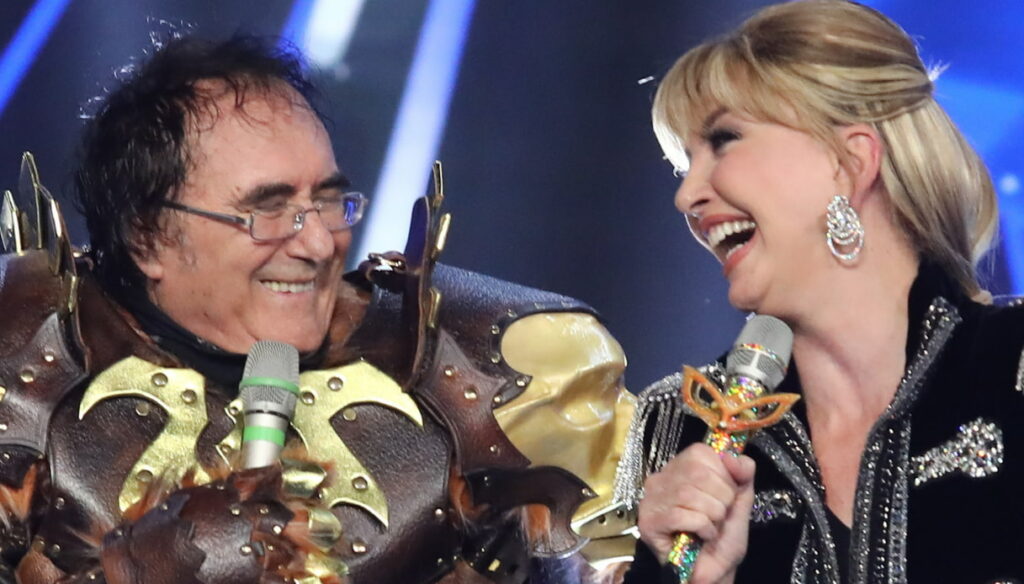 Al Bano Carrisi returns to Il Cantante Mascherato with the Lion and challenges everyone. To announce it was Milly Carlucci who made a direct Instagram with Simone Di Pasquale to reveal the news of the broadcast. In the next episode of the show there will be two competitors forced to throw off the mask and reveal their identity.

The second live broadcast of Il Cantante Mascherato had been opened by the Rich and the Poor who, after the choice to retire due to an illness in the Baby Alien, had returned to the studio. This time the audience will welcome another much loved character who marked the first edition of the program. This is Al Bano Carrisi who wore the Lion mask.

Milly revealed that at the beginning of the episode Al Bano will challenge the other competitors, they determine a first play-off which will then lead to the first unmasking. At the end of the live broadcast there will be another disclosure and viewers will discover the identity of a competitor. Last week to leave the show were Pecorella, alias Alessandra Mussolini, and Baby Alieno, where the comedians Gigi and Ross were hiding. In the first edition of the Masked Singer, Al Bano came second, beaten by the Rabbit under which Teo Mammucari was hidden.

“The Lion at the beginning of the episode will challenge the other masks with a medley – confirmed the presenter on Instagram -, then there will be a playoff, an elimination and unmasking already at the beginning of the episode and one at the end. In the episode there will be two revelations ". Meanwhile the assumptions about the other competitors continue. Alessandra Mussolini hinted that Romina Power could be hiding under Giraffe or Butterfly, while Costantino Della Gherardesca, juror of the show, hypothesized that Anna Tatangelo may be the Giraffe, while the Wolf mask was assigned to Gigi D’Alessio.

The two said goodbye some time ago after an intense love story. "I know that their relationship did not end very well – said Costantino – and that in the Palazzetto the competitors do not have relationships they do not know who is in the other masks, so it is possible that both are competitors without knowing it".