The most beautiful biographies and autobiographies 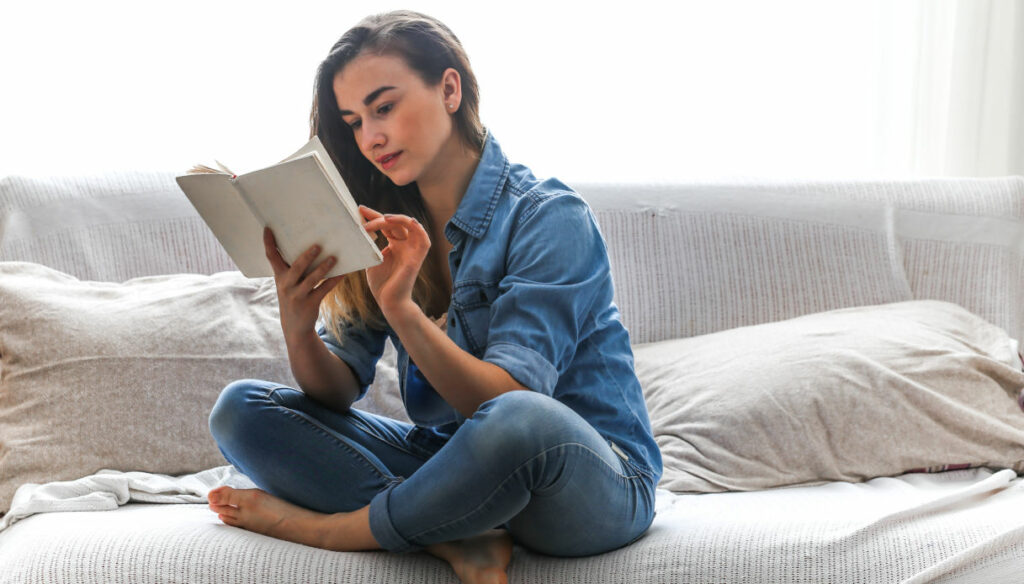 Are you looking for true and exciting stories of famous people? Discover the best autobiographies and biographies and immerse yourself in fascinating worlds

We choose to introduce you to our ranking of the best autobiographies and biographies to read with a famous phrase from an illustrious person: «Living is the rarest thing in the world. Most people exist, that's all. " Reading about the life of others can be a great way to find out more about yourself, your own values ​​and attitudes; the comparison with people who have lived in distant and different eras from ours, but also contemporary ones. A good autobiographical book is an excellent company, especially in moments of solitude and reflection, perhaps in a beautiful flower garden while the skin is caressed by faint rays of the sun, in a late summer afternoon.

We are certainly not talking about adventurous and overwhelming events, rather about real life experiences lived by men and women who have left an indelible mark on this earth. However, it is exciting to leaf through the pages of an autobiographical book and try to relive the same feelings as the author, imagine being in the company of these exceptional people, sipping a good hot tea on the veranda. There are many autobiographies worthy of note and to be read and we are ready to advise you all.

Autobiography and Biography: The Real Difference

Autobiography and biography present some substantial differences that it is however good to know in order to better enjoy your reading moment. First of all, we underline how the autobiography is written by the author himself, unlike the biography, which is written by another person who tells the story of a famous character. A biography, basically, tells of the life of famous people: stars, sportsmen, historians and is defined posthumous if published after the death of the character himself. The biography is written by those who choose to tell about their life and their emotions: episodes of particular importance and phases experienced in the past are recalled through the memories of the mind. Not necessarily all the moments in the life of the author or author are present, but only those that are considered worthy of being and important to make the life experience known to the public.

There are many introspections and thoughts described in detail. Biography, on the other hand, can be defined as the reconstruction of the life of another person, perhaps famous and with an exciting story behind them. In this case, the author uses the help of third parties to reconstruct the most important events such as, for example, journalists and scholars. There are also those who choose to write their own biography relying on the so-called ghost writers, or writers, who lend their talent and skills. Here you will find the ranking of the best biographies to read, witnesses of important life episodes, but also of a sort of contiguity with the opinion of the author or of the character that is being treated.

I am Malala – Malala Yousafzai

Malala is a young girl who has chosen to fight for her future, but above all for her right to education. It is October 9, 2021 when Malala, on the bus that takes her home after school, is hit in the face by three bullets. For the Taliban this young woman is guilty of having claimed her right to study and her desire to become great: Malala will not die, her strength and determination will lead her to become the universal symbol of all women who, even today, they fight for a better future. Its history went around the world in a very short time, so much so that it won the Nobel Peace Prize.
In this wonderful biography to be read in one breath, you will discover a story of strength and courage, a real hymn to the right to education of all children and adolescents which is still a mirage in many countries today.

True is undoubtedly one of the best autobiographies of all time. My Story, written by Mike Tyson himself. Boxing has never been just fun for him, but much more: a matter of life precisely and hard training, anger, perseverance and pain. A mix of emotions that are perfectly described in this volume that marks the clear boundary between existence and miserable existence. Mike tells in detail every moment of his life, he talks about his life lived without a father, in a hostile environment characterized by abuse and violence: he was a very shy child and too often the target of ridicule by older boys. And soon, due to the underworld he leads, he ends up in juvenile prison.

Little more than a teenager, he became world heavyweight champion, a true force of nature even outside the ring that in a very short time achieves unparalleled success, radically changing his life. And, just like magic, alcohol, violence, jail, bankruptcy and women are permanently out of his life; a life that opens to a new chapter, full of joys and successes of other times. We think it's the ideal novel if you're looking for a strong spur and total change. A real inspiration.

An autobiographical book that proves to be a real lesson for all those who have stopped believing in their dreams. Are you one of those people? If so, reading it could stimulate you enormously and reveal the key to true success. Wild Days tells the story of William, then the novel's author himself, who challenges himself and the ocean, a love and hate at the same time. a unique and strong emotion dismayed by the joys and pains of a lifetime. For him, the call of the sea and its waves is not a trivial sport, but a real vocation, an urgent need that does not leave too much room for choices. William, in fact, feels he has to go and follow his instincts: he knows perfectly well that the path is the right one and repentance is only a feeling that he will never be able to try if he follows his vocation. He tells of brief but intense moments of eternity. It is therefore an autobiography that offers feelings of strong light-heartedness and freshness, in search of the highest wave.

Carrère in this exceptional biography chooses to tell the story of an acquaintance of his, whose life has always been dismayed by crime and violence. In fact, he speaks of Limonov, a waiter who travels between Ukraine and Russia, but who at the same time also delighted as a writer in Paris and as a soldier during the Balkan war. A book to read while sipping a good apple infusion, written by Carrère thanks to the direct testimony of Limonov himself: during their meeting, the now ex-criminal, tells of having abandoned delinquency, of having found a beautiful wife and world two wonderful children. Discover the passionate, romantic and dangerous life of this man; a life that threatened to immerse itself in history.

Beautiful. Indeed, the biography written by Isaacson on the life of the inimitable Steve Jobs is beautiful. It took him more than 40 interviews with Jobs himself and more than a hundred interviews with family, friends, acquaintances and colleagues to be able to tell the extraordinary life of an entrepreneurial genius, whose charisma has revolutionized the business world. While the rest of the world is concerned with offering the digital age the best product ever, Steve Jobs stands out for his intuition and great value and creates a perfect combination of technology and creativity. Thus was born the famous apple, which seems to be, indeed, is undoubtedly the greatest technological invention of recent times.
In the novel Isaacson talks about Jobs' relationships with colleagues, but above all with enemies and reveals his being so terribly perfectionist and diabolical at the same time. A genius who has no rivals and who has left a very strong mark, the beginning of a digital era that chooses to go beyond borders.

In our ranking of the best biographies and autobiographies, the success written by Mandela could certainly not be missing, who tells of a long and exhausting journey towards the much desired freedom, the right of all and the privilege of the few. Mandela talks about the fight against African segregation and the racism of his time without filters and for this reason he certainly deserves credit for never giving up, even in the most difficult moments. Its existence was sacrificed by choice, in the name of such an important cause for man. Mandela's story is very fascinating, from every point of view, and can only be read with a strong squeeze of the heart: the dignity and freedom of the human being are the cornerstone of this exciting autobiography. Reading this book certainly requires a moment of total peace, an enormous depth of spirit in order to open your mind to even the most negative sensations you may encounter.

Giovanna Pirri
5086 posts
Previous Post
Jennifer Lopez and Ben Affleck, the common strategy against the paparazzi
Next Post
Sport and self-esteem: what relationship?