The most effective natural remedies to combat menopausal disorders 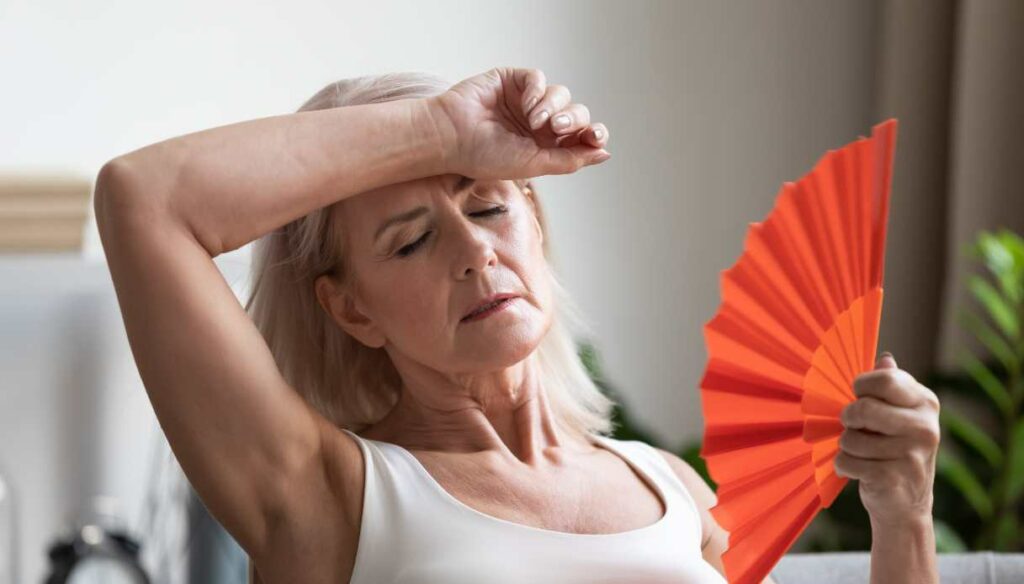 Menopause is an absolutely natural phase for every woman's life but it brings with it a series of very annoying ailments. Here's how to relieve them

Menopause is defined as the time when menstruation ends definitively. It is a physiological and natural phase that affects the life of every woman and that is part of a transition period called climacteric. The climacteric can last several years, up to ten, and occurs on average between the ages of 40 and 55. At the beginning of the climacteric, therefore in premenopause, the ovaries begin to reduce their activity and this entails on the one hand a decrease in estrogen and progesterone and on the other an increase in two other hormones, called LH and FSH. Hormonal levels then settle down when menstruation stops, which coincides with menopause.

On average, menopause occurs around the age of 50, but the disappearance of menstruation can also occur several years before or a few years later. Beginning with premenopause and up to postmenopause, therefore even after the disappearance of the menstrual cycle, many women complain of symptoms that are known as "menopause disorders" and which include a series of physical and psychological problems related to hormonal changes.

The most common disorders of menopause

Many women during climacteric complain of symptoms known as menopausal disorders. These are symptoms that can affect blood circulation, the gynecological and urinary system, metabolism, the osteroarticular system or the emotional sphere and which are caused by alterations in hormonal levels.

Symptoms can vary from woman to woman both in frequency, intensity and duration, just as those related to PMS and periods in general vary. These symptoms include breast tenderness, headaches and hot flashes, with redness of the skin, sudden sweating and a feeling of heat, which also occur during the night causing night sweats that disturb sleep. Sleep irregularity can exacerbate the irritability, agitation, nervousness and anxiety that many women experience during menopause and contributes to feeling less concentrated and more fatigued during the day.

After the cessation of the cycle, many women report a decrease in sexual desire and difficulty in having intercourse due to physiological vaginal dryness and loss of muscle tone that cause irritation of the vaginal mucosa and sometimes pain during intercourse. The pelvic floor muscles are also affected by the hormonal changes of menopause and, weakening, can lead to incontinence, difficulty in holding back pee and uterine prolapse.
The cessation of the menstrual cycle also has repercussions on the metabolism and this can lead to an increase in body weight and accumulations of adipose tissue in the abdomen. Finally, menopause also leads to disorders affecting the osteoarticular system and increases the risk of osteoporosis with demineralization of the bones.

It is very important at this stage to take care of one's diet and lifestyle in general, to adapt the diet to metabolic changes and benefit from food. A constant physical activity, even if moderate, is absolutely to be taken into consideration to keep the muscles and bones healthy, as well as to relieve stress, reduce anxiety and agitation and maintain the mood more high. Do not forget to also train the pelvic floor through Kegel exercises, which help prevent incontinence and prolapse of the uterus and keep the muscles of the vagina toned. To reduce vaginal dryness and prevent irritation, aloe vera gel is useful, also to be used every day or before and during sexual intercourse.

Meditation and breathing techniques, practiced every day, can then help reduce anxiety, agitation and nervousness. To promote sleep and rest, as well as making the bedroom comfortable and eliminating any sources of disturbance, it is finally possible to resort to herbal teas based on hops, lemon balm and sage: the first two have a relaxing action while sage regulates sweating.

Generally, hormone replacement therapy is used to counteract the symptoms of menopause, which is especially useful when menopause sets in early. In fact, the therapies are not only used to give relief in case of hot flashes and irritability, but to prevent osteoporosis and health problems related to the drop in estrogen. In addition to hormonal therapy, there are valid natural remedies effective against the symptoms of menopause, to better address this natural phase of women's life.

Phytoestrogens are molecules produced by plants with a similar structure to our estrogens. Cumestranes and isoflavones, considered the most effective against menopausal disorders, belong to this category. Where are phytoestrogens found? Soy beans, Kundzu (Puerara lobata), red clover, but also peas, brussels sprouts and bean sprouts contain a fair amount. In addition to consuming these foods at the table, supplements are used to guarantee the body an adequate amount of phytoestrogens. On the market there are tablets, capsules and liquid extracts with a high content of phytoestrogens, formulated specifically to improve the well-being of postmenopausal women.

Sage is an aromatic herb that has always been considered a friend of women. In particular, it is indicated for reducing hot flashes and night sweats. It is taken in the form of an infusion or mother tincture, also together with other natural remedies for menopause.

The rhizomes and roots of Black Cohosh are taken in the form of mother tincture or dry extract and are very useful for counteracting the disorders that can appear in premenopause and menopause.

Another plant useful against menopausal disorders is griffonia. This plant helps regulate mood, reduces the sense of hunger and helps maintain a healthy weight. Furthermore, griffonia has a relaxing action and helps to counteract the decrease in desire that can occur during menopause.