The must-see TV series on Sky 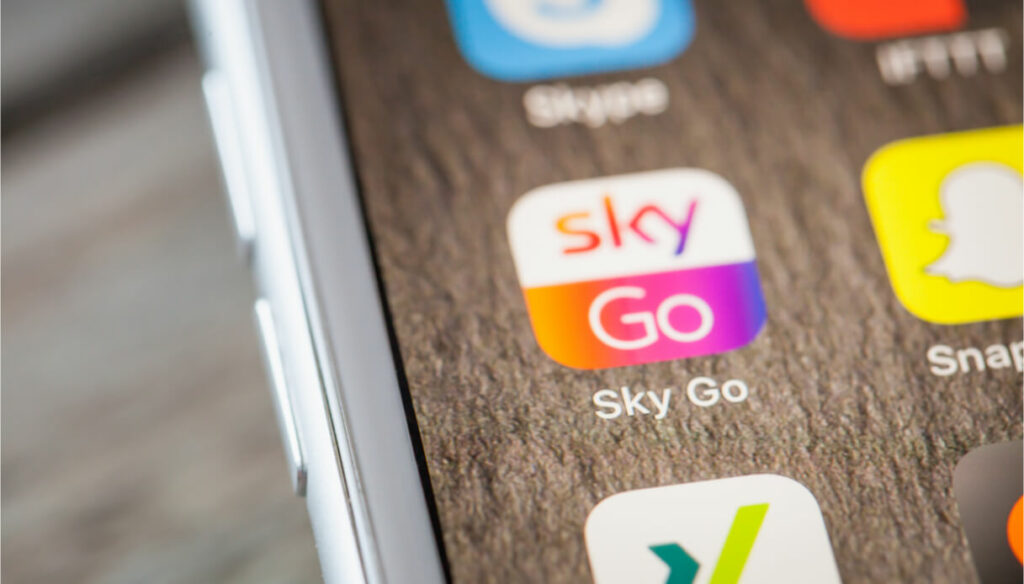 Are you always on the hunt for original and engaging TV series? Then don't miss the catalog of cult titles made available by Sky

Why Sky Atlantic? Because if you are a super fan of TV series, you absolutely cannot miss all the news of the moment: you can find the best TV series only here! Stop the weekends spent cleaning the entire house, it's time to take some time for yourself and relax on the sofa: off to a mega marathon of Sky movies and TV series. In fact, Sky offers a wide range for all tastes, in streaming and binge watching: from romantic to thriller, for an absolutely perfect family evening. Sky Atlantic is one of the most popular channels on the entire satellite platform and this is precisely because it offers programming dedicated to TV series of various genres: all titles that continue to thrill the public.

From today you can satisfy your hunger for TV series and films on Sky by pressing channel 110, which is characterized by a rich and increasingly successful schedule, ideal for adults and children. The programming works constantly to offer the public a choice that can be as wide as possible and that adapts to everyone's needs and tastes: there are many Original productions currently broadcast and just as many those coming soon. From Sky various products have been created that involve the public such as, for example, Gomorra, The Young Pope, Gangs of London and many others.

At the end of each year, Sky intends to take stock and draw up a ranking of the titles that have been most appreciated and that will certainly continue to be: in the face of such a rich choice, it is very difficult to establish which Sky TV series should be included in the ranking of ten best, but we want to try anyway. You could identify in our ranking the ones that most excited you and, who knows, review them to see if you may have missed some interesting detail. So, remote control in hand and get ready to watch all the crazy Sky TV series.

Gomorrah is undoubtedly one of the most popular and successful titles of the last year: completely of Italian production, it was aired for the first time on Sky, in 2014. It is literally becoming a real flagship product and is inspired by the novel of the same name by Roberto Saviano. This gripping series tells of the deeds of criminals, Camorra and drug dealers who operate in the suburbs of Naples: two powerful Neapolitan families find themselves, respectively, to fight bitterly to conquer new portions of land.

Why see it? Each character is described in a very crude way and as real as possible, sometimes presenting greedy and brutal behaviors. Action is certainly the focus of this engaging Italian TV series without equal.

The Young Pope is a Sky TV series not to be missed: Paolo Sorrentino offers us a masterpiece of a dramatic genre that involves Jude Law in the guise of a Pope. Here the accession to the throne of Pope Pius XIII, elected at a very young age and who nourishes within him a strong sense of abandonment due to his traumatic life span. Lenny, the protagonist, is characterized by a double personality: in fact, he is in part very cynical and vain, but at the same time he is attracted by the luxury that he should refuse by virtue of the dress he has chosen to wear. He was elected by the college of cardinals, as a mild personality and of little political depth, but right from the start he proved to be a rather difficult personality to manipulate, rather Machiavellian. And it is therefore the strongly perceptible clash of these two temperaments that make the story particularly exciting.

Why see it? Because it is an original and intriguing story, which touches on very delicate themes. And for the protagonist, fascinating as only Jude Law can be.

At the center of the whole story of 1992 are the personal stories of six different characters during the Tangentopoli scandal: their lives are strongly intertwined with the civil and political earthquake of the time. We are talking about fictional characters, whose personalities are precisely described in the first two episodes of the series: we have Leonardo Notte, advertising and marketing expert who works for Publitalia; Veronica Castello, bewitching showgirl willing to do anything to make it big on TV; Bibi Mainaghi, daughter of a very wealthy Milanese entrepreneur; but also Pietro Bosco, a former militant who later entered politics by militating in the Northern League and the policeman Luca Pastore.

Why see it? The story develops in a clear and linear way, following a well-defined logical thread and all the actors are best placed in the parts assigned to them. Very interesting is also the presence of some clips of the news of that time, perfect to make us relive the moment.

On the Riviera, Georgina is an art lover who lives in unbridled luxury thanks to her marriage to a wealthy and very powerful man. But it is precisely when her husband loses his life due to an explosion on a yacht, that the apparently wonderful life of this young woman takes a completely different turn: investigating and being totally convinced that her husband's death is not an accident, Georgina uncovers a shady circle of commercial operations and criminal affairs.
This young American art curator is willing to do anything to discover the truth, protect her heritage and the villa on the French Riviera left by her late husband

Why see it? Twists and turns and action make this series a Sky Atlantic must-see.

Gangs of London is one of the most successful Sky TV series of the last period and is based purely on action. It is set in London, just as the title itself states, and follows the shady stories of gangs and criminal organizations. The crux of the story, in fact, is the death of the head of one of the most powerful families in the city and the sudden power vacuum that inevitably arises after the incident: it is necessary to find out who decided to execute it. It will be Sean Wallace who takes his father's place and collides with the most feared criminal rivals on the streets of London. Should our protagonist be careful of his closest followers? We really believe so: don't miss a single episode of this exciting Sky TV series.

Why see it? The struggle for power will keep you in suspense and the twists will not be lacking.

I was hoping de died first

Do you want to surprise yourself with a series entirely dedicated to one of the undisputed champions of the world of football? Then you absolutely cannot miss Speravo de died prima: a Sky TV miniseries based on the autobiography of Francesco Totti, a former Roma player. It deals with the end of the long football career of the Roma captain, delighting the viewer with a series of archive images of the most memorable moments of his career. It consists of six episodes, all focused on the last two years of the famous number 10 of Rome and at the center of the scene we find an exceptional Pietro Castellitto. Totti will fight endlessly to continue playing and to say goodbye to football according to his rules.

Why see it? To find out more about the career of one of the most famous Italian footballers and how the “spoon” phenomenon was born.

The truth about the Harry Quebert case

Based on the novel of the same name, this is an American Sky television miniseries that has conquered the most romantic and sensitive hearts. It tells the story of a well-known writing, Harry Quebert, accused of a murder that took place 33 years before Nola, a fifteen-year-old of breathtaking beauty. It will be Marcus Goldman, aspiring writer and narrator, to investigate and fight being blindly feast of his professor's innocence: the young man discovers all the dark sides of an apparent quiet town in Maine and discovers surprising truths that will allow him to grow into quality of writer, but also to release his mentor. The characters in this series always find themselves in the balance between the desire for spontaneity and honesty and the inability to be themselves, considering that everyone is hiding something terrible. All this leads the viewer to constantly bet on who could be the real killer of the young Nola and to constantly change their opinion.

Why see it? The plot is very captivating and the ending will certainly leave you speechless!

Diavoli is born from the novel by Guido Maria Brera, which is inspired by the financial crisis of 2008 and is set in the English headquarters of an important American bank, right in central London. An Italian trader who has made room for himself with all his might and has reached a high-level position in the Olympus of finance, following the advice of his mentor played by Patrick Dempsey, then has to choose whether to stay by his side or go to war with him. In the cast we find well-known actors in addition to Dempsey, a mix of Americans and Italians, including Alessandro Borghi, Laia Costa, Kasia Smutniak and others. For Borghi this production was yet another demonstration of his enormous acting skills and his great versatility.

Why see it? It is certainly a story of great depth, interpreted by high-level actors and told with great creativity: once again we are dealing with very complex characters, with a thousand shades and certainly not among the best of the case. The peculiarity of this series lies precisely in the fact that it enters completely into the world of finance, for which it is certainly good to have a passion and not be bored in front of the television. This production embraces an international audience, being then a fusion between different countries and cultures.

Giovanna Pirri
4972 posts
Previous Post
Elisa Isoardi breaks the silence after the injury and the farewell to the island
Next Post
Can Yaman and Diletta Leotta: "A missed trip behind the crisis"