The nutritional properties of chicken: lots of proteins and few fats 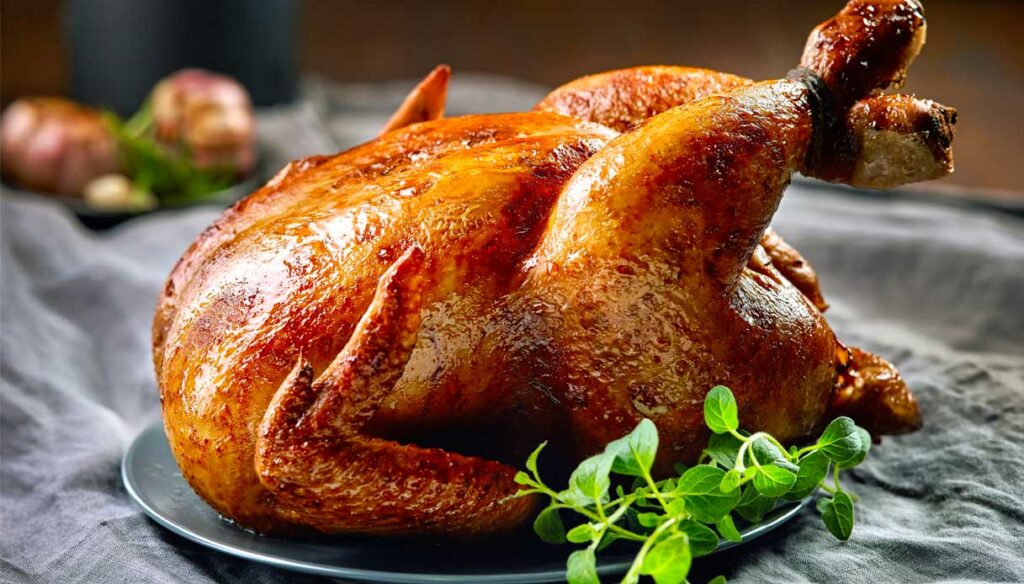 Recently, science has shown that the consumption of chicken meat is not associated with an increased risk of wellness diseases

Chicken is one of the most loved foods by Italians: suitable for feeding people at every stage of life, from weaning to geriatric diet, it has high quality noble proteins, a rather low fat content and has been considered by experts a food that, to all intents and purposes, is not associated with an increase in the risk of diseases of well-being.

Chicken meat has a protein component defined as “noble”, that is, it contains all nine essential amino acids that man is unable to synthesize and that he must take in through the diet.

The fat content, especially if the skin is removed, is rather low. In the leaner cuts, the lipid content of the chicken is around 1%. To this we must add that the fats of poultry are made up, in high proportion, of fatty acids favorable from a nutritional point of view, especially mono and polyunsaturated. In chicken, only about one third of the total fat is made up of saturates which are attributed negative health effects. Furthermore, compared to other meats, poultry ones contain significant quantities of polyunsaturated fats, such as omega 6 and omega 3. For this reason, in fact, in most Western countries where the consumption of fish (the preferred source of omega 3) is rather limited, poultry meat is estimated to be an important source of these fatty acids.

Chicken meat is also a source of vitamins, particularly niacin, and minerals. From this point of view, the composition of micronutrients is very similar to that of red meat. A false myth is that chicken is low in iron. Wrong. In reality, despite being white, chicken meat, as well as turkey meat, have more or less the same iron content as “red” ones. An example: 100 grams of chicken thigh (cooked without skin) contain 1.4 mg of iron and turkey breast 1.5 mg, quantities absolutely comparable to that of the most common red meats, such as adult beef ribs (1 , 3 mg), adult beef loin (1.4 mg – Source: INRAN 2000).

Chicken meat is extremely digestible and, thanks to the good protein intake, the low fat content and the content of vitamins, in particular of the B group, and of minerals including iron, it is suitable for the diet at all stages of life , and also in those who practice sports. The low collagen content and the smaller caliber of muscle fibers compared to other meats, make them particularly digestible and therefore suitable for those who, despite having an increased energy requirement, need not to get too heavy.

Recently, science has confirmed that eating chicken is not harmful to the heart. According to the first Consensus Document on the role of poultry meat of the Nutrition Foundation of Italy (NFI), a modest negative (i.e. favorable) association is observed between the consumption of poultry meat and mortality from cardiovascular causes: this allows us to exclude any correlation between poultry intake and mortality caused by this type of disease. Furthermore, the examination of epidemiological studies has shown that higher levels of consumption of poultry, fish and nuts correspond to a lower risk of coronary events than that associated with the consumption of red meat. The merit seems to be mainly due to the low iron content in the heme form, sodium and the presence of polyunsaturated fats in poultry meat. In this sense, the consensus document concludes, the consumption of poultry meat, as an alternative to other protein sources, could represent a useful strategy to control coronary risk.

Epidemiological evidence also confirms the absence of a statistically significant relationship between the consumption of poultry meat and the development of type 2 diabetes. wholemeal, fish, fruit and vegetables and the simultaneous reduction of fatty and processed meats, starches and sugars, seems to be effective in the prevention of this disease.

The reduced presence of saturated fat, iron in the heme and sodium form, together with other factors, would also explain the different impact recorded on the risk for some types of cancer. In particular, according to some scientific evidence, the consumption of white meat has been associated with a reduction in the risk of esophageal cancer, while no type of negative influence has been described for stomach cancer and colorectal cancer. , for which eating habits that include, for example, an excess of salt in foods that are rich in salt such as processed meats, would instead induce unfavorable effects.

Boneless and stuffed, baked or roasted, accompanied by sauces and vegetable purees, as a base for broth (also ideal for fighting seasonal diseases) and soups, perfect even in salads, chicken lends itself to many preparations (Here you will find delicious recipes). The important thing is not to wash it before cooking, to prevent any dangerous bacteria such as Salmonella or Campylobacter present from spreading in the kitchen (this was also stated by a report made by the US Department of Agriculture and North Carolina State University). In fact, cooking is enough to eliminate germs. After handling it, it is still important to wash the used utensils and shelves with hot water and detergent (in addition to the hands, of course).

Maria Teolis
3321 posts
Previous Post
Dancing with the Stars, the cachets revealed: the highest paid competitors
Next Post
Angelina Jolie, who is the ex Jonny Lee Miller with whom she consoles herself