The Okinawa diet, to lose weight and live a hundred years 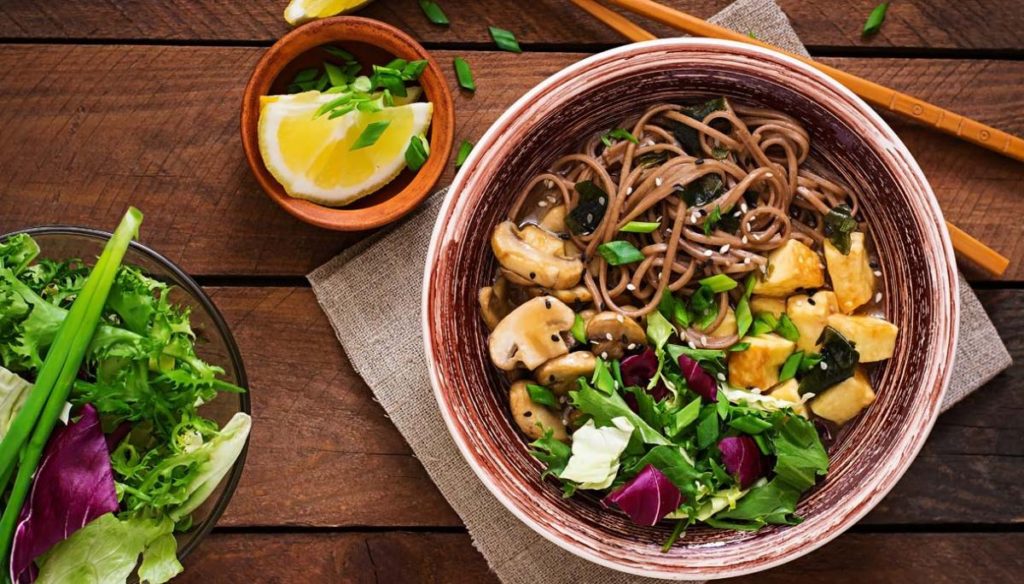 It is inspired by the diet of the inhabitants of the homonymous Japanese archipelago. Breakfast, lunch, dinner and snacks: here's what you eat 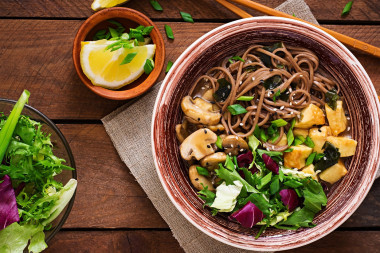 Okinawa Diet, to lose weight and live a hundred years

The Okinawa diet takes its name from the eponymous archipelago of Japanese islands. Become famous all over the world, it is inspired by the food of its inhabitants who are known for their longevity. In fact, on the Okinawan islands, the average lifespan is 81.2 years, the highest in the world, and 20.6% of the population is centenarians or more. A place where the average body mass index is between 18 and 22, while in European countries it is 24.7.

Why right here? Scholars have puzzled as they studied the phenomenon and have come to an interesting conclusion: all thanks to the diet. First of all, in Okinawa there is a particular vision of nutrition. The key is the term ishokudoghen, that is: food is a medicine, so never underestimate its power. One of the passwords for those sitting at the table is hara hachi bu, which is the rule of eating only 80% of what our appetite would force us to do. The third concept, and not the least important, is related to the way of cooking, which adheres to the term tiandaa, that is to do something with love. Completely banned from ready-to-eat foods and prepared quickly.

The Okinawan diet, having a low calorie intake (1,200 kcal per day) promotes weight loss, but this is not its only advantage: thanks to the richness of fiber and Omega 3 reduces cholesterol and helps prevent diseases such as diabetes, stroke , heart disease, cancer.

The food of the inhabitants of Okinawa is different from that of Japan and is influenced by Taiwanese and Chinese influences. First of all, the fish is consumed in triple quantities compared to the average in Japan; it also consumes less rice and a little more meat, but always in limited quantities.
One of the most common dishes is Chanpuru, based on sauteed vegetables and tofu. Vegetables and soy are one of the cornerstones of nutrition: they consume 7 to 13 servings a day and are antioxidants, like fish. In Okinawa then, as in the whole East, food is flavored not with salt but with spices and in particular with curry, with anti-aging properties.

But let's see in more detail what foods the Okinawan diet provides. Let's start with breakfast with the ever-present green tea (alternatively soy milk), wholemeal bread, fresh cheese, fruit. At lunch we prefer vegetables to be consumed in large quantities (from 7 to 13 portions a day), which have few calories and a high satiating power: zucchini, cetroli, broccoli, asparagus, potatoes, tofu, algae but also mushrooms. In the Okinawan cuisine the goods imo, a type of purple potato and goya, also called bitter melon, are consumed. A classic of Japanese cuisine to be consumed in this diet is the miso soup, based on soy and vegetables, as well as, of course, sushi and sashimi.

Protein dinner for evening dinner: fish is eaten at least three times a week, including shellfish and shellfish. The steamed fish is excellent, accompanied by rice and whole wheat pasta. Meat should be taken with moderation (chicken but without skin, horse meat, beef and veal) but the red one is banned. Fresh eggs to be eaten in moderation, natural yogurt and fresh cheeses allowed. Healthy snacks such as fresh fruit and vegetables are allowed between meals.

However, Western food influences are negatively affecting the Okinawan population, so much so that the problem of obesity has also appeared. But the principles of the Okinawan diet can easily be followed in other countries too, with the hope that it will help us lose weight and live for a hundred years.

Maria Teolis
3548 posts
Previous Post
Organic cosmetics: how to recognize them
Next Post
Kate Middleton, revealed the real reason she was absent at Meghan's Baby Shower