The positions and benefits of Anusara Yoga 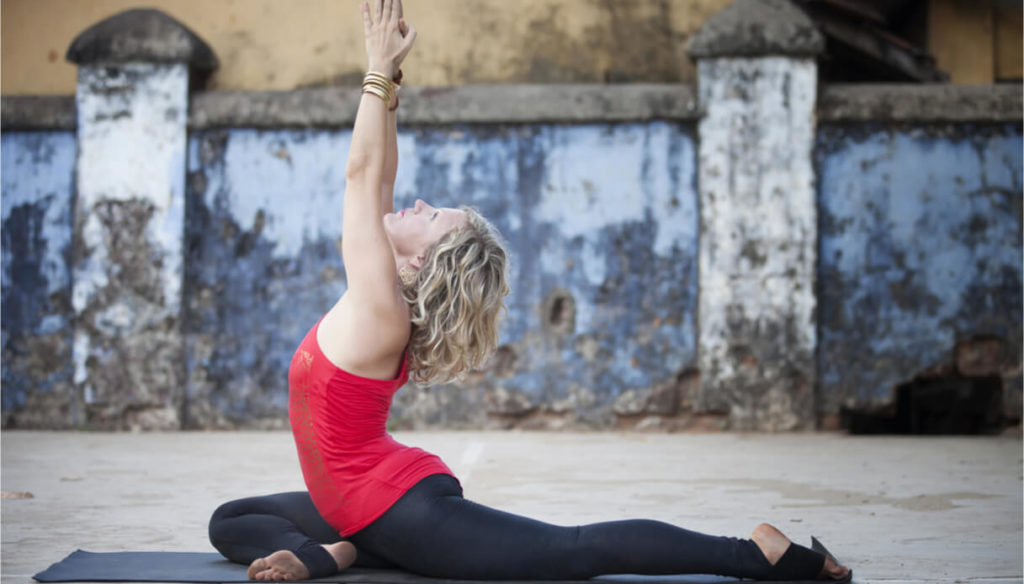 Find out more about Anusara Yoga, a type of yoga capable of giving you physical and spiritual well-being and relief: this is what it is

If you want to choose the practice school that's right for you or enrich your background in the wonderful world of yoga, get to know Anusara yoga more closely through its origins and positions.

Back in history: Anusara Yoga, what is it?

This time you don't need to travel back in time to the Far East, just catapult yourself to the United States at the time of John Friend, who, born in 1959, at the age of 13 begins to lay the foundations of a real school of practice. After leaving the Integral Yoga Hatha teaching, after many years of teaching he decides to found his own style, the Anusara. From that moment Friend began to educate teachers and founded centers as well as in America, in Europe and Asia. To understand Anusara Yoga as it is, we need to look at its Sanskrit etymology that can be translated as flowing with grace.

It is one of the styles that has grown the most in recent years based mainly on the philosophy of tantra. The word tantra today is very widespread and has various meanings, although they are not as well known. It can indicate the weave of the fabric, the shuttle, a mystical or magical doctrine, a scientific work but also the performance of a ceremony. In this context, tantra means a set of ancient doctrines and practices aimed at expanding the ordinary state of consciousness. The sexual reality linked to the tantras actually constitutes only a minimal percentage of the teaching, aimed at uniting body and mind through energetic asanas.

Anusara yoga has 3 postures known as the 3 A's of Anusara. A as aptitude, that is, the ability to adapt to daily challenges; A as alignment, the need to respect precise physical lines during the exercises and A as an action, the desire to make the discipline climb over the walls of the schools and take it to any place it can be practiced. The positions follow the continuous flow of the heart rhythm and are illustrated in classes (as the lessons given by experts are called in jargon) which have characteristics in common as well as other peculiar ones. Among the peculiar elements of the Anusara there is the beginning: the practice is greeted with an invocation that takes place through song and meditation.

At the end, after the various sequences, a deep relaxation in Savasana (the position of the corpse) is expected as always. The finish also requires the right concentration: the muscles are free from any obligation and the goal to be achieved is the complete decontracting of all parts of the body, starting from the forehead, passing through the tongue up to involve everything else for get to the toes. At the end the classes repeat a short meditation and a final song in the same way as at the beginning, as if to emphasize the circular aspect of life. The exercises can require a great physical effort however repaid by the positive thinking that arises as well as a sense of marked lightness and flexibility, not only purely physical.

The alignment principles of Anusara yoga

Alignment, as seen above, represents one of the 3 asanas on which Anusara Yoga is based and is based on 5 principles, called universal alignment principles. The first is the openness to grace, the attitude of mental openness stimulated by exercises that amplify the extension capacity of the upper and outer limbs. The second principle is muscular energy: the goal is to attract energy to oneself from the outside to bring it towards oneself and to be able to carry out the steps required that require concentration and strength, which also results in the ability to balance, which is fundamental . Then there is the internal spiral that originates in the soles of the feet, a point of support from which the balance derives and which acts as a channel where energy is conveyed through the body. The external spiral instead departs from the pelvis and then flows backwards, downwards, reaching the feet. Organic energy, on the other hand, appears as an overall energy flow that moves from the center of the body to the more peripheral areas.

The benefits of Anusara Yoga are surprising at any level: physical, mental and spiritual. If you are a lover of practicality and a little less than the spiritual aspect, you can try your hand to witness firsthand how a frequent practice (but the results are visible even from the first time) can greatly alleviate back pain due to interventions, scoliosis, headache, joint pain or in general aches or muscle stiffness. Body and mind, as we know, work in combination, and here the mind, perhaps helped by good music, moves away from obsessive worries or thoughts to recalibrate itself, listening and relaxing your body to acquire greater mental clarity. . Finally, spirituality. It is not necessary to embrace a religious belief, it is enough to cultivate that part of the self that aims to move away from the false needs promoted by modern society to acquire a new awareness in which the ego is at the center of everything, an ego capable of listening to itself before addressing the ear around him.