The rebirth of Bianca Atzei: “My song is now free” 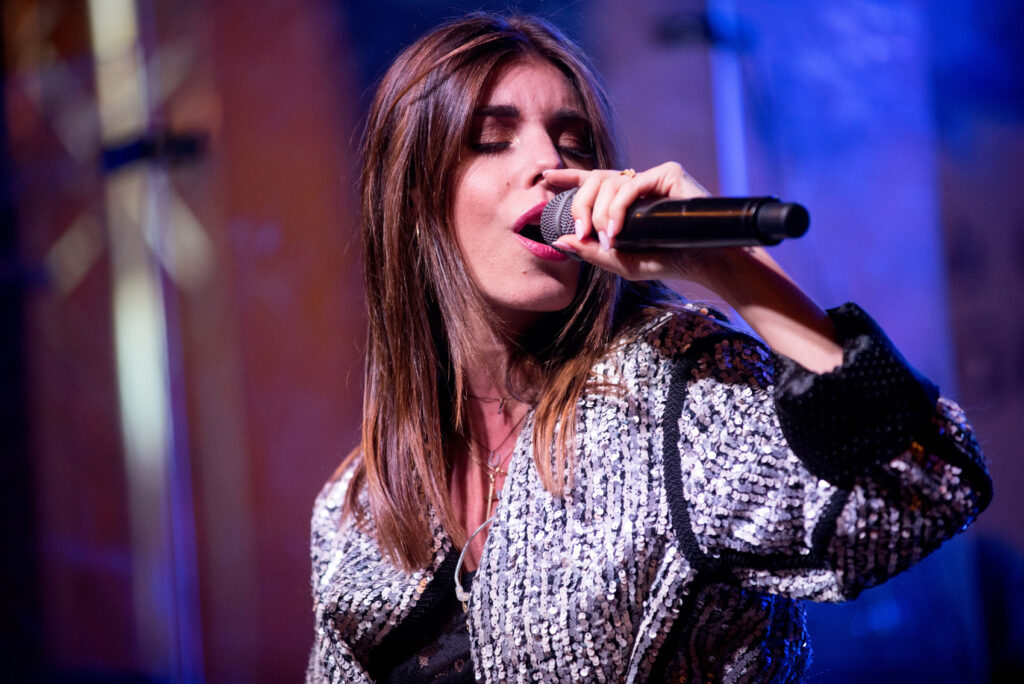 There is not only a new symphony, there is also and above all a regenerated woman behind Veronicathe second and very recent album by Bianca Atzei, released seven years after the first studio album. In this project, full of duets and collaborations with Italian and international artists from Arisa to Cristiano Malgioglio, Virginio, Briga and J-Ax, the Legno, nothing is taken for granted. Neither the artistic vein of Bianca that emerges in eleven songs varied by genres, words, vocals nor the renewed existential current of the singer. Why this compilation, also followed by the release on July 1st of the unreleased single Playa Nerais the symbol of her rebirth, as she herself says to Feel good.

Let’s start with the title: why did you choose “Veronica”?

Veronica is my real name, which I then changed artistically to Bianca at the beginning of my career. I decided to use it because I no longer need a mask. Now I play with my cards exposed and this new work expresses my interiority at 360 degrees. To find out, I had to dig into my roots, starting with the name I didn’t like and didn’t accept.

How do you feel now, Veronica or Bianca?

Just a more aware person. Before, I was competing between Bianca, happy to be on stage, in front of the spotlights, always smiling, and Veronica, with a darker side, withdrawn, melancholy. It was a constant struggle, driven by the desire to erase Veronica and exalt Bianca who, in her words, made me appear happier and stronger. But it was just smoke in her eyes, in reality everything I felt remained inside me, chained. Because, in fact, I was not free to be able to express myself, as a person and as an artist.

At what point have you arrived?

Now, inside of me Bianca and Veronica have made peace and found the right balance. At the age of 35, in fact, I realized that one could not exist without the other, since they give each other strength and, in the end, they are the exact same person. The truth is that if Veronica hadn’t been there, neither would Bianca and that, if Bianca is well on stage, Veronica is happy too. This union, my true essence, I brought out by making this record. Each song is a nuance of Veronica, Bianca’s nascent core, where it all started.

How important was it to accept being yourself?

Fundamentally, awareness is winning dynamism. It is an engine of life, because only when we take note of ourselves, of our experience, of our present, of our aspirations are we able to question ourselves. To renew ourselves. The Veronica project, in fact, is my rebirth. It allowed me to bring out the courage that I had forgotten for a while.

Reinvent yourself: does it have a deadline?

No, it is never too late. The important thing, at a certain point, is to trace ourselves, to be able to feel good. Could this have happened to me before? Of course, who knows where I would have come, what direction my personal and professional life would have taken if I had changed a few years ago. But it has happened now, and that’s okay. It is useless to look back, to mull over bad memories, remorse, regrets. The past always remains within us, for better or for worse, but from here to being conditioned it passes… I just want to look ahead.

Does your renewed awareness rhymes with fragility?

It is not credible to show that one is always winning, the truth is another. I felt stronger when I admitted my difficulties aloud, from participation in the Isola dei Famosi, where I told my disappointments in love, to the heart problem that arose during the first performance at the Sanremo Festival in 2015 until to the loss, a year and a half ago, of the baby I was finally expecting, after so many tests and treatments to have it. No, I was never afraid to get naked, also because life is not just smiles. The problems are there for everyone, and the best solution is to share them with others. Because feeling part of a big family gives me the strength to go on and being able to lend a hand makes me feel more serene.

You like to share, and you can hear it on your record too. But with someone more than others?

I have always had a very strong bond with my mother who supports me and endures a lot in every situation. She is the only one who can cheer me up at any moment. She is the only one who understands, understands and knows Veronica and Bianca. She senses my every glance, captures every word, she knows how I am. And I’m a super complicated person. It’s not easy to keep up with me …

What importance do dreams have in your life?

A lot, without always sticking there, in the same territory. While if you fantasize you always have the hope that something good, different will come true in your life. With dreams we can create all the projects we want in our heads and thus give a direction to our life.

What will your rebirth lead you to?

Even just the thought of being able to accomplish something you want reassures you, at least it has this effect on me. And I have a lot of things I would like to do, songs for sure, but also acting in a film, becoming a mother, painting, creating my own collection of clothes. Now that I have managed to become myself, I no longer wait for someone to do what I want, I just do it. In this path of awakening, age has made me more secure, but above all the awareness that freedom means having the possibility to decide, to choose, to change, to transform, to take a new direction.

In short, experimentation as a life inspiration …

Yes, I feel constantly changing. And my new album, which ranges from one melodic genre to another, ultimately represents my desire to be a bit of everything. Also from the relational point of view: each duet represents a magical encounter with that artist, who gives body to unique emotions. With Arisa, we sang love in all its nuances in Le stelle; lightness with the rap Briga in Television; with Cristiano Malgioglio in We are all equal we made fun of the female (and not) attraction to the “beautiful but impossible”.

All embellished with the flowers that often accompany your photos on Instagram.

You also say that your songs are like flowers … I realized that, at my age, it is much nicer for a woman to receive flowers than a purse. I realized it, too, maybe a little late but I love it because she makes me feel more wanted, appreciated. The flower for me is the symbol of femininity. Then, saying that each song looks like a flower is like saying that there is a revival to each song, something new, free, fragrant.

Never stop in front of obstacles

“I was lost, let go. I had no more stimuli and, if I’m not well, I can’t even write », Bianca Atzei tells us. But how did she manage to “break the sky” to paraphrase a verse of her song by her The Stars and find herself? «The turning point came during the lockdown. I stopped, looked inside and realized that I had to change everything a bit. Without fear or shame, I asked a professional for psychological help. That’s how I am: in the face of an obstacle, I become combative, I don’t want to succumb. Now, for example, the fear of flying has returned. But I try not to see it, I take the plane, and that’s it. Maybe, I squeeze the hand of those around me ». Because, as she wrote on Instagram, “I only want to shake with happiness”.

Federico Viri
1179 posts
Previous Post
Does your car stink? Here is the natural and inexpensive remedy you did not expect
Next Post
These zodiac signs don’t know how to regulate themselves: be careful with them!
Menu