The two-tone cut: perfect for those who are not afraid to dare in the summer! 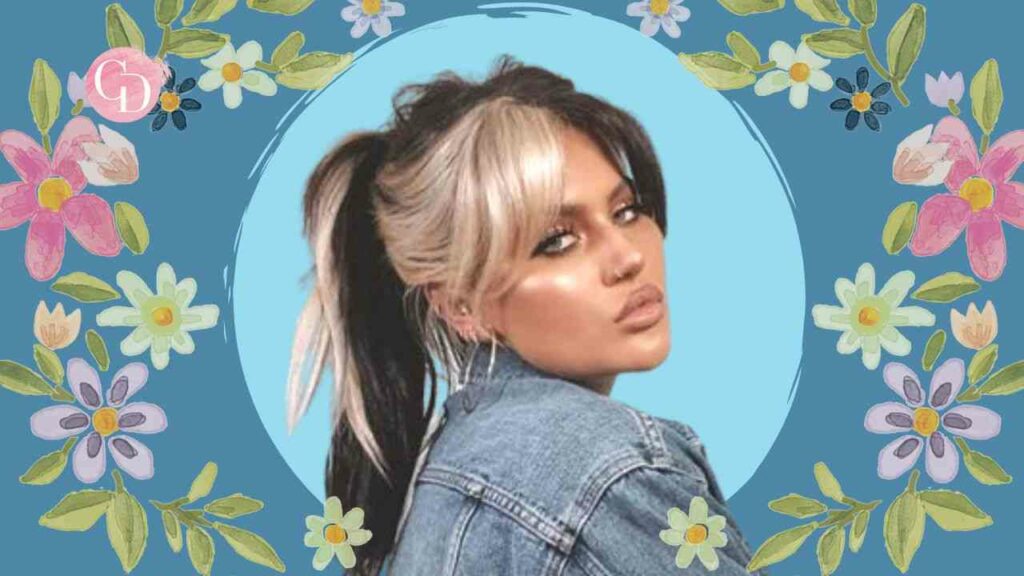 If you are a lover of excesses, here is the two-tone cut can really be for you. What’s it about? We will explain it to you.

Because choose between two hair colors when you can have two on your hair at the same time? 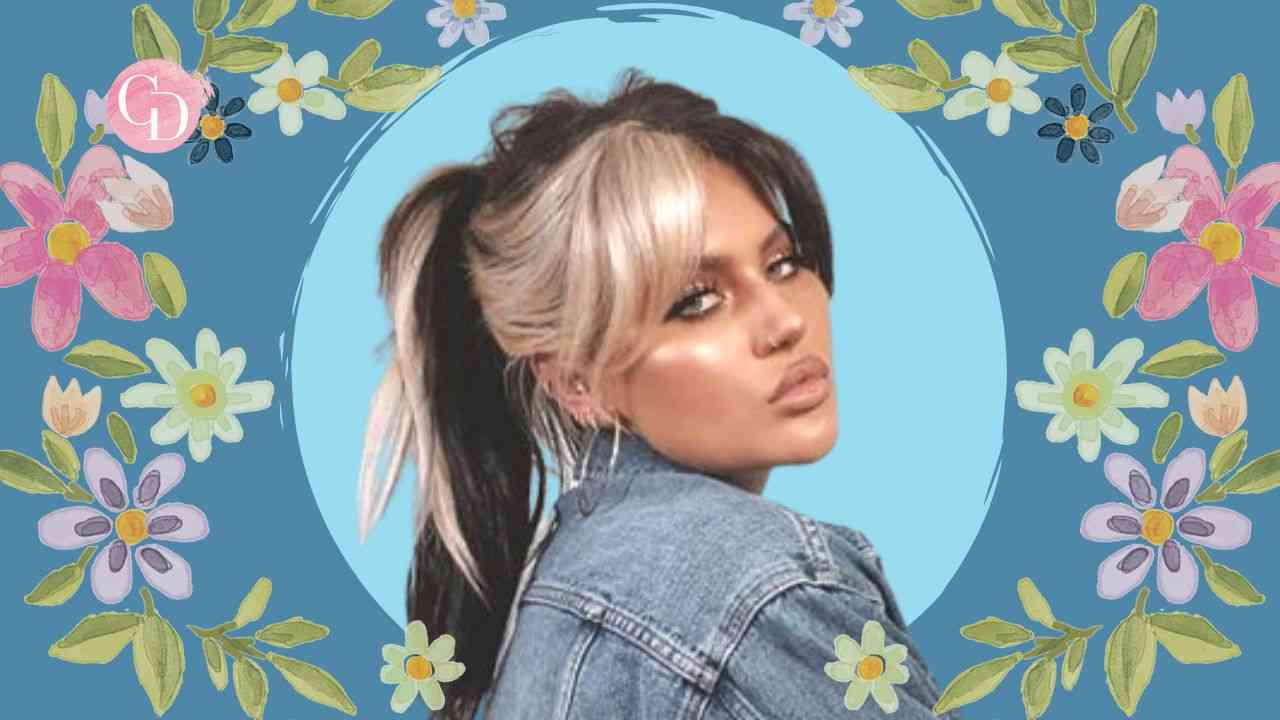 For the eternally undecided, but also for the most whimsical and for women who are not afraid to experiment, the fashion of two-tone hair is born, the latest trend of the summer, which started as a super stay of the caliber of Dua Lipa – it is not a pun on his name – and arrived on the heads of all of us mere mortals.

What can help you? There central row, which acts as a divider and that it can perfectly separate our hair into two equal parts.

But not necessarily, because we can also choose to simply color contrasting tips and bangs. In short, the possibilities we have are so many.

In practice, it is as if two different entities live on our heads, reminding us that we can be whoever we want, without restraints, without delay, without rules.

Don’t we know how to choose between a decidedly more eccentric pink and a platinum, original, but much more basic? We don’t have to do it, we can opt for both.

This trend has no limits: space for imagination, we welcome our indecision and transform it into originality.

In fact, we can choose to combine the same nuance but declined in different ways, focus on extra strong contrasts, or play on our natural color, to which we can combine a bright color.

Obviously, however, this fashion assumes that it exists a suitable cut on which to apply it. What are the best to welcome it? The helmet for example, especially when we talk about “shock” colors, which in this way will be softened by the midi length.

But also an even long cut it can do for us anyway, to give our allure a touch of refinement.

We can also decide not to make rash decisions and to try this “header” in a non-permanent way. How? Taking advantage of poptarting, another summer trend that consists in experimenting with different nuances and shades – strictly all together, of course, but not permanently.

It is therefore a temporary coloring, a cross between Y2K fashion and contemporaneity, where the only imperative is to indulge yourself without the fear of making mistakes (after a certain amount of time the color goes away and the color becomes just a faded memory).

That said, how can we put this two-tone cut into practice? Here are some ideas to take inspiration from.

Two-tone cut: everything you need to know about it

Landed directly from Hollywood and exported all over the world, the trend of two-tone cuts is literally depopulating. 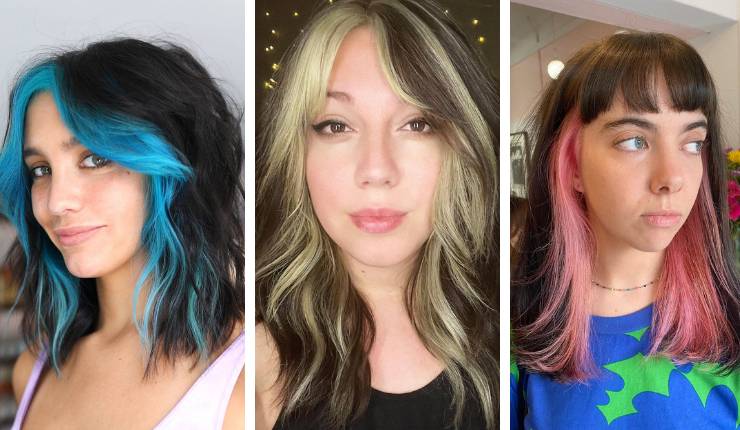 Because? Probably because it’s unconventional, it makes you unique, it’s singular, but still glamorous.

Yes, because this new trend is a sign of determination, of the desire to appear as one is and not as one should, the ability to be herself at all costs.

As we have anticipated, everything is in thecombine two different colors together – complementary, similar, or contrasting – to have a wow effect.

But in reality it is not as simple as it seems and therefore to meet you and show you that your possibilities will be truly infinite, here are some ideas – kindly borrowed from the Hollywood VIPs – from which you can take inspiration.

The first super star from which to take inspiration is the aforementioned Dua Lipa. We know very well that she is a style icon – and of course musical too – and that her successes are not only professional. Her outfits, her makeup, her hair are imitated by everyone, all over the world.

Here she was one of the very first to show off the two-tone cut, already a couple of years ago. Which? A sharp contrast between the black in the lower part and the blond at the top and sides of the face.

There is also a trend, called skunk hair, which consists in combining blond and brown. The name derives from skunk – polecat in English – and is precisely due to the fact that the combination of these two nuances recalls this animal.

But not only that, because the most nostalgic will also remember a similar color turning between the Spice Girls in the 90s. And in fact it is just like that, they had foreseen everything.

And in this regard, if instead we combine red with blond? So at the start with the money piece highlighters, the front blonde locks, to be applied strictly on the red base, in full Ginger Spice style.

And again, we know very well now that when it comes to generating trends, TikTok is the master and in fact right from the social so-called Money Piece Highlights arrive.

This is a trend – which has spread above all among the components of the Z Gen – which consists in lightening only the two strands on the sides of the face. What colour? It depends on the effect you want. You can choose a platinum blonde, a darker one, or opt for bright and bright shades.

Then there is another trend: that of color only the tips and leave the natural base. In this way the effect will be that of “dipped in color” (just dipped in color).

A example of combination? Black and red. If you have a very dark base, try dyeing only the tips a bright red and you will see that the effect will be more than trendy.

Another version of two-tone cuts is made up by crunchy highlighters. What are? Trivially we could also call them streaks, but in reality they are much more, because if the purpose of the latter is not to appear too different from the natural color, in this case our purpose will be the exact opposite.

We want to stage a real 90s revival? Choose them blonde and big and apply them on your brown hair.

Another winning combo? Silver and black. Try starting with silver base and colors only fringe and lengths of black. You will see that the final effect will be amazing.

For lovers of extremes, for those who love to dare and for those who are not afraid to exaggerate, here it comes the sorbet effect hair. Things? A cross between an orange color (on one side of the head) and a peach pink (on the other). Preferably all on a bob cut.

If at the beginning of the summer you had opted for a shullet, then, you can try to make this two-tone too (and you will be perfect indeed). How? Daring with a strong contrast, such as fuchsia and black.

Another union is that between the chestnut as a base and the candy pink on the lower part of the hair. Or, similarly, if you have a dark base, you can also think about coloring the locks that surround your face with blue (or one of its variations).

And if you want to find out what are the summer hair trends, here is our guide.

In any case, the two-tone cut is all we need to be original in a few steps.

Angela Cannovale
144 posts
Previous Post
Do you know what you need to eat and drink during your period to avoid gaining weight?
Next Post
The sister of the pastiera, good to prepare all year round
Menu