The Undoing: 5 things to know about the series starring Hugh Grant and Nicole Kidman 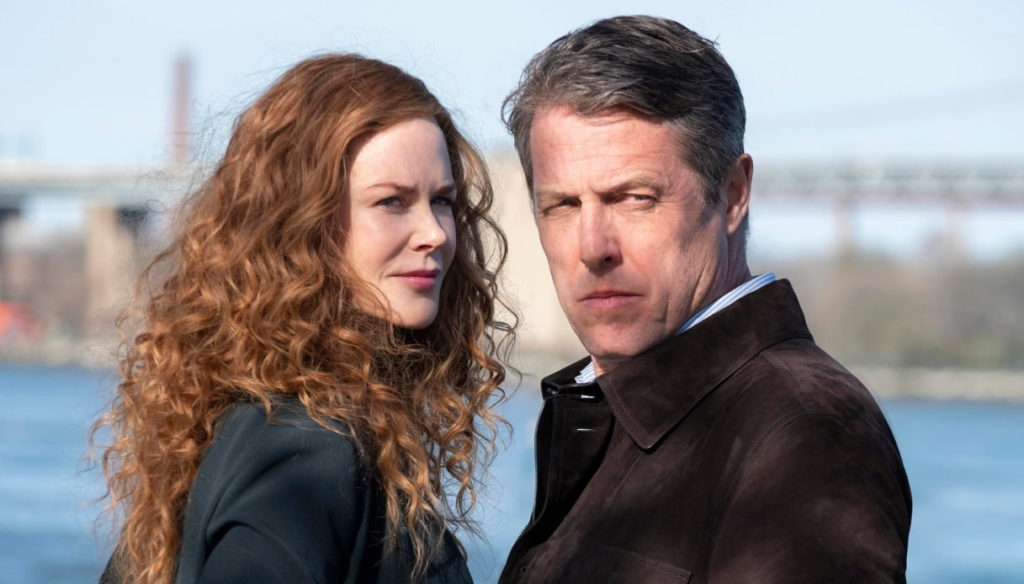 The secrets and curiosities about "The Undoing", the new series with Hugh Grant and Nicole Kidman

The Undoing is the title of the new TV series starring Hugh Grant and Nicole Kidman. A show full of twists that tells the seemingly perfect life of a couple, between unspoken truths, a broken marriage and a brutal murder.

The plot of The Undoing

Dark-hued thriller with dream locations, The Undoing tells the story of Grace Fraser (Nicole Kidman), a New York therapist who apparently lives a perfect life. She is married to Jonathan Fraser (Hugh Grant), a renowned oncologist, and has a son, Henry (Noah Jupe), who studies at a wealthy private school. After the death of a woman, Grace's existence will be upset by a series of revelations that will push her to question everything.

The protagonists of The Undoing

The protagonist of The Undoing is Grace, played by a sublime Nicole Kidman. Next to her an exceptional cast consisting of Hugh Grant, who plays the role of a successful oncologist and husband of Grace, and Donald Sutherland, who lends the face to Franklin Reinhardt, Grace's father. Finally we find Édgar Ramírez, in the role of Detective Joe Mendoza, and the splendid Matilda De Angelis who is Elena Alves, a young artist, particularly linked to Grace.

The Undoing series was highly anticipated by the public and did not disappoint. Attention is drawn not only to the intricate story, between lies and twists, but also the places where the scenes were shot. First of all, the luxurious house where the protagonist, played by Nicole Kidman and her husband Hugh Grant, lives. The property, valued at around 30 million dollars, is located on New York's exclusive Fifth Avenue. The interiors are a real spectacle for architecture enthusiasts, including dark wood furniture, original wallpapers and warm colors. The super penthouse where the protagonist's father lives, played by Donald Sutherland, is very different, amidst marbles and paintings by the author. Finally we find the family home north of Long Island, overlooking the sea, with blue hues and vintage furnishings. Those wishing to visit it can find it for rent on Airbnb.

The novel from which The Undoing is based

The Undoing is a television adaptation of a novel. This is A Happy Family by Jean Hanff Korelitz, a bestseller in the United States. The New York Times called the book "clever and sneaky – enough to bring to mind another book on deception, one that has" Gone "in the title and doesn't feature Scarlett O'Hara."

The Undoing and Nicole Kidman

Barbara Catucci
6536 posts
Previous Post
Elga Enardu, former tronista of Men and Women, in hospital after an illness
Next Post
Who is Giorgia Giacobetti, the beautiful daughter of Valeria Fabrizi