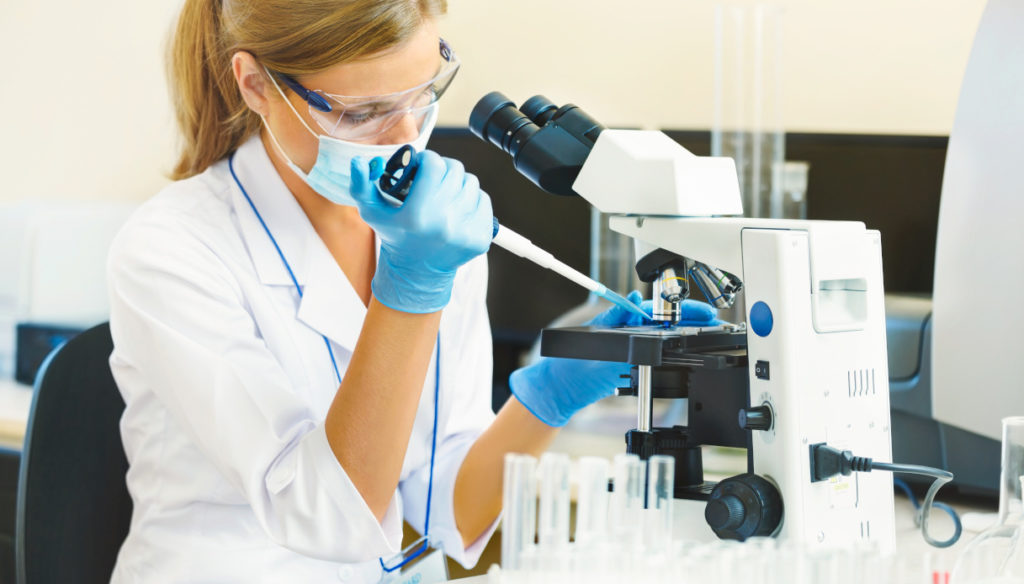 Early diagnosis is the most effective weapon to fight ovarian cancer. Genetic tests allow to verify the probabilities of hereditary transmission, but above all to adopt a personalized path in the intervention and therapy phase

Our good habits count, indeed they do. Healthy diet, rich in fruit and vegetables, weight control, no smoking, regular physical activity…. they are all key factors in terms of cancer prevention. But there are people who, due to a particular invisible feature written in the DNA, are at greater risk of developing certain forms of cancer and must therefore follow tailored monitoring to keep potentially exposed organs under control. The Gene "Jolie", so called from the name of the beautiful American actress who has undergone the removal of the mammary glands and ovaries because it carries this characteristic, is one of them.

Some time ago the choice of Angelina Jolie, which we remembered, caused a lot of discussion. The presence of the BRCA1 gene mutation, on average, would raise the risk of developing breast cancer by 85% and that of developing ovarian cancer by 50%, for which the actress proceeded to eliminate at the origin. the risks. In case of positivity to the genetic test, especially if there is also a positive response to another gene (BRCA2), the chances of getting breast cancer grow exponentially. Regardless of the choices, the actress has brought to the fore an increasingly significant problem, also due to the attention paid to genetic tests. The National Cancer Institute reveals that nearly 10 percent of ovarian cancers could be linked to a genetic alteration that is transmitted by inheritance. Under the magnifying glass of science there are these two genes, whose presence can also be correlated to a possible "anticipation" of the disease compared to the classical age. What does this situation mean in practice? Once the genetic test has been performed and after speaking with a medical geneticist and specialists, the woman must pay particular attention to the breast and ovary, following personalized monitoring paths to evaluate the possible evolution of the situation.

Regardless of the genetic conformation, in any case, early diagnosis is the most effective weapon to effectively fight ovarian cancer, which is the most serious female cancer, with a mortality of 60%. The tools to halve this percentage go through the early recognition of the lesion and the disease that should always be taken at the beginning. Therefore, the timeliness and maximum appropriateness of the therapeutic intervention are the real "lifesavers" for the woman who receives the diagnosis.

In short, arriving early is essential. If ovarian cancer is diagnosed at an early stage, the 5-year chance of survival is 75-95% while the percentage drops to 25% for cancers diagnosed in very advanced stages. Timely diagnosis changes the prognosis because it allows the surgeon to operate in the best way and therefore to pave the way for the success of treatment, which can also be in the advanced stages, in which healing can be achieved by about 30% of patients. For the other 70%, the goal shifts to the chronicization of the disease: through the use of the most effective drugs, we try to make the patient live with the tumor for as long as possible, ensuring at the same time the best quality of life. On this front, important perspectives, in addition to the treatments already available after surgery, are represented by PARP inhibitors, which can be administered by mouth and have precise indications. Among other things, compared to other treatments, the use of these drugs has also meant for patients suffering from ovarian cancer and with BRCA 1 and 2 mutation. Waiting for immunotherapy, which could teach the body to better defend itself from neoplastic cells, even in this disease and for which we speak only in perspective, the availability of drugs of this type and other therapies in the specialist's armamentarium represents an element of hope. Always remembering that, without prejudice to the genetic makeup, good habits are fundamental and that arriving early is essential to defeat the "enemy".

Gianluca Zompi
2038 posts
Previous Post
Domenica Live, the truth about the quarrels between Guenda Goria and his father told by his brother
Next Post
Checked look: not just woodcutters