Thyroid, cold is a revealing symptom 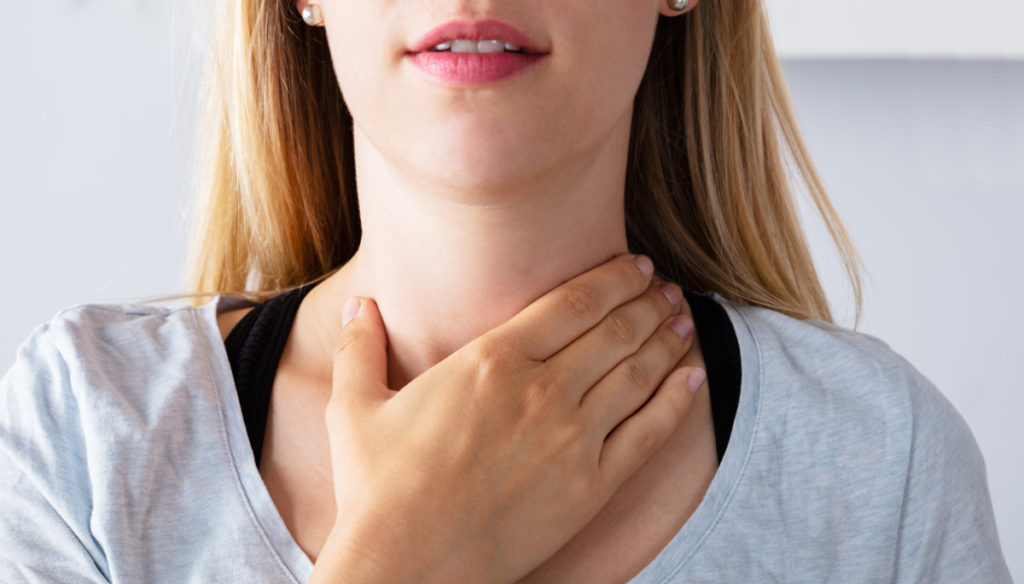 The thyroid is a butterfly-shaped gland that is found in the neck and regulates many functions of our body. If as soon as the temperatures drop you have to resort to the duvet and at night you feel yourself "chilling" under the covers, even if the degrees are abundantly above zero, maybe it's time to do a blood test and measure a simple value, the TSH .

Behind the inability to withstand the advancing cold, in many cases and especially in women and the elderly, there may be a deficient functioning of the thyroid. This gland plays a key role throughout life, from before birth to old age.

It regulates, thanks to the hormones it produces, important processes such as neuropsychic development and somatic growth in the developmental age; moreover, it is fundamental for cardiovascular function, basal, lipid, glucose and bone metabolism. But not only: the thyroid – as if it were a control unit – affects fertility, heart rate, muscle strength and much more.

There are not only the changes of the organism in front of the whims of the climate to make us reflect on the need to have the thyroid evaluated. The disorders related to a deficient functioning of the gland may be different. For example you can always feel tired, the weight increases even if nutrition and physical activity have not changed, the rhythm of the intestine is altered, for no apparent reason.

It is mainly women who are part of the army of people who suffer from hypothyroidism, given that the picture is present on average five times more than male peers. Let me be clear: often these situations do not create any problems, but particular attention must be paid especially in pregnancy and in the elderly. In those who are older, a decrease in thyroid function may also suggest depression or in any case an involution, and can even worsen a possible state of mental deterioration.

It must however be said that, regardless of the cause that causes the functional deficiency of the gland, today a hypothyroid that has been adequately treated with the thyroid hormone (in technical terms L-thyroxine) is in effect a person who has no problem in the life of everyday. Of course it is sufficient to check periodically, to know if the therapy is adequate, and to measure the TSH values ​​regularly (the hormone produced by the pituitary gland that regulates the functioning of the gland and its hormonal production). The measurement should normally be taken once a year.

There is however a period of life in which attention to the gland must increase: it is the phase that precedes pregnancy, because the compensation of maternal hypothyroidism is necessary for optimal development of the fetus. The reason? Neonatal hypothyroidism, although globally rare, may represent an important cause of disability: fortunately it can be identified thanks to the screening on newborns and treated with thyroid hormone immediately after birth.

The moment of pregnancy and the period after the birth must however be followed with attention also on the front of the pregnant woman, who may face autoimmune phenomena, that is to say the production of "wrong" antibodies by the body, autoantibodies that are unleashed precisely against the thyroid cells.

The picture can have a relatively rapid course and develop on average from four to twelve months after giving birth: it involves a process of destruction of thyroid tissue by the immune system. The phenomenon leads to the release of thyroid hormone and therefore to a slight picture of thyrotoxicosis (with symptoms such as fatigue, agitation, heart that beats loudly in the throat, sometimes very blurred and not even perceived) followed by a hypothyroidism that is often only transient and it remains only in some cases.

This situation appears likely due to changes in the immune system in the period following the birth, and appears to be linked to overcoming the relative depression of the immune system that is established during pregnancy, so that the maternal body can "tolerate" the fetus.

The risk of developing such a picture, however, is not very low. The occurrence is not very rare, especially if the woman already before the sweet wait has a positivity for autoantibodies (ie defensive units of the organism that mistakenly do not recognize the body cells as their own and attack them as if they were external) specific against the thyroid in the blood.

In general terms, the phenomenon is present in almost ten out of a hundred women, who are perfectly healthy: the most common form is Hashimoto's thyroiditis, which leads over time to the destruction of the gland, causing a state of hypothyroidism. The thyroid, in this sense, is the most frequent "target" organ of autoimmune pathology.

Gianluca Zompi
1718 posts
Previous Post
Are you very tense at work? According to science you will make more
Next Post
How to tell if your daughter is a lesbian