Today is another day, Cesare Bocci and the love for his wife Daniela: "It's a rock" 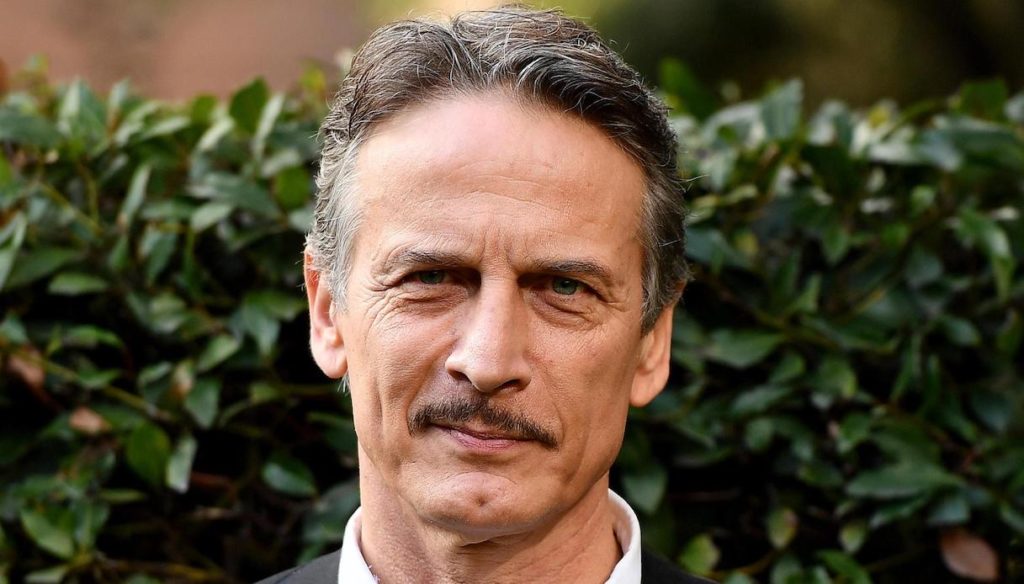 Guest at Today is another day, Cesare Bocci returns to talk about his wife Daniela Spada

How can we forget the great emotion felt in Dancing with the Stars, when Cesare Bocci surprisingly performed in a romantic dance with his wife Daniela Spada? It is precisely from these images, which still move us today, that Serena Bortone sets the stage for a splendid interview with the actor of Mimì Augello, historical character of the fiction Il Commissario Montalbano.

As a guest in the sitting room of Oggi is another day, an excited Cesare Bocci watches the video of the beautiful performance that he himself had given us scrolling on the screen, on the occasion of his participation in Dancing with the Stars. And it is an opportunity to talk again about his great love for Daniela Spada, born in 1993 and even more solid than ever.

"It is a rock with its fragility" – the actor describes it, with very sweet words. “Even rocks can crack and eventually turn to dust. But when she realized that telling her story could convey a message, which is what brought it forward, that is, never give up, she did. " A few days after giving birth to her daughter, Daniela suffered a stroke that completely changed her life.

The diagnosis was initially very serious, but slowly the woman brought out the courage of a lioness and took back her life, while Cesare – always at her side – took care of little Mia. Both have decided not to keep their story hidden, to give a glimmer of hope to those who find themselves in a similar situation, so they wrote the book April Fool's Day: The twist of fate that made us stronger.

To Bortone's microphones, the actor tells a few more details about his relationship with Daniela, focusing in particular on what has changed since the disability became part of their lives: "Of course, I am more protective of her, in some ways. But she hasn't changed. He often says to me: 'Listen, mind your own business and let me do this by myself'. I'm disappointed, but that's right ".

And then Cesare returns with his memory to the splendid surprise his wife gave him at Dancing with the Stars. “I knew nothing of what was happening behind me. She decided to do it because a doctor told me: 'Your wife won't walk anymore'. 'And instead I'll dance here too, that's why I'm here'. A round of applause to her ”- reveals Bocci, still moved by the memory of that fantastic day.

Barbara Catucci
9603 posts
Previous Post
Jo Squillo is moved by Serena Bortone reminding her parents: "It's an evolving mourning"
Next Post
John Travolta, new mourning after the death of his wife: his nephew Sam died