Today is another day, Luca Ward: love for his wife Giada and children 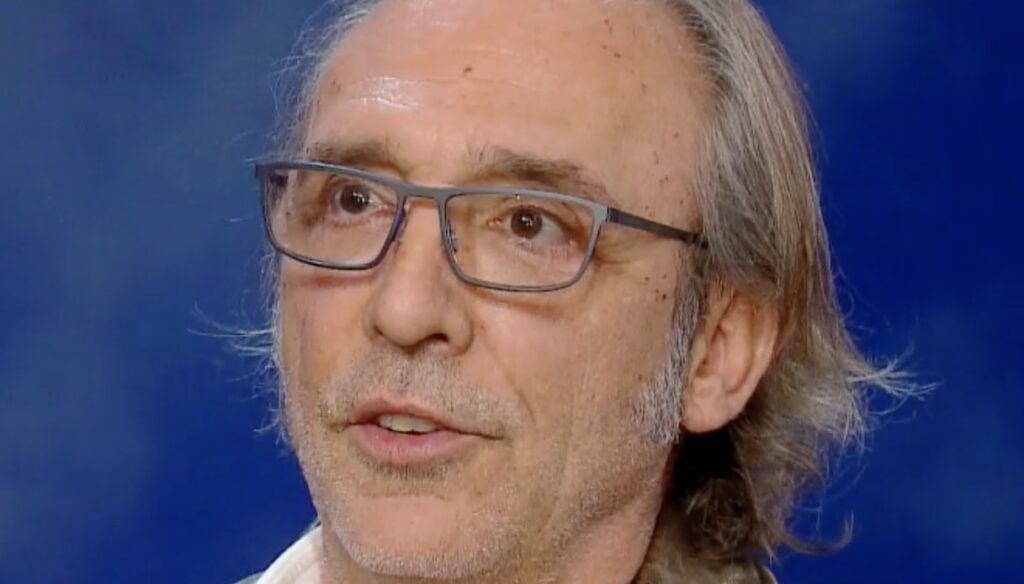 Luca Ward, guest at "Today is another day", told many curiosities about his career and his private life

Serena Bortone is back with a new appointment of her afternoon show Today is another day, which daily brings some of the most beloved faces of the entertainment world to our screens. This time it was the turn of Luca Ward, a very famous actor and the (splendid) voice of many Hollywood stars. During the very long interview, he had the opportunity to tell many anecdotes about his career and to reveal some more details about his private life.

Introduced into the studio by Russell Crowe's monologue in Gladiator, one of the dubbing roles that made him most famous in the world, Luca Ward kicked off his chat with Bortone from the very beginning. His was a somewhat turbulent childhood: son of actor and voice actor Aleardo Ward and cabaret actress Maria Teresa Di Carlo, he lost his father when he was still a little boy. “I was 13. He had always had the impression that he would leave soon "- he said -" He had been in the hospital for two months, had had an aneurysm and had undergone an operation that lasted 18 hours ".

At that time, her life had been turned upside down: “Mom was in the hospital the whole time, she never moved. We (Luca and his two younger brothers, Andrea and Monica – ed) lived alone, every now and then the carabinieri of Ostia came by to see if everything was going well ". Then Aleardo left, after two months of very hard struggle: "When I saw my mom out of school that morning, I quickly understood, He was there, it meant that my father was gone". The following day, Luca Ward decided to roll up his sleeves to help the family, and despite his young age he started working as a porter.

Before going further in the interview, the voice actor wanted to spend a few words on the beautiful love story of his parents. “Dad was 24 years older than my mom, they ran away together when she was 19. My mom's family was very powerful and very rich, they managed to get my father arrested for kidnapping and drug dealing. He was put in jail for two months. For an actor, being on the front page was a bane. His career has been cut in half "- said Luca -" Three children were born from that much thwarted love ". And although Aleardo passed away prematurely, he always remained in his wife's heart: "Mom died three years ago, before leaving she said: 'He will always remain the love of my life'".

Luca Ward then focused on his love life. He married for the first time with Claudia Razzi, who helped him a lot in his career, supporting him during the difficult path to fame. From their relationship Gwendolyn was born: “She is a fantastic woman, she is very tough. At 13 she sent two thieves to the emergency room who were stealing her moped "- revealed the actor, showing himself to be a very proud father. His relationship with his daughter was marked by very difficult moments, because the young woman did not accept the separation of her parents. Only after years of hard work and patience, Luca managed to regain the confidence of Guendalina.

He later met Giada Desideri, with whom he got married in 2013. Theirs is an incredible love story, and together they had two children: Lupo and Luna. The latter, born in 2009, has a rare disease that Ward wanted to talk about publicly: "She has Marfan syndrome. For her it is not genetics but what doctors call bad luck. It is a gene that changes at the time of conception. When we found out, Giada had no doubts: she stopped working to devote herself to her children. I metabolized it very late ".