Today is another day: Memo Remigi, great emotion for his wife Lucia 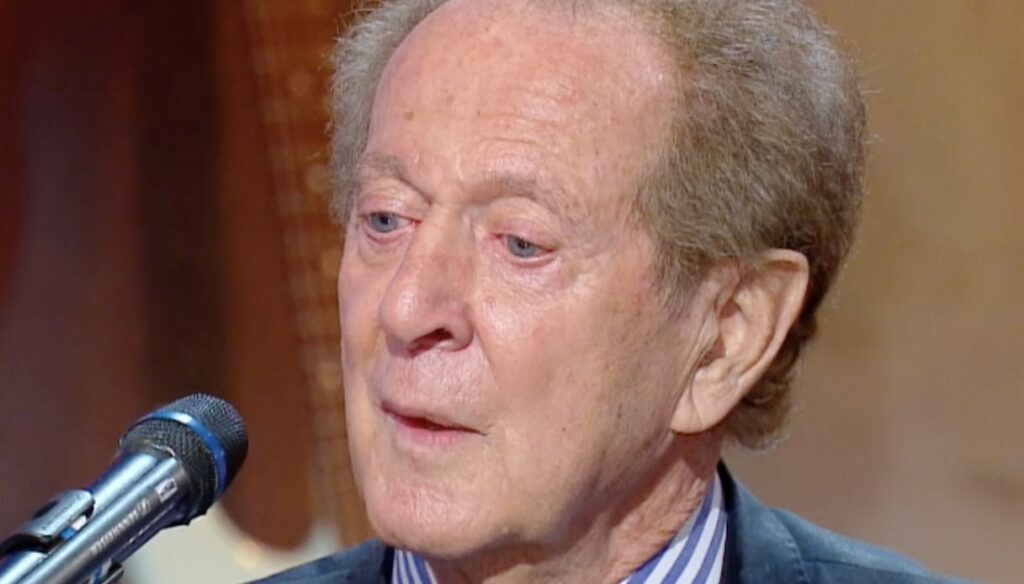 Memo Remigi, guest at "Today is another day", recalled his beloved wife Lucia who passed away a few days ago

Serena Bortone has opened a new television week with an amazing appointment of Today is another day, the afternoon show broadcast on Rai1. His guest for this episode was Memo Remigi, the famous singer: having recently lost his wife, he wanted to dedicate wonderful words to her from the very beginning of the interview.

"I play every day, even to forget" – Memo admitted – "My wife Lucia is no longer there, I had dedicated Innamorati in Milan to her". So, singing this beautiful song, he let himself go to the emotion. Their life together began many years ago, when both were still very young: “We met at 22, and throughout this period she managed to give me everything. As a girlfriend, as a lover, as a wife and as a mother ".

A love story, that of Memo and Lucia, who lived through difficult moments and great joys. “I was together a lifetime with her, even though I came and went. He has always accepted and appreciated my return ”- revealed Remigi, confessing his many betrayals. Just recently, among other things, the singer talked about his relationship with Barbara D’Urso arousing the piqued response of the host, who wanted to point out how he was separated from his wife at the time.

Lucia Russo, whom Memo had married in the 1960s, passed away on 12 January 2021 after having fought for a long time against a bad disease that left her no escape. And he, still deeply saddened by this heartbreaking loss, could not help but melt into tears by revealing that he does not want to think about his death: "For me it is as if he were on vacation". In the sitting room Today is another day, however, he did not hesitate to remember the woman he has always loved: "This is the first time I have faced a program where I talk about such intimate things".

Although Memo Remigi often cheated on his wife, she never gave up on their relationship: “He never cheated on me. During the time I was estranged, she had many suitors, one in particular wanted to marry her. but he never accepted, because he didn't want another man to enter the house where his son was "- said the artist. And, sincerely answering Bortone's question, he admitted: “I've felt guilty many times, but I've always been good at being forgiven“.

Before leaving, Lucia had warned him not to withdraw from the pain. "When he was sick, he recommended to me: 'Try to live life in the best way, you don't miss much'" – ​​Remigi recalled with a smile. Indeed, fulfilling his wish, Memo has moved on: he recently kicked off a concert tour in nursing homes, to delight their guests with his big hits. And he is a very good "social" grandfather of four grandchildren, who are his life. "I don't think I'll find love again, I'm fine with the loving and satisfying memories that fill my life" – he concluded.

Barbara Catucci
12175 posts
Previous Post
Stefano Remigi, who is the son of the singer Memo
Next Post
Kate Middleton, the fake shirt is a hit. And she insists on the fourth pregnancy
You must be logged in to post a comment.
Menu