Today is another day, Miranda Martino: childhood and love for her husband Gino 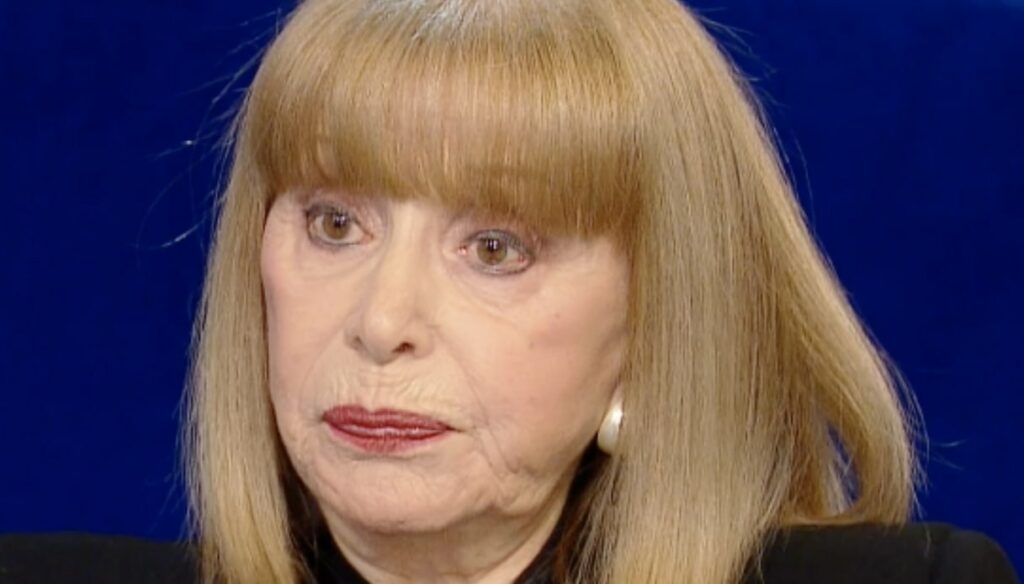 Miranda Martino, guest at "Today is another day", told of her joys and her great sorrows

Serena Bortone is back with a new appointment of her daily show Today is another day, broadcast every afternoon on Rai1. At each episode, the presenter welcomes numerous interesting guests in the studio: this time it was the turn of the great actress and singer Miranda Martino, who talked about herself in the round.

From his debut in the world of music in the late 1950s to his arrival in the theater, his long career has been studded with successes – he has even collaborated with Ennio Morricone. But in her life she had to face many difficult moments, starting from childhood: born and raised in a small village in the province of Udine from a family of Neapolitan origins, Miranda experienced firsthand the drama of the bombings during the Second World War. At the time she was only a child, and with her parents and sisters she took refuge in Padua: "I remember the war well, the fear of bombs was great" – revealed Martino.

At the age of 7, she and her family moved to Rome. And this is where his career began, thanks to his older sister who had recently been taken into the choir of Rai “I'm only here for Adriana, she did everything. He decided that I had to take the competition to enter Sanremo "- explained the artist. Unfortunately, a few years after her debut in the entertainment world, Miranda suffered terrible violence which she wanted to talk about in a book: "I wrote it to tell about my mistakes and what they did to me".

The singer was the victim of violence on two separate occasions, both very painful: “It happened to me the first time when I was 20, it was rape. The second was when I got on television. One person took pictures while we were together and gave them to the whole Rai. I only learned about it 4 years later "- Martino confided to the microphones of Today is another day, speaking of the unspeakable suffering she had to experience in that period -" It was a terrible thing, I can't forget it. I was raped in a way that cannot be understood ”.

The consequences of that abuse lasted for some time, both physically and psychologically. On the one hand, in fact, Miranda had to face the terrible looks of those who knew. On the other hand, she found herself mentally annihilated by the incident: "I loved this man, he was the most important person in my life, I didn't think he could do such a thing. For two years later, I couldn't eat. I've never got over this thing ". And it was for this reason that, later on, the artist posed nude for the cover of Playmen: "I did it on purpose, I wanted to do it and I didn't get paid".

The dramatic event that marked the beginning of his career inevitably affected his private life. Miranda got married for the first time in 1962 with the journalist Ivano Davoli, a marriage born without a true love at the base: "I did it to become a lady, to be defended. But he has always betrayed me ”- Martino admitted. Only a few years later, on the theatrical set of The Honorable, she met the actor Gino Lavagetto who became her second husband and the father of her son Fiodor. Theirs was a beautiful love, even if it didn't have a happy ending. After the divorce, Gino has had other relationships including one with Laura Efrikian, who despite everything has established a beautiful friendship with Miranda.

Barbara Catucci
7947 posts
Previous Post
Alessandra Amoroso confesses her fears and the turning point with psychoanalysis
Next Post
Who is Eugenio Mastrandrea, the journalist Marcello in La Fuggitiva