Today is another day, Peppino di Capri talks about himself: his wife Giuliana and children 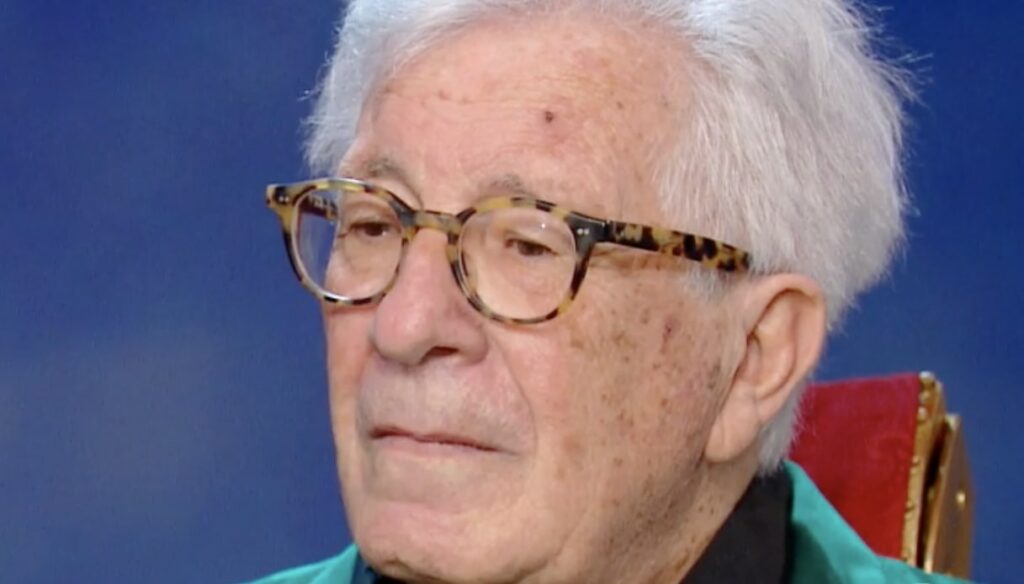 Peppino di Capri, guest at "Today is another day", is moved remembering his wife Giuliana

Serena Bortone closed a new television week with a very special episode of Today is another day: this time, the guest of her show on Rai1 was none other than Peppino di Capri. The artist, playing his piano, gave us moments of great emotion and a few tears.

An incredible career, alongside some of the most famous names in the international jet set: Peppino di Capri started singing when he was just a child, and his talent was soon evident to everyone. Over the decades he has marked the history of Italian music, with hits such as Champagne and the splendid song Roberta – which he sang in the studio of Oggi è Another day in an unreleased version dedicated to Bortone.

After retracing his most brilliant years, Peppino took a seat in the mirror to address more personal issues. And looking at the images of his wife Giuliana Gagliardi, who died in July 2019 due to an incurable disease, he couldn't help but be moved. The artist looked away, as proof of the immense pain he still feels for the terrible loss he experienced less than two years ago, but he took the opportunity to remember his wife.

“It's very difficult to start living again, we had been together for 50 years” – revealed Peppino di Capri. The two had met in 1970, the year in which the singer had his first child Igor from another woman – Roberta Stoppa – with whom the marriage was now winding down. "She was a biologist" – he said, thinking back to their first moments together – "When we were young we had a group of friends, by dint of dating, you know those things that are born and slowly take shape … Then it lasted quite a while" .

Overcoming such a serious bereavement is not easy, and Peppino has gone through a particularly delicate period: “Now I live alone, I haven't left home for six months. If it weren't for my son who orders me to go downstairs to take a walk … Every now and then the television gives me a hand, especially at night when old thoughts come to mind ”. And at the idea of ​​being able to find someone else to share his life with, he admitted: "There are no other loves on the horizon, you can't find them around the corner of loves like this."

After such a touching parenthesis, Peppino di Capri found his smile again listening to a very sweet video message from his son. It is precisely his closest loved ones that have helped him to move forward: "I have three sons, but I have two daughters and a boy who has just arrived". From her first marriage, as we have already said, the artist had the first-born Igor, while Giuliana had Edoardo and Dario. "With them I tried to recover everything I did not have in terms of affection" – he revealed, recalling how his parents had been very strict – "As a child, a look from dad was enough to strike me down".

Barbara Catucci
11951 posts
Previous Post
Isola dei Famosi 2021, all the cast and news
Next Post
Hydrogen peroxide: here's how and when to use it