Serena Bortone wanted to remember the great Gigi Proietti together with her daughters Susanna and Carlotta, guests of "Today is another day" 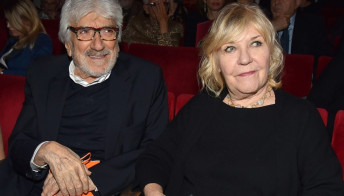 Gigi Proietti, the great love for Sagitta Alter and the daughters Susanna and Carlotta

The daily appointment is renewed with Today is another day, the show hosted by Serena Bortone. For the first episode that kicked off the month of June, the presenter wanted to dedicate ample space to an artist who left us only a few months ago: together with her daughters Susanna and Carlotta, she recalled the great Gigi Proietti.

Disappeared on November 2, 2020, on the day he would have turned 80, Gigi left an immense void in all of us. His two beautiful women, Susanna and Carlotta, were guests of the new episode of Today is another day to tell a new face of their father, the most private and least known to the public. "He was never a possessive parent, he was always concessive about everything" – explained the second child of Proietti, while his sister wanted to reveal the more protective side of Gigi: "He was never intrusive, but with the tail of the eye was always watching us “.

At home, the great actor was just as we saw him on stage. Always with a smile on his lips, ready to give fun and happiness to the people around him: "At our house we always laughed a lot, he made fun of everything, he played down" – recalled Carlotta. And, despite everything, Gigi had a deep reserve which was reflected in the way he behaved with his daughters: “He wasn't very physical, he wasn't expansive. He was quite a shy person “. Of course, he never made them lack a deep love, the same strong feeling that anyone could read in his eyes when talking about Susanna and Carlotta.

Speaking in connection to remember the great artist, Gabriele Cirilli actually spent splendid words on the subject: “When he spoke of his daughters, his eyes lit up. Even in recent times his worry was to fix the 'girls'. They represented everything for Gigi ”. Both have inherited, at least in part, their father's creativity and talent. If Susanna is a talented costume designer and set designer with a great passion for drawing, her sister Carlotta has embarked on a career in the show as an actress and songwriter.

“Dad was very happy. I started acting late, and when he came to see me for the first time he paid me many compliments ”- recalled the second child. Gigi Proietti has always encouraged his daughters to follow their inclinations, doing his utmost to give all his support: “He always gave us advice, especially to keep our line and not to be influenced too much by others” – explained Susanna.

For both of them it was difficult to deal with the death of their father, but the warmth and affection shown by his many fans helped to alleviate the pain a little: "We felt almost protected, as if we were in a bubble. Perhaps it is also what many have wanted to communicate to us. We felt lucky ”. A closeness that also supported mother Sagitta, in the most difficult moments of her life: “Today she is fine, she is a rock” – revealed Carlotta, speaking of her great willpower.

Before concluding the interview, Proietti's two daughters wanted to make an important announcement. Today they are the ones carrying out what the actor considered his most important project, the Globe Theater in Rome. "We will restart with the season on June 30, if all goes well" – explained Susanna and Carlotta, with great enthusiasm – "We can't wait, it will be exciting as hell".