Total black: black is the protagonist of autumn! 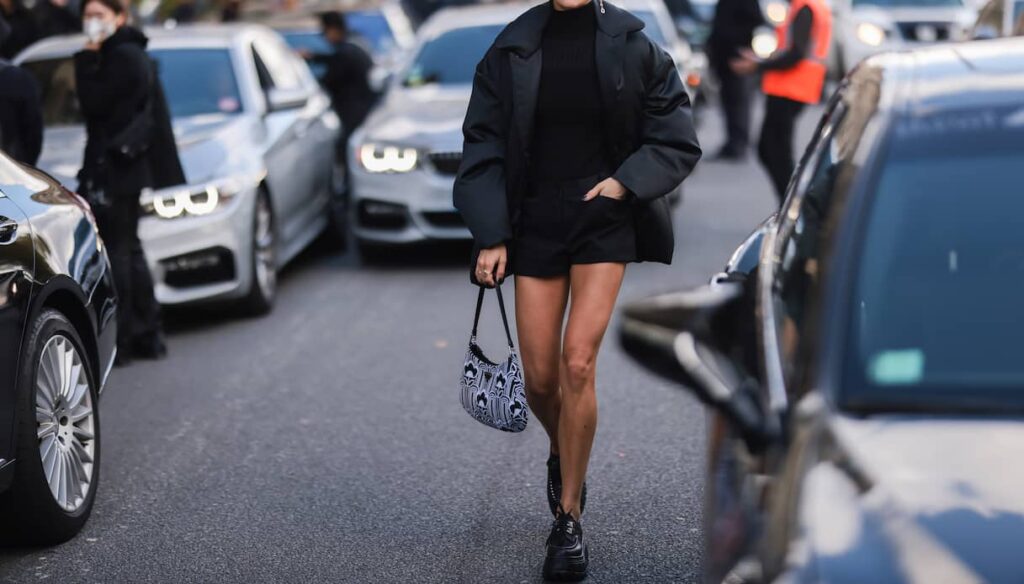 Black is a super versatile color: here it is in the autumn 2021 version

Black is a very versatile color that is strongly distinctive and characterizing a specific style. In my opinion, there is a lot of “prejudice” around this color. Many think that if one wears black he does it because he does not have the courage to wear other colors, or that he does not know how to combine them, or that he does not want to get out of an easy mindset.

I don’t think so. It is possible that all of these things happen, but I can assure you that, in my work as an image consultant, I have met many women who not only felt comfortable with black, but who really liked it, because it suited their style. . And who am I to go against their personal tastes? My job will be to give them ideas to wear it at their best, following their physique and their personality!

Total black, black is the protagonist of autumn: on the catwalks

Also for this fall, black was proposed in many versions on the catwalks of the Fall Winter 2021 season. also by Philosophy, combined with combat boots that make the look gritty and super rock, or by Etro, in a sexy and feminine version. 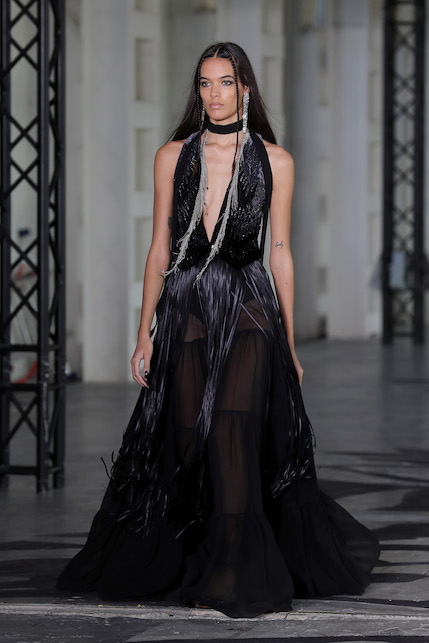 From the Etro fashion show

Fiammetta Cicogna, for example, wears a total black look that breaks up with a colorful accessory: the rigid handbag. Make everything more gritty and rock by choosing cargo-soled combat boots and futuristic glasses: take note! 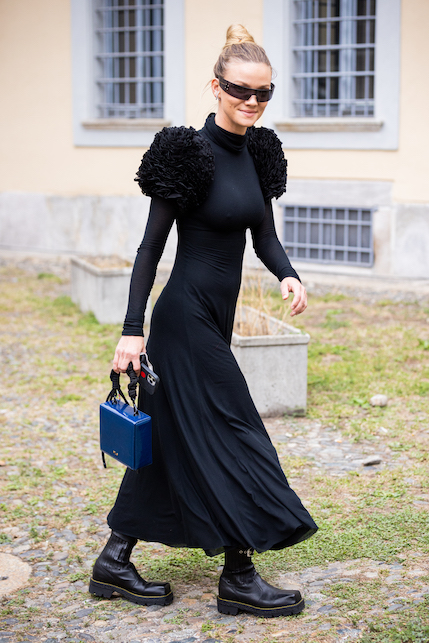 Black lends itself very well to being worn also as an outerwear: why not try it with a down jacket? But be careful: it must be particular. So an XXL version will do just fine, soft and long to the waist or even oversized and long to the ankles. If you are a fashion addicted, you can combine it with a skirt or a mini dress and accessorize it with chunky loafers, like Caroline Daur does. 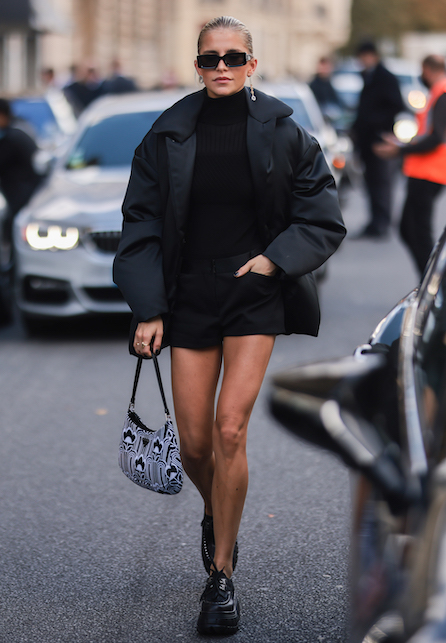 As I said above, black can be strongly distinctive of a certain style, for example the rock style. Paired with metallic details, sheer stockings (but not too much) and oversized glasses it works great. The current and contemporary touch is added by shoes with chunky soles. 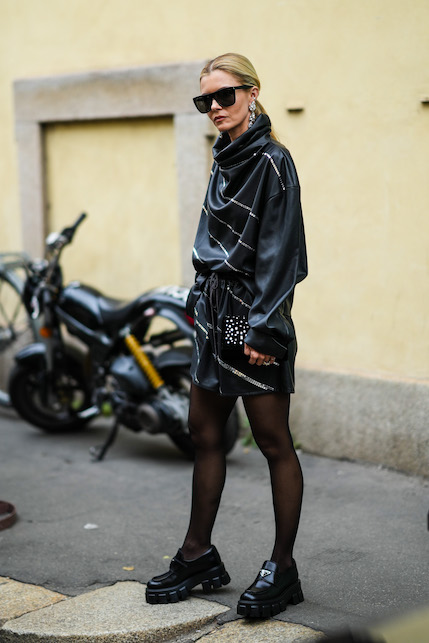 Speaking of how versatile black can be, see how it lends itself to creating a super feminine and ladylike style. The high boots, the worked tights and a handbag (one of Fendi’s latest creations) are the perfect accessories for a look in a pleated skirt and blazer in a total black version. 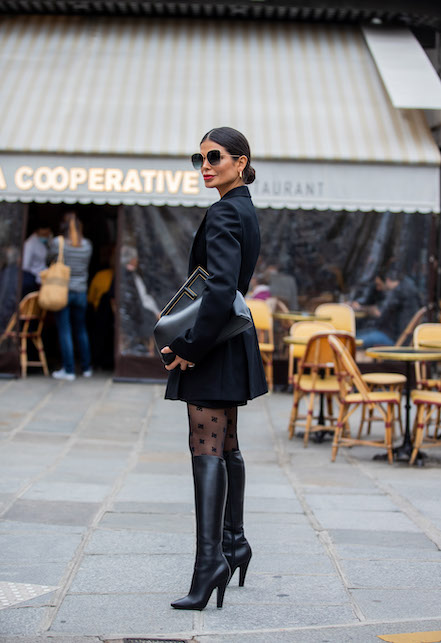