U&D, Armando tries again: he attacks Marcello but he finds himself all against it 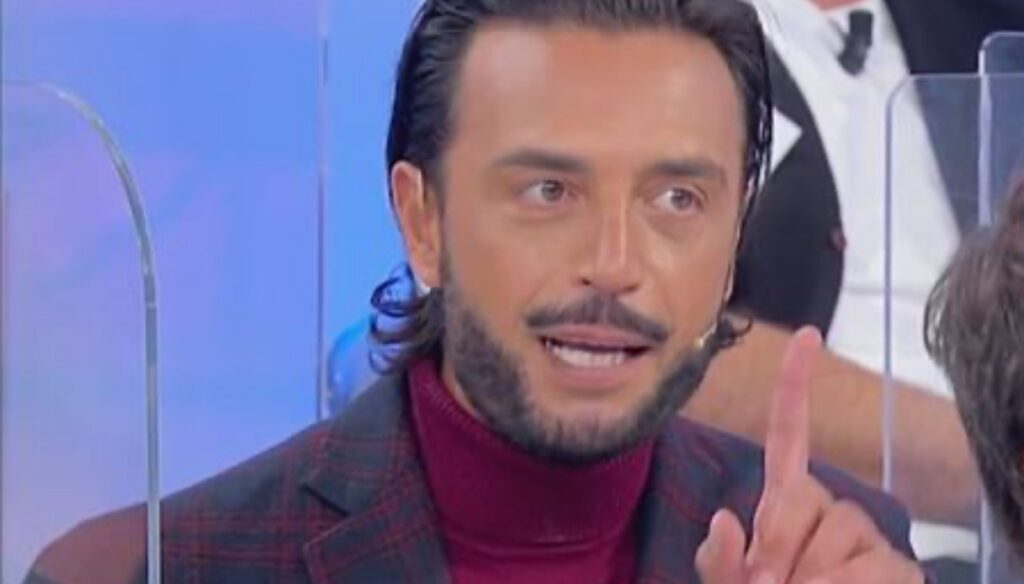 Armando Incarnato has again launched one of his attacks against Marcello Messina at “Men & Women”, but without success

It is now clear that there is no good blood between Armando Incarnato and Marcello Messina. Indeed, since his entry to Men & Women the knight, fresh from a (short) love story with Ida Platano, has continually suffered the attacks of the “veteran” of the Throne Over. Because when you think about it, Incarnato has been in the parterre for an infinity of time and doesn’t even seem too focused on the search for a soul mate, no matter what he says. In the episode of November 24, so as not to contradict himself, he decided to launch a new attack against Marcello but, to be honest, he missed the blow.

Marcello, the eternal indecisive of the parterre

Let’s take a step back because, although it may not arouse great sympathy, it is right to know the reasons for yet another attack by Incarnato on Marcello Messina. The latter is one of the new entries of the Over Throne and has jumped to the headlines (pink) due to the love story with Ida Platano, on which we could open a separate chapter (but we will spare you).

Well, what leaves us speechless every day when Marcello talks and interacts with a lady (in this case Jessica) is his eternal indecision. It starts with a bang, putting your foot on the accelerator and letting yourself go to rather important statements, capturing us in the illusion that it is the right time. But this never arrives, he backs off, he lets himself go to doubts and indecision, in short, in the end everything is exhausted in a stalemate. Indeed, in this episode of Men & Women he even decided to abandon the program (something to be verified).

Armando and Marcello: so far, so close

In this frame of indecision, tears – yes, Marcello is one who cries a lot and for this we can only be grateful to him, in spite of the stereotype of the man all in one piece – the knight Armando Incarnato is inserted at the tip of the foil. , who just can’t stand the behavior of the “colleague”. He attacks him, tries to put him in a bad light in front of Tina Cipollari and Gianni Sperti, even Maria De Filippi herself, accusing him of being fake, a liar and even having a girlfriend out of the program (which he never managed to prove, despite the continuous proclamations).

At a quick glance the two are diametrically opposed. Marcello is the man who is not afraid of showing himself vulnerable, who does not spare himself in profound sentences and open-hearted tears. He made us understand in all ways that, deep down, he is afraid of falling in love again and that he still hasn’t been able to hear his heart beating as he would like again. With Ida he was almost successful, now with Jessica it’s all over (precisely because of her eternal indecision). On the other hand there is Armando Incarnato, the Latin man who-must-never-ask-never, true and direct, pungent and very (but very) theatrical. He’s so angry with Marcello but, looking at him better, he doesn’t seem particularly interested in the women of the female parterre. He spends entire episodes talking about the other knights and other ladies, but then he never concludes anything.

Armando throws the stone (which returns to his face)

In some respects both Marcello and Armando have evident difficulties in relating with women. In the first it is a question of emotions (even if all this victimization is also a bit boring), in the second it is probably just a question of self-centeredness. Yet Incarnato does not give up and in the episode of November 24 he tried again, throwing accusations at Marcello that echo in Elios studies without ever proving anything.

Men & Women should talk about feelings, first of all. And the reaction of the commentators and of the audience present in the studio to Armando’s umpteenth digs perhaps seem the demonstration of an unequivocal fact: the “theaters” are there (see the secular ones between Tina and Gemma), but as a side dish. When they become the focus of an entire episode they begin to like less and less.