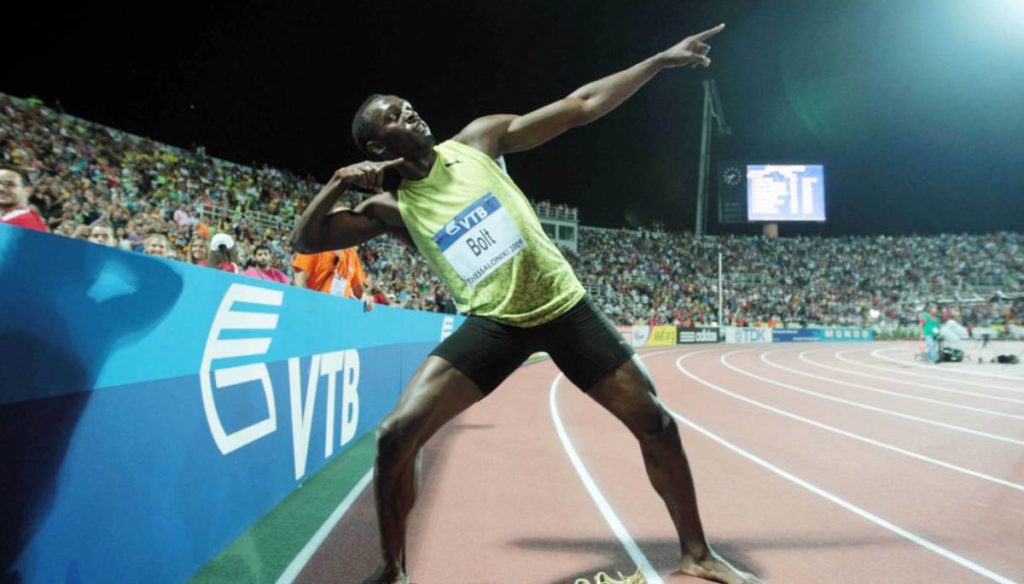 Usain Bolt is without a doubt the fastest man in the world. We retrace his career starting from the Beijing Olympic records

Usain Bolt was the first man in the history of the Olympics to win both 100 and 200 meters in 2008, making record times. Four years later, the Jamaican sprinter was the first athlete to win two gold medals in two consecutive Olympics and the first man in history to reach three world records in one Olympic Games event. Born in Jamaica on August 21, 1986, he played cricket and ran fast from an early age. His skills are soon noticed by the coaches of his school.

Bolt begins to focus on the sprint under the guidance of Pablo McNeil, a former Olympic athlete. Already at the age of 14, he conquered the first fans by running at the speed of light; in 2001 he won his first silver medal in a high school championship running 200 meters. At the age of 15, Usain Bolt appears on the world stage: at the 2002 World Junior Championships in Kingston, Jamaica, he wins the 200 meters. It thus becomes the youngest junior gold medal in the world. The deeds of this boy impress the world of athletics, which gives him the nickname "Lightning Bolt".

Despite an annoying hamstring injury, Bolt is chosen as a member of the Jamaican team for the Athens 2004 Olympics, but is eliminated in the first 200m round. Usain Bolt made up for it soon after, reaching the top of the world rankings in 2005 and 2006. In 2007 he beat the national record of 200 meters and earned two silver medals at the World Championships in Osaka, Japan. At the Beijing Olympics, in 2008, Bolt won the 200m race and also runs the 100m with ease, breaking all: his world record with 9.69 seconds.

At the 2012 Olympics, held in London, Bolt repeats himself: after 200, he gets his fourth Olympic gold medal in the men's 100m race, with a time of 9.63 seconds, a new Olympic record. Usain Bolt conquered the 100m world title again on 11 August 2013, after losing the same title in 2011. During 2015 he had some physical problems affecting his performance, but he still managed to win the 100m in the London Olympic Games celebration race. Now the challenge continues with the American Justin Gatlin at the Rio 2016 Olympics.

Giovanna Pirri
5771 posts
Previous Post
William and Kate are looking for a housekeeper: here is the announcement. Do you want to apply?
Next Post
Goodbye gym: in the future the workout will be in pills