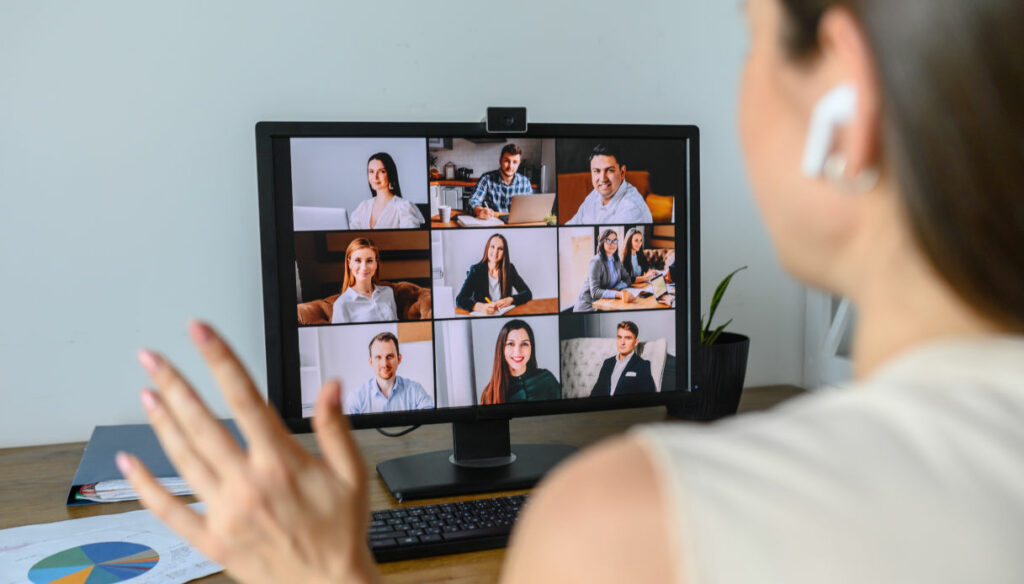 Find out which are the best apps to manage communications, documents and tasks even in smart working

Due to the coronavirus pandemic that has hit the whole world, many companies have decided to rethink and allow employees to work in smart working. At first glance, it seems easy: most people think that it is enough to use their computer from home, or anywhere else, and carry out their work as if they were in the office. In reality, at the beginning, companies and their employees had to deal with many difficulties: they did not know, in fact, which apps to work were better to use than others. Not only for online meetings, but also for organizing the working day.

After months in which smart working has practically become the norm, we can finally say which are the apps to work that perform better on a production level. People made every effort to ensure that they could do the same things at home as in the office. And after a year of smart working, everyone knows how to perfectly organize their work. Despite this, there may be some difficult moments and not knowing which app is better than the other: here are some that will allow you to make the most of your working day.

We can group smartworking apps into three types:

App to communicate between colleagues and meetings

When you are not physically present in the office, you need a way to communicate in real time with other colleagues or with the employer. Initially, many were wrong and use apps like Facebook or WhatsApp, creating mega groups to talk and exchange information. A bad way to communicate, as messages get lost in the various chats, losing important pieces of the discussion that only slow down the work. The best smartworking apps for this are the following.

Skype is an app that was originally created to connect people in different parts of the world, allowing them to call each other for free and talk to each other on video without having to use the phone. Now it is one of the smartworking apps most used by teams to work with each other. This is because it is very versatile: it allows you to create groups and chat via chat, but also to organize meetings between several people who can see each other "live". Skype is also a widely used app for doing job interviews.

Slack is a chat that allows you to create corporate groups and multiple channels on which to communicate quickly. It is very convenient for organizing work, but it is not used for meetings.

Zoom is one of the most used apps for working in the last year. It is not a convenient solution for quick communication between colleagues, but it can host (in the paid version) conferences even with 300 participants. During meetings and video conferences it allows you to share your screen, use the interactive whiteboard, send files, exchange short messages. It can be said that today there is no company that does not have Zoom among the main apps for smart working.

App for the intelligent management of working hours

One of the biggest risks when working from home is wasting time and concentration with trivial things that undermine the productivity of the tasks performed. There are productivity apps that are a holy hand for smart working and that allow you to stay focused on your goal without getting lost in little useful activities.

Rescue Time is one of the apps to work suitable for those who tend to get distracted very easily during work. This tool not only monitors the time spent on various web pages but – what is even more useful – allows you to set blocks to sites that we know are wasting our time. These obviously include social networks, online streaming platforms, and e-commerce. Of course, there can be others too: it's up to you to figure out what your Achilles heel is and put it in the corner!

Trello is an app for organizing work that is a must on your computer. It is a very simple and easy to use tool that allows you to create a virtual board shared with other colleagues where you can manage the progress of the work. With Trello it is possible to establish a list of priorities among the things to do, check where you are with a certain project, and thus have the whole work plan under control.

Organizing your documents and folders in the best possible way and having the ability to take notes quickly and easily are things that absolutely needed to be condensed into a smartworking app. In this way, getting lost will be much more difficult, the work more organized and your life certainly easier.

One of the apps to organize your work to have on your computer is definitely Any.Do. It is an easy-to-use tool that allows you to take notes even by dictating (it has a voice function), and to create lists with related reminders to set the various project deadlines, as well as a daily planner thanks to which it is impossible to forget any thing. It has won many awards and is used by millions of people around the world. What are you waiting for to download it?

PDFelement Pro is one of those productivity apps that cannot be missing on your PC if you are used to managing and dealing with lots of documents. Its main functions are several: it allows you to edit texts, images or pages individually or in bulk, as well as highlight, sign, stamp, add notes, text boxes and freehand drawings. But its primary utility is suggested by the name: PDFelement Pro is a smart working app that allows you to work on PDF documents, converting them into other formats and protecting them with a password.

Sometimes there are problems in the management of smart working. In this case, many companies resort to remote support, in order to identify complications as quickly as possible and intervene promptly. In this case, it is a good idea to download apps for this function, so as not to be caught unprepared and to receive all possible assistance in a short time.

TeamViewer is a smart working app generally used by large companies. Not only in this way can those who deal with PC assistance provide solutions in case of problems, but they can also provide support for other mobile devices, something that other apps do not do.

Similar to TeamViewer but simpler (and in fact it is used by small businesses). LogMeIn is a smart working app that allows you to access computers remotely and also be able to manage them. The peculiarity of this application is that the IT activity can be made routine: in this way you want to meet small companies, which thus do not necessarily have to hire professionals to carry out remote support.

These are applications that help team leaders manage their work and check that their team members are doing the right thing. One of the biggest risks of smart working, if you do not communicate efficiently, is that of not correctly dividing the tasks between the various people. Not to mention the various misunderstandings that may exist if someone misunderstood an indication or – worse still – has received the message sent to someone else as his own. Task management apps let everyone know what to do and when. Team members will thus always be up to date on their activities wherever they go, without being able to make mistakes.

With Asana it is possible to manage the various projects of the teams in a simple, precise and orderly way. Like many other apps for working, it allows the creation of a shared board (so that it can be viewed by the whole group), creates individual projects and shares them with the members involved. With Asana it is possible to set priorities according to the work to be carried out and set deadlines, so that everyone knows when to deliver a job.

Wrike is one of the most used smart working apps. It is mainly large companies – such as Google or Airbnb – that use it, which is why many other small companies have also decided to try it. With Wrike it is possible to have a clear and visible progress in all phases of work: not to mention that it is very simple to use, which makes it very attractive on the market. What can you do with this business app? The answer is simple: everything your team needs. That is, customize workflow, create Gantt charts, view the task list, and speed up approvals.

Giovanna Pirri
4818 posts
Previous Post
Sanremo 2021: the top and the flop of the second evening
Next Post
Elisa Isoardi unveils the relationship with Matteo Salvini today