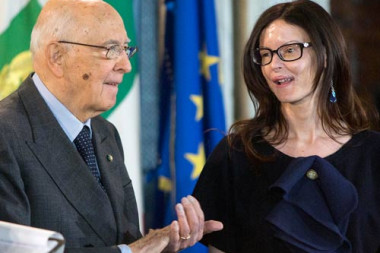 Lucia Annibali, disfigured with acid by the ex

Those moments are told by his face, his wounds and the resistance in his voice when he reports the details engraved in the memory of the attempted murder immediately. Valentina Pitzalis was only 27 when her husband, from whom she had lived separated for more than a year, asked her for a meeting to resolve a bureaucratic issue. Vale had to give him a document.

To him, who never calls by name. The man he married after just three months and who disfigured her in an attempt to assassinate her. This feminicide could also be called, if it were not for the determination of this Sardinian girl from Carbonia who managed to defend herself as much as she could from fire, from kerosene.

At first, as she tells herself, she had believed that her ex-husband on that distant day of 2011 had sought death to be reunited with her in an eternal elsewhere. Instead, according to what was read later, his death was completely accidental considering what emerged from the investigations: the flames that enveloped Valentina had enveloped him and led to a horrible end.

Valentina's present, today, after 23 surgeries, the amputation of a hand and part of the arm and devastating consequences is of a brave woman who wrote a book, Nobody can take your smile away (Mondadori), and who meets ordinary people to express their testimony. For her there is a group on Facebook, A smile for Vale, which documents her encounters and her tenacity to take a life back. As happened last night, in Porta a Porta. He put on a cute suit, fixed the fuchsia tuft and unlined his smile, "The only thing he didn't take away from me," Vale said.

Because that no, the fire didn't erase it.