Valentine's Day in the yellow zone: what can be done and what is forbidden 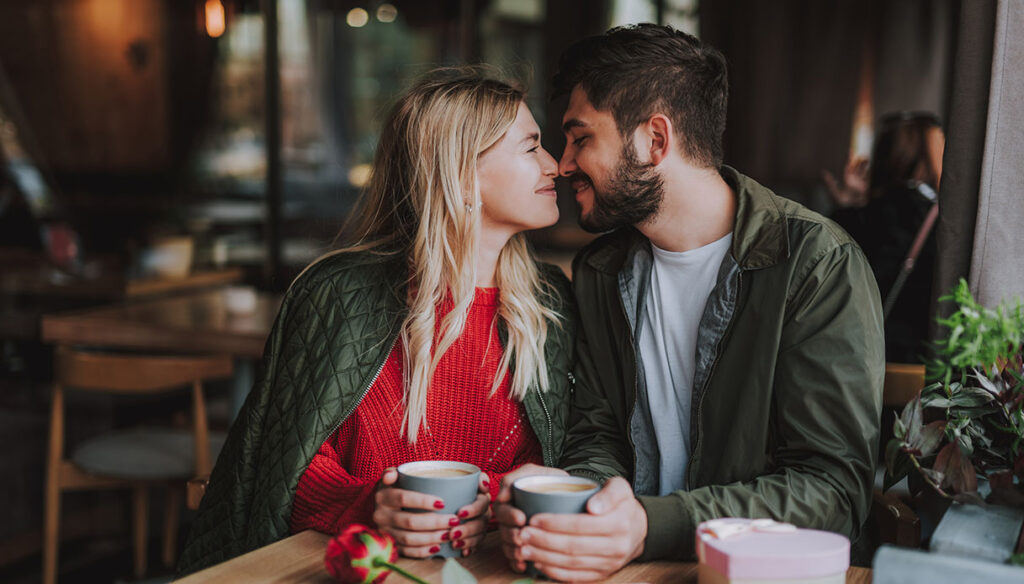 Reunions, restaurants, bars and trips out of town: what you can do and what not for Valentine's Day in the yellow zone

It will be a different Valentine's Day what we are about to experience. A year ago these days, we would have imagined everything except that twelve months later we would have been here to fumble about how to spend a party of lovers as normal as possible, when there is nothing normal around, with a thousand doubts about what can be or you can't do it together with your sweetheart.

Covid has forced us into new habits and new forms of thinking. Creativity is needed, therefore, to be able to celebrate Valentine's Day in the best possible way, respecting the rules and limitations imposed by the pandemic and the decrees.

On February 14, the Dpcm signed by Giuseppe Conte on January 14 will still be in force and therefore, even between yellow areas, travel between regions will be prohibited. So what can you do on this day to spend a few hours with your soul mate? We have thought of some ideas and hypothesized some scenarios for couples in love who live in the yellow areas.

A trip out of town for Valentine's Day

As already mentioned, the decree in force until February 15 prohibits travel between Regions. This means that for Valentine's Day it will not be possible to go for a trip out of town outside the regional borders. However, it will be possible to do so within your region. So yes to walks by the lake, the sea, in the mountains or in the countryside if these are within the regional territory. As always, the ban on gathering remains, so it is advisable to choose areas that are not usually assaulted on the first sunny day. To be sure about the movements and which areas will remain identified as yellow, however, we will have to wait for Friday 12 February, when there will be the usual update of the Istituto Superiore di Sanità and the control room on the progress of the epidemic.

Valentine's Day in second homes (but not for everyone)

After the Christmas holidays, the government introduced the possibility of reaching second homes even if in another region, as stated in the FAQ relating to the yellow areas on the Palazzo Chigi website published last January: "From January 16, 2021, the provisions in force allow you to 'return' to your residence, domicile or home, without providing for any limitations with respect to the so-called 'second homes'.

However, there are limits, as this opportunity only applies to owners or renters with a contract that is not short and prior to January 14th. Only people belonging to the same family or already cohabiting can go to second homes. This means that it will be possible to go to the house owned by the grandparents, but only if your partner is a cohabitant. Couples of sweethearts, on the other hand, will not be able to take advantage of this possibility.

Valentine's Day at the restaurant (but only for lunch)

In the yellow zone, restaurants, bars and catering businesses in general are open until 6pm, with the possibility for customers to sit at the table for up to four people. Couples in love can therefore indulge in a romantic tête-à-tête, but only for lunch. The rule, which will remain in force until March 5, was established to be able to respect the curfew from 10pm to 5am. From 6pm onwards, in fact, only take-out or delivery will be allowed to restaurants (except for bars and sales activities. of drinks for which the take-away is allowed only until 6pm).

A romantic dinner at home

Couples who do not want to give up candlelight and who therefore prefer dinner, will still be able to organize themselves properly even staying at home. More and more restaurants throughout Italy have equipped themselves to prepare entire Valentine's Day menus for lovers who do not intend to spend the day in the kitchen, but still want to indulge in a great dinner.

Alternatively, you can make dinner preparation part of the couple's activities of the day, thinking and preparing together the ideal menu to seal love. Beyond the recipes, for the occasion some associations and some Chefs have organized cooking sessions in streaming to prepare dishes for your soul mate with their own hands or to prepare together. The Dpcm does not prohibit people from seeing each other at home, even if they are not cohabiting. In the yellow zone, movement within one's own municipality and region is allowed.

An aperitif outside is possible, according to the decree in force, only by 6 pm. After that hour, in fact, the premises will have to close and the aperitif will have to move within the home. In fact, it is forbidden to consume drinks even outdoors and in public places after 6pm, so you won't be able to walk around drinking a beer bought previously. Even the take away of alcohol will be suspended after 6 pm. The alternative is to order from one of the delivery apps (there are also some specialized in wines) and toast at home.

If the boyfriend or girlfriend is in another region

What happens to couples separated by regional borders, those in which one of the two partners lives in another Region? For these it is possible to reunite only if the place chosen to meet again coincides with the one in which you have your residence, domicile or home. This means that if one of the two works and lives in one Region, but has their own residence or domicile in the partner's home in another Region, they will be able to reunite here. For boyfriends who do not live together, moving remains therefore prohibited, even if they live in two yellow regions. This is because moving between yellow areas is forbidden until February 15.

On Valentine's Day you can never go wrong with flowers

To remedy the distance and limitations imposed by the decree in force, you can always resort to the usual bouquet of flowers, among the most popular gifts for Valentine's Day and for which there is no Dpcm that cares: the flowers can in fact be sent to the just in love wherever he is and represent an unequivocal message that shortens any kind of distance. According to some analyzes of companies in the sector, the sector could even benefit from the measures imposed, with significant increases in terms of sales volumes.