Valentino, the new campaign is a hymn to free beauty 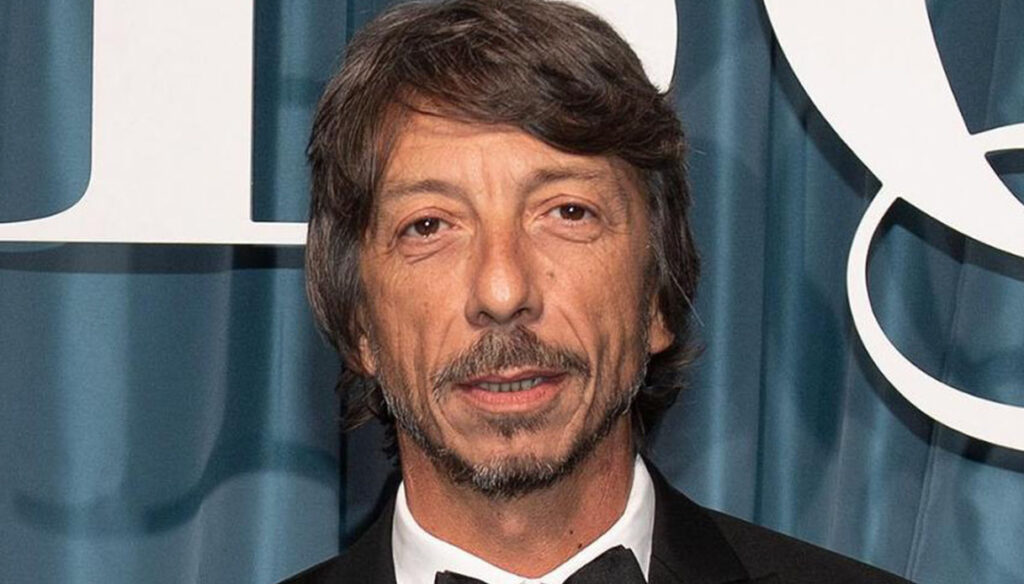 The photo of the nude model holding a bag for Valentino's advertising campaign is a matter of debate, but it is a true hymn to beauty free from stereotypes

There will come a day when authentic beauty can be celebrated, in all its forms and languages, without stereotypes or preconceptions. But this is not the day, one might say by paraphrasing a famous cinematic quote from The Lord of the Rings.

Yes, because, judging by the controversy sparked by Valentino's latest advertising campaign, created for the launch of the iconic Roman Stud bag by Garavani, that day still seems to be far away. And quite a lot.

Because the photo of Valentino's nude model makes people argue

The facts. Valentino publishes a photo of a naked androgynous-looking model on his social networks. This is Michael Bailey-Gates, born in 1993, photographer and author of the shot. Long blond hair, soft facial features, charming eyes and lean physique. The pose is strategic, sensual and alluring. The only tinsel: an iconic bag from the maison.

Open up heaven. And not because the model is unveiled (even if you don't see anything). What triggers the indignation is the fluidity of the image and the message it transmits: the freedom to be what you want, what you simply are, without canons and without the classic boundaries of the masculine as opposed to the feminine. Because the man represented is far from the classic stereotypes: there is no strength, there are no polished and sculpted muscles in evidence, there is no machismo. In short, there are not all those visual elements for which the model can be identified in a man rather than a woman. Looking at her in passing, she almost looks like a female figure, her bearing is so elegant, like a statue of antiquity.

The brand defines the campaign as "a hymn to freedom of expression" and that is exactly what it becomes, clashing – alas – with a company that is obviously not yet ready to broaden its horizons and accept others as they are, without judgments.

The comments of the haters under the photo of Valentino

The messages that you read under the shot are mostly of appreciation, but there are also many of disdain and rejection: from the smiley faces that simulate vomiting to the comments "it's disgusting", "this photo bothers me", "it is not suitable for children "And so on.

The result was a fuss and a debate, as often happens, and perhaps this is also what Maison Valentino wanted to do: to trigger a collective discussion, a moment of reflection. The confirmation comes from the other photos of the advertising campaign of the same bag, which portray models from the more "classic" canons with the same accessory. It is therefore evident that the image created by Michael Bailey-Gates wanted to be a rupture and it is evident that society is increasingly in need of ideas of this type to trigger critical thinking (where critical does not stand for negative judgment, but for the ability to analysis).

"This photo is the portrait of a young, beautiful man and evil is in the eye of the beholder, not in his naked body", is the reply of Pierpaolo Piccioli, Valentino's creative director, to the messages of the haters.

“My job is to offer my vision of beauty inserted in the time we are living, and what we consider beautiful today is a reflection of our values. We are witnessing a great, enormous change in humanity. Movements that aim at self-awareness are all guided by the same idea: evolution is possible if equality is possible, if inclusion is possible, if human rights are protected and freedom of expression is protected. ”, He explains.

And that this photo is a sort of cultural manifesto is also demonstrated by the many positive reactions under Piccioli's post, with several messages of thanks from the most disparate users, both belonging to the LGBTQ + community and not, such as the trans model Indya Moore and the activist and poet Alok Vaid-Menon who deemed it "necessary".

Who defines what the canons of beauty are?

Unfortunately, however, the fear of what is different from us is still great, too much. And fear – we know – often generates hatred, so easy to pour on someone else, especially when you can hide behind a screen.

It has already happened every time we try to move the border, to go beyond the usual standards of beauty (which then, over time, change and evolve according to the eras). It happened with Armine Harutyunyan, the model chosen by Alessandro Michele for Gucci who caused a sensation a couple of years ago because it was considered “not beautiful enough” by most and as such not deserving of becoming the face of a brand. It happened with Winnie Harlow, the first top model suffering from vitiligo for years a victim of body shaming. And now it happens with Michael Bailey-Gates, whose fluid and ambiguous beauty frightens and irritates.

"After publishing the photo many people reacted with comments full of hate and aggression – says Pierpaolo Piccioli in his post on Instagram – Hate is not a form of expression, hate is a reaction to fear that easily degenerates into violence: it can be a comment or an attack on two boys kissing in the subway ”, he says, referring to the news episode that took place in Rome a few weeks ago.

"We must oppose and condemn all forms of discrimination, violence and hatred: I am proud to be able to use my voice and my work to do so, today and always", concludes Piccioli.

Fashion as an opportunity to reflect and express yourself

Pierpaolo Piccioli's words therefore come as a cry of courage, a propulsive thrust that pushes the bar a little further. For a society to be truly tolerant, inclusive, it is necessary that those who have the opportunity to offer food for thought do so, stimulate dialogue and comparison. In this, fashion is a very powerful means: it allows you to launch challenges, looks and offer different perspectives. And above all, it allows you to express yourself, both for those who make it and for those who wear it. There will always be those who are not ready, who will close their eyes and turn away. But it's worth a try. It is worth trying to progress in order to be truly civilized. 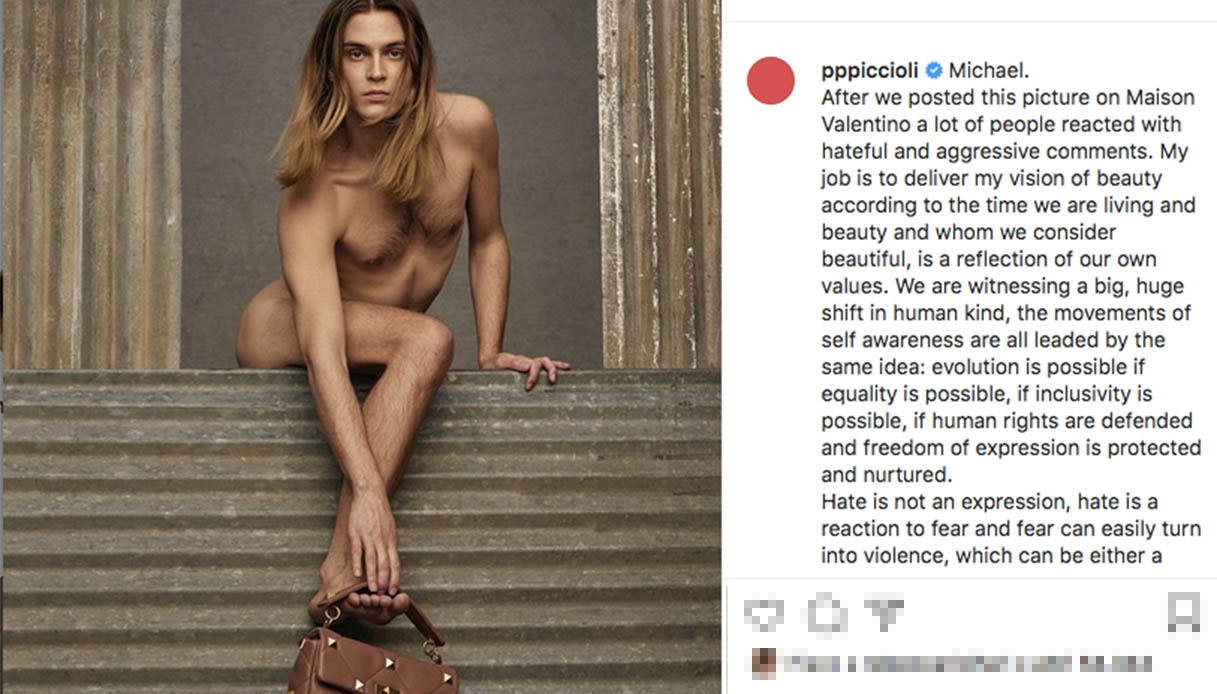 The photo of Valentino's campaign and Piccioli's Instagram reply.