Vegetable milks: find out what they are and all their properties 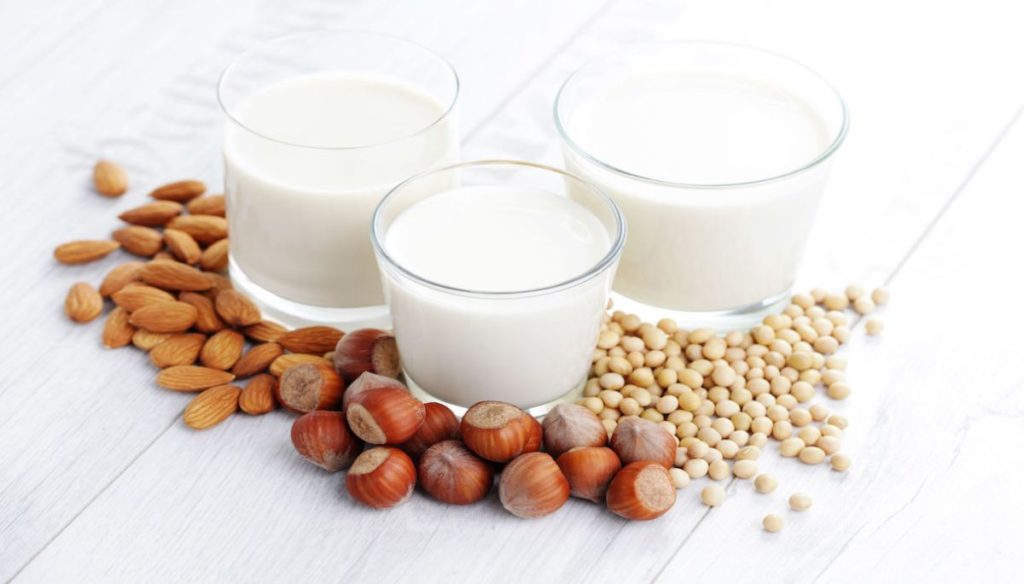 About 12 million people today consume vegetable drinks in Italy. An ever-growing choice often dictated by a lactose intolerance or by specific diets such as vegan ones that do not include the use of food of animal origin. Among the other elements that lead consumers to drink plant-based milk there are also the search for foods without antibiotics, GMO-free, natural, with less sugar, without cholesterol and gluten-free (although to be certain that vegetable milk fulfills these last criteria it would be good to carefully select the labels). Good and healthy, they generally have less sugar than cow's milk (except for rice milk). A study by the University of Oxford, cited by the BBC website, showed, moreover, that alternative milk drinks derived from rice, soy, oats or almonds to be produced emit only a third of the greenhouse gases emitted to produce cow's milk. A choice, therefore, that could have a positive impact on the environment.

There are many types on the market. But which ones to put in the shopping cart? Let's discover all their properties.

According to experts, it is the most balanced one. To confirm this virtue is a study by the Canadian University McGill, published in the Journal of Food Science Technology, which compared the drink with almond milk, rice and coconut. The results showed anti-carcinogenic properties provided by isoflavones. It is very rich in proteins and, compared to cow's milk, contains less fat and a substance called lecithin, useful for the control of fat in the blood. Among the cons, however, the aftertaste of beans and the presence of substances that reduce nutrient intake and digestion.

It has a sweet taste and does not contain cholesterol, but has few nutritional elements: it has few proteins and fats and most of the energy obtained from this food comes from carbohydrates, especially starch. Its high consumption – according to Canadian researchers – could lead to malnutrition. Also because, especially if done at home, and not enriched like those destined for trade, it also lacks minerals and vitamins such as calcium and vitamin B-12. Experts recommend it as an alternative for patients with allergy problems caused by soybeans or almonds.

The almond one, on the other hand, has a high content of monounsaturated fatty acids, able to reduce the levels of "bad" cholesterol, which allow to reduce and manage the excess weight. It also contains fibers and minerals and is an important source of antioxidant vitamins, especially Vitamin A and Vitamin E.

Widely consumed in Asia and South America, it has no proteins and has few calories (most of it coming from fat). It can help reduce bad cholesterol levels, thanks to the presence of lauric acid, but it is worth remembering – the experts stress – that its nutritional values ​​are reduced if the product is stored for more than two months.

Thanks to the high presence of fibers, equal to 1.4 g per 100 grams of drink, the drink could help reduce LDL cholesterol in the blood and purify the intestine. Oat milk also contains nutrients including folic acid, manganese, magnesium and potassium, and some B-group vitamins.