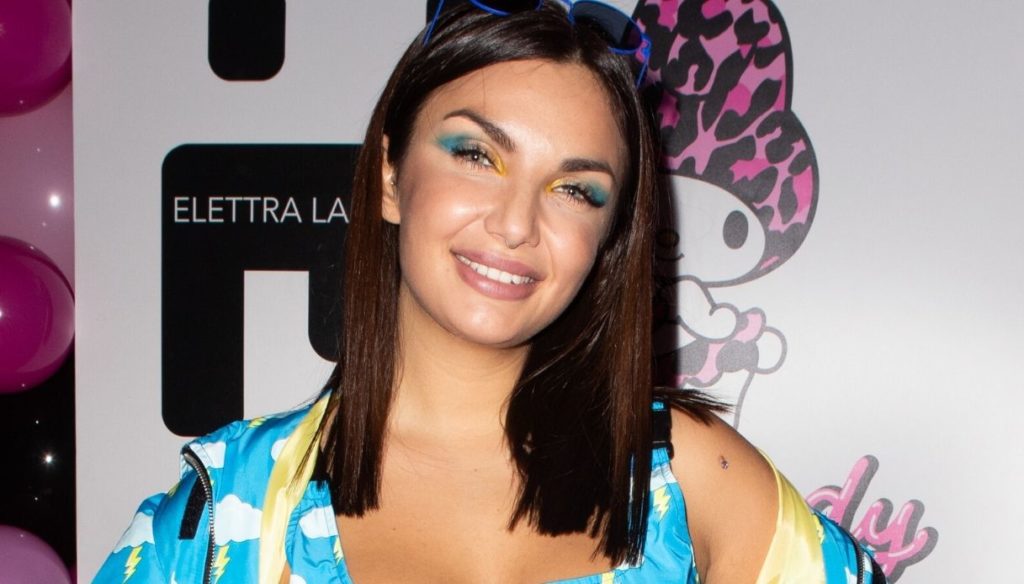 Also this very Saturday – Le Storie opened with a surprise for the public at home: Elettra Lamborghini and Giusy Ferreri made an appearance in the program conducted by Silvia Toffanin with an important exclusive. The two singers gave Canale 5 viewers a first listen to the song La isla, which will be available from 29 June.

"If you stay with me, I swear, I don't need anything anymore," says the new heiress single that has chosen the artist Giusy Ferrero to give an even more sensual touch to the song, creating what will surely be the new hit of summer 2020.

La Isla was produced by Takagi and Ketra, two of the members of Boomdabash, who this summer have already thought about how to make us dance with Cyclone, together with Elodie, and Karaoke, with Alessandra Amoroso.

For several weeks there had been rumors of this possible collaboration, and finally the two singers announced it through their Instagram profile.

O hiiii biccissss! It was all true, I promised you. On June 29 my new single La Isla arrives together with Giusy Ferreri. Carichiiiiiiii ?!

Ironic and talented, Elettra is back in the studio after the success of Musica (and the rest disappears), a single that saw its debut during the last edition of Sanremo. In addition, the girl has been busy with the preparations for her wedding with Afrojack, and has never stopped updating her fans constantly on Instagram, where she is followed by thousands of people.

The wedding with the deejay, according to some rumors, will be held on Lake Garda, looking spectacular. Not surprisingly, Elettra chose the king of ceremonies Enzo Miccio as a wedding planner. Rumors have indicated that there would have been some problems with the choice of location, which would have led to a small contrast with dad Tonino, which was immediately overcome. In fact, his father wanted the wedding to be celebrated in Bologna and to satisfy him Elettra could get married twice.

The single La isla, therefore, will be released on 29 June 2020 on various platforms and will mark another important milestone for Elettra who – according to sources close to her – is very excited for the future to come, for her wedding that will crown the dream of love with his beloved deejay.

Barbara Catucci
3778 posts
Previous Post
Verissimo-The stories, Sergio Sylvestre talks about the Anthem and presents the new single
Next Post
Serena Enardu, after the farewell to Pago, a new attack by Conversano: "You deluded him"