Very true, Francesca Sofia Novello: "Valentino Rossi is the man of my life" 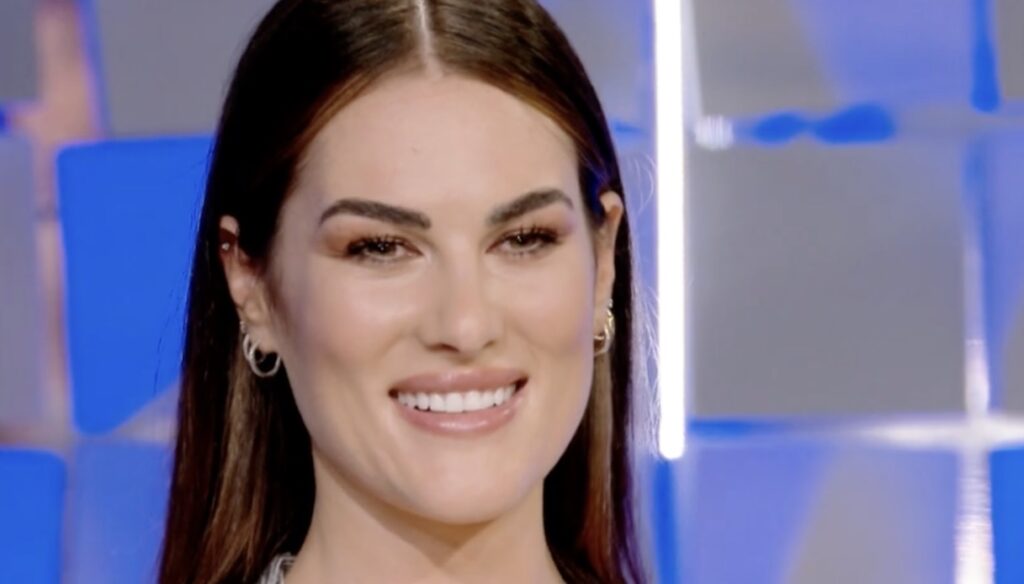 Francesca Sofia Novello told "Verissimo", between the love with Valentino Rossi and her career as a model

In Silvia Toffanin's living room, Francesca Sofia Novello, a young model and influencer and girlfriend of Valentino Rossi, was a guest. She told Verissimo about her very reserved love with the motorcyclist and her career in the fashion world.

A relationship lived away from the spotlight, despite Valentino's notoriety. After all, Novello has always lived a very reserved life, even if with the modeling job she had begun to achieve a certain popularity:

When I got engaged to Vale it was an exploit of new things that I lived very quietly. In the end, life with Vale is really very simple. We live in Tavullia, surrounded by people who grew up with him, so that there is a great deal of protection of privacy and what our life is like.

Their story began as a simple dating between friends: the two came out of long and complicated relationships and for this they were not ready to start a serious relationship. Then between a dinner and a few parties, they realized they were made for each other:

We practically live together now. I'm always there, I have my things there, my toothbrush there, but I go back and forth because my family is in Milan. For a year and a half, however, I have been working a lot on social media, I am an influencer, I spend more and more time there, we have two dogs, we have our life together.

The relationship with Valentino Rossi has been going well for three years. A strong and intense love, made up of small gestures and a lot of everyday life, as told by Novello:

He is very simple, we like movies, travels, TV series, being with friends, an absolutely normal life. I did not think and it is one of the things that struck me most when I met him. Living in Milan and meeting people from entertainment and footballers, they had a completely different approach to both women and attitudes. He is as you see him, he is sunny … It is very difficult to find in a man, especially so important. He is the right man.

The young model then talked about the relationship with her mother: a very strong bond, almost like friends, which never prevented her from making the vol. In fact, Francesca Sofia Novello attended university before taking her first steps in the world of fashion. It was a world that did not make her happy, however: her mother was always close to her, supporting her even when the choice of modeling seemed crazy in the eyes of others.

It is also impossible not to mention one of the gossip that has most seen her as a protagonist in this last period, marriage:

It's a question they ask me all the time and I can't take it anymore – he said jokingly – These are not things to plan, let's see (…). Valentino is the man of my life so why not! But I'm not someone who sees marriage as a sine qua non: if it happens well, we love each other the same. It is not that you need a wedding ring to have faith in the heart, as I often say.