Very true, Iva Zanicchi tells of the pain of the loss of her brother Antonio 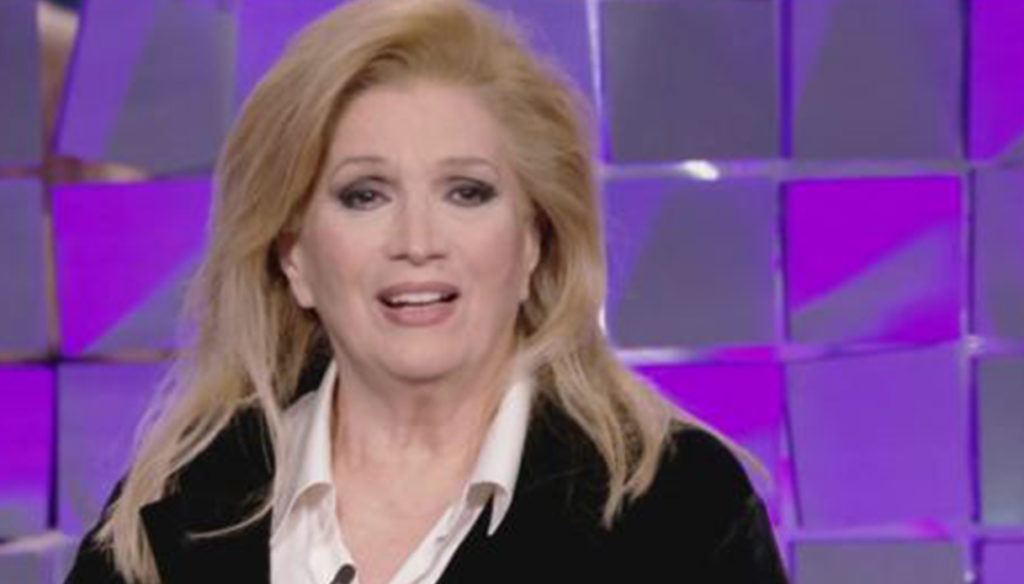 A moving interview that of Iva Zanicchi with "Verissimo", who together with Silvia Toffanin remembered her brother Antonio

The one told by Iva Zanicchi to Verissimo was enormous: a guest in Silvia Toffanin's living room, the singer talked about the loss of her brother, who passed away a few weeks ago due to complications arising from a Coronavirus infection.

Zanicchi opened her heart to the hostess, talking first about her hospitalization and then about the loss of her beloved brother Antonio.

"It is true that there was my nephew's confirmation, but we all saw each other with masks – said Iva – and I don't know if it was on that occasion. The cause is not important, unfortunately we are all infected. It was Alessandro delle Iene who insisted on having me checked after saying I was positive for Coronavirus, I was convinced to get treated at home. Instead, he booked me a visit to the hospital. 'Not even my son', I thought. There then they told me that I could not go out because I had bilateral pneumonia ”.

Zanicchi admitted that at that moment she felt the world collapse under her feet: a diagnosis she did not expect, but which she tried to face with positivity and optimism, thanks also to the doctors and nurses who assisted her in those nine days of hospitalization.

But while for her the worst was over and her conditions were improving, her brother Antonio fell ill: "My brother was the only non-positive in the family. At first he was fine, but he had heart disease and his condition plummeted within 12 hours. He suffered a lot, they sedated him to accompany him to death. Before falling asleep they made him make a video call: he did not want to hear his children, but he wanted to hear me ”.

A story full of emotion that of the singer, who in more than one passage was unable to hold back her tears: “For me he was like a son. In that last video call he told me 'Say hello to everyone, I love you so much'. Then we never saw him again ".

Silvia Toffanin showed the singer an old interview with Antonio, never aired: an exciting memory for both Iva and also for the presenter, who on more than one occasion was moved, showing shining eyes.

Before concluding, Zanicchi wanted to bring to mind the kind gestures of her brother, who loved being with the elderly, writing and painting: a man with a sensitive soul, well liked by everyone: "Every now and then his friends call me telling me that I'm in the cemetery laughing and joking – said the singer – because that's how he would have wanted it ”.

Barbara Catucci
7128 posts
Previous Post
Friends 2020, Kika stays in the school. And it is a clash between Rudy Zerbi and Pettinelli
Next Post
Stéphanie of Monaco as Carolina: she shows herself without make-up and is not afraid of the passing of time