Very true: Michelle Hunziker and Aurora Ramazzotti for the first time on TV together 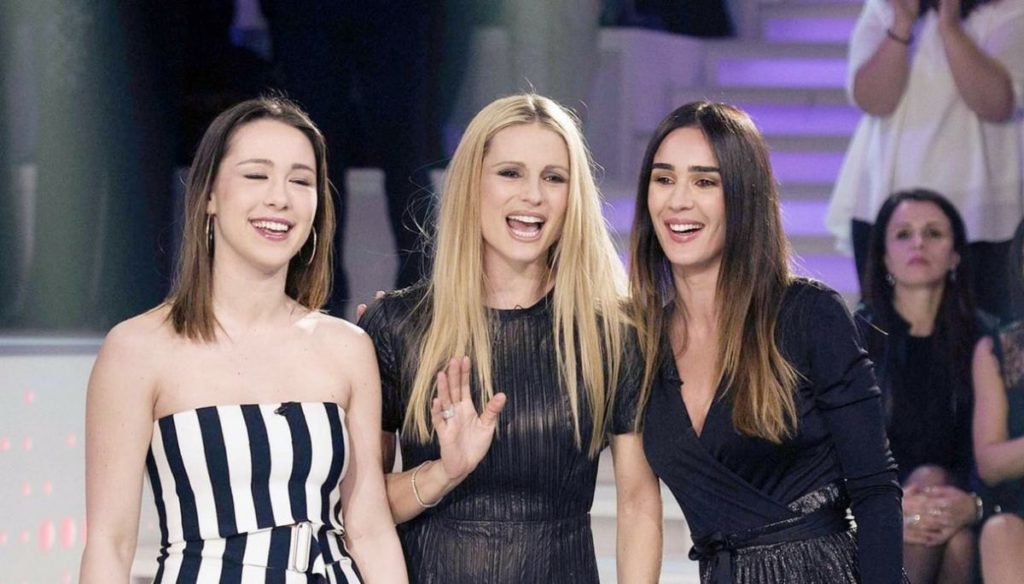 Michelle Hunziker and Aurora Ramazzotti together in Silvia Toffanin's living room. Twenty years of difference, united only as a mother and a daughter can be

This is the first time that Michelle Hunziker and Aurora Ramazzotti appear together on television: "This is not something I am taking lightly, for me it is a great emotion," Aurora told Silvia Toffanin. A beautiful girl, strong and self-confident but who during her life has been the object of strong criticism: "You are not as beautiful as your mother", they have repeated for years. A strong phrase that could have broken a girl in adolescence and instead only made her stronger than before. So much so that now, also thanks to his sympathy, he is a star on social networks, where he is very much followed by boys of his age.

Michelle Hunziker and Aurora Ramazzotti laugh and joke at Verissimo, remembering moments in their lives: one in which Aurora met a boy on the street who had left her with a message on WhatsApp and to whom he wanted to "punch", and he found mother Michelle's strong arm beside him. Or the "night raids" of Aurora in the kitchen that, Michelle says, then left everything in disorder.

"I am very satisfied and proud of her, I knew she had the fire in the show. Now he is making his way and doing it very well, "said Michelle Hunziker talking about her daughter Aurora Ramazzotti. Which reproaches the mother for "putting her in anxiety" and scolding her too often, so much so that sometimes she even managed to make her burst into tears. "If you call me" love "it means that it's okay. "Auri" is so-so. But if you call me Aurora I have to run away, "the girl confides. Is that why she already had some white hair?

During the interview Michelle Hunziker tells the moment when she and Eros Ramazzotti decided to call their daughter Aurora. "Aurora was born because I was three months pregnant, I didn't know if he was male or female and they advised us not to announce anything yet. Instead Eros did a very tender thing, during the showcase he announced that he had written "Aurora" and expressed the desire to call his daughter like the song ".

At the end of Verissimo, Silvia Toffanin showed Michelle Hunziker and Aurora Ramazzotti the letter that the Swiss presenter had written to her daughter for her twenty years: a message of good wishes that is still able to move them today.