Very true, Paolo Ciavarro and Clizia Incorvaia ready to marry and have a son 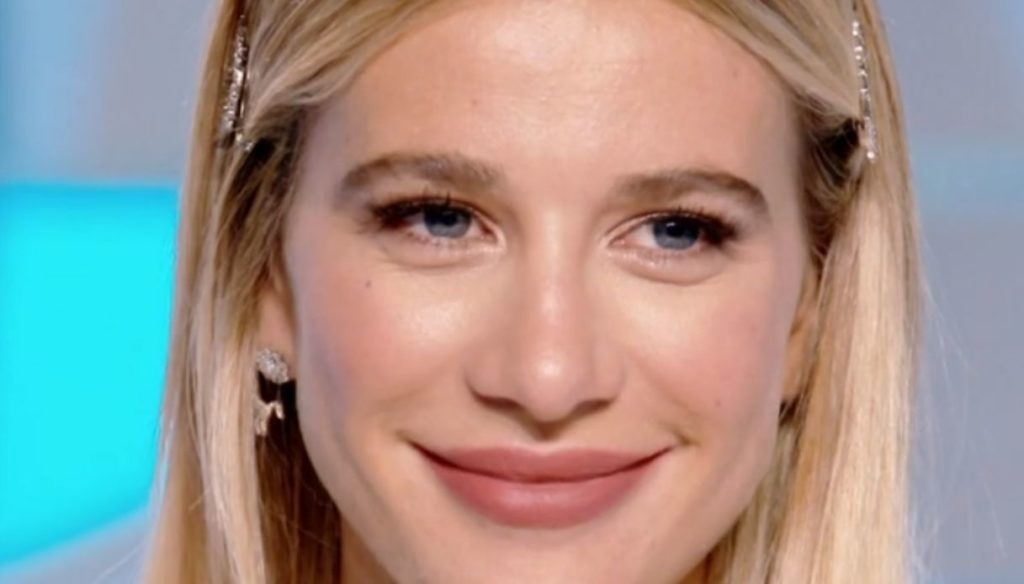 The couple, in the first television interview together, confessed in Silvia Toffanin's living room

Clizia Incorvaia and Paolo Ciavarro were Silvia Toffanin's guests in Verissimo's living room. Absolute protagonists of the fourth edition of Big Brother Vip, Eleonora Giorgi's son and his girlfriend confessed in what was the first television interview since the beginning of their history.

Linked for 8 months, Clizia Incorvaia to Paolo Ciavarro have already met their respective families. As revealed by the ex-wife of Francesco Sarcina, during the distant past they made several video aperitifs in which she was with her parents and Paolo Ciavarro with Eleonora Giorgi (who also entered the Cinecittà House at the time of their participation in the reality show and defined from Clizia 'iconic mother-in-law').

"Would you ever have thought of falling in love inside the Big Brother House, are you so shy?": To this question from Toffanin, Ciavarro specified that the beginning of love with Clizia was absolutely unexpected, also by virtue of the choice, in the past, to keep his private sphere protected by a veil of confidentiality.

When her time came to answer Toffanin's questions, Clizia Incorvaia stressed how Ciavarro totally upset her life at a time when she wasn't even focused on love.

Today I look to the past as a book I have read and which I can easily tell you about. I see everything in a conscious, lucid way and with a smile of tenderness for the most beautiful things that have been there and the most beautiful of all is my daughter Nina.

After these words from his girlfriend, Ciavarro declared that he had the opportunity to meet the little girl, born in 2015 from the love between the Sicilian influencer and Francesco Sarcina, during the summer holidays spent with the Incorvaia family. When Silvia Toffanin asked him whether or not he was worried in those moments, Paolo Ciavarro replied no, stressing that he was there as the son of separated parents and therefore aware of the importance of respecting roles.

Incorvaia had her say on the matter, stating that she had introduced Ciavarro to Nina always in contexts in which they were in a group, specifying that she expects the same respectful approach from her ex-husband. He also pointed out that "If Nina sees her parents happy, she will be a happy child".

After this parenthesis, Toffanin opened an important focus on their future as a couple, highlighting how Ciavarro has never hidden the desire to become a father. He confirmed, saying that he was raised in love despite the separation of his parents and that he always had a strong sense of a united family.

The couple, who exchanged amused glances with Silvia Toffanin after the talk about their children, then began to talk about each other's defects, with Incorvaia stressing that she was an impulsive person.

During the interview Eleonora Giorgi was also mentioned, whom Ciavarro described as "enthusiastic" about the story between him and Clizia (the two are very close friends). The first television host of the couple of Clizia and Paolo ended with two very romantic declarations.

During his life, Ciavarro called the blonde influencer the woman of his life and declared he wanted to build a family with her. For her part, she spoke of her dream of "forever", saying she is aware that Ciavarro is the right person.