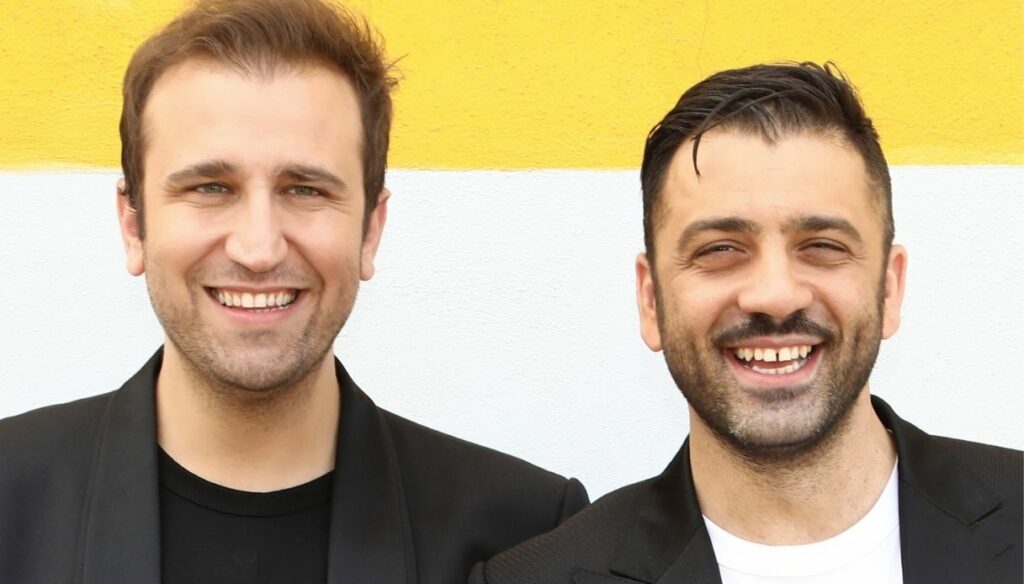 Pio and Amedeo attended the court of Silvia Toffanin, who retraced their friendship in view of the new program.

In Verissimo's studio, during the episode aired on Saturday 10 April, two stars of Italian comedy, Pio and Amedeo, were guests. The duo brought a breath of freshness and sympathy, and retraced the history of their friendship, as well as the working relationship that unites them, in view of Felicissima Sera, a program that will see them at the helm starting from April 16.

Pressed by the host of Canale 5, the two defined themselves as an extended family, rattling off some curiosity about their private life. The friendship that unites them was written from their birth. The two, in fact, were born with a difference of only 5 days (Pio on August 25, while Amedeo on August 20) in the same city, Foggia, and even in the same hospital! An amazing coincidence, to say the least, if we consider all the success they subsequently achieved together, becoming one of the most popular comedians on Italian television.

On 11 April they celebrate twenty years since their first show. “We were 18. We did our first show on April 11, 2001, the ticket cost 8,000 lire ". Their first meeting, however, dates back to many years earlier, when they were only ten years old and attended the same middle school. There, they realized they had one thing in common: wanting to make people laugh.

Between laughter and amusing anecdotes, Silvia Toffanin then focused on the private life of the two comedians, in particular on the relationship that binds them to their children. Amedeo said that, unfortunately, due to work they are unable to spend much time together and for this reason he is sometimes too permissive. "It's a bit of a way to compensate, the nice thing I think you can give to your children is time."

The consecration, after many years of apprenticeship and sacrifices, took place in 2019, when they attended the Sanremo Festival conducted by Claudio Baglioni. And now it's time for a prime time program, Felicissima sera, a great show that will see the presence of great guests. In the first episode, for example, there will be Maria De Filippi and Tommaso Paradiso. Amedeo stated that this is a good sign for the Italian show, in the name of lightness and laughter.

The duo also already has in mind what their next project will be: the arrival of their film, Belli Ciao, which will be released in 2022.

Barbara Catucci
8463 posts
Previous Post
Prince Charles, the first words after the death of Prince Philip
Next Post
Very true, Alice Campello and Alvaro Morata: "With love you can overcome everything"