Violence against women, fighting stereotypes right from the nest 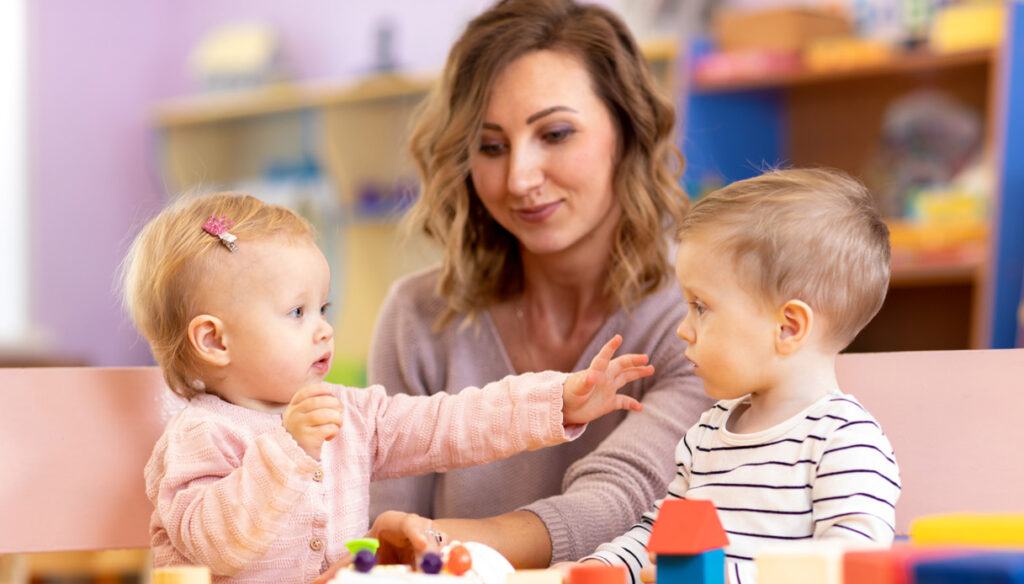 Working on gender stereotypes in the nursery is one of the ways to tackle the gender gap and violence against women.

The danger of gender stereotypes

Gender labels appear in babies around 20 months, and in girls as early as 17 months. Gender-based games appear around 20 months. Also very important are the symbolic games in which children tend to repeat the routines they observe at home. Foster Wallace, commenting on the danger of gender stereotypes stated “Stereotypes are like water for fish: precisely because they surround us and are everywhere we don’t see them anymore”.

Stereotypes are present from birth and contribute to distorting reality with often very serious consequences.

For this reason Crescere Insieme, one of the main operators in the sector of services for children and the family, has launched the campaign “Growing Together but without pink and blue bows”, a project that aims to raise awareness of operators and families on the need to abolish the common gender stereotypes strongly present from very early childhood.

The word of the psychologist

“Something is being done but much still needs to be done” says Margherita Fassari, Development Psychologist and Psycho-pedagogical Coordinator of Crescere Insieme (READ OUR INTERVIEW): “I believe that the nursery and kindergarten can offer an extraordinary opportunity to promote a cultural openness that allows us to truly understand the social complexity in which families live.

Children in the 0-6 age group begin to have a clear awareness of what are, for example, the games of boys and girls but not only, thanks to the influence of the environment also some behavioral traits are transmitted according to dynamics of a genre that adults (parents or educators) do not always notice. It is also important to know that there is not only a question of social responsibility but there is also a theme of cognitive development. It is often not thought that when adults insert limitation grids (such as gender stereotypes) the worlds of children become smaller and smaller, a huge limit for the development of brain potential “.

The campaign against gender bias

The project “Growing together but without pink and blue bows” provides moments of face-to-face training dedicated to operators, educators and coordinators of the structures of Growing Together and moments of information and training open to 2000 families of children enrolled in kindergartens but also to all those who wish to deepen the topic.

The campaign carries out some simple messages that have the task of unhinging stereotypes and beliefs
incorrect:
– We always say that games are just games, they have no etiquette
– We cross borders and leave children free to explore without limitations
– We do not frame in ‘male and female’ frames
– We do not label housework because it has no gender
– And we lead to inclusion, education is an extraordinary tool of revolution and can break down stereotypes

Educating in non-violence is a child’s issue, it is based on building relationships based on the principles of equality, equity, inclusiveness and respect. All aspects that children can learn immediately and deeply to build a better tomorrow.

The project involves more than 30 nursery schools throughout the country and is open to all families who wish to understand the fundamental role that parents and educators have in directing the inclination and preference of children towards certain activities and certain models.

Models that ultimately influence the opinions that people have towards violence against women and in particular those relating to gender roles and some stereotypes regarding family relationships. The theme, more current than ever, starts right from the cradle e
from the choice of colors that accompany the first months of babies’ life, pink and blue.

The very first toys then do nothing but confirm the stereotypes, so much so that giants of the caliber of Lego are starting to counter the phenomenon by creating neutral games, without a gender label, because a toy is just a toy, as the famous English campaign says’ Let toys be toys’ launched to ask the toy and publishing market to leave children and young people free to choose games and books by inclination and not by gender.