Violin spider: how to recognize it and what to do in case of a bite 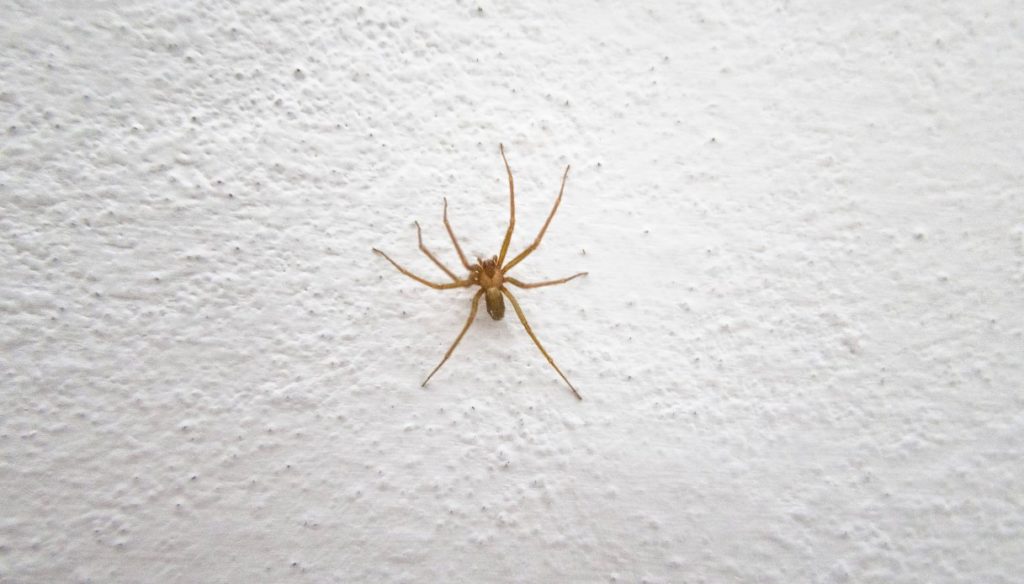 The violin spider is poisonous and prefers to hide in environments with mild temperatures such as our homes. Here's how to recognize it and what to do in case of an accidental bite

Despite their small size, spiders have always aroused terror and bewilderment in a large number of people. In fact, many suffer from arachnophobia, or a persistent fear of these small animals, which are actually very useful in nature. In fact, being predators, they feed on tons of insects a year, thus providing an important contribution in maintaining the ecological balance.

There are also some that arouse more fear than other "colleagues" due to the possible consequences deriving from the bite. This is the case of the violin spider, on which there are cases of bites nationally (and not) that fuel panic and anguish. So let's do some clarity to understand how dangerous the violin spider really is, how to recognize it and what to do in case of a bite.

How to recognize it

The Loxosceles rufescens, more commonly known as the violin spider, is a spider belonging to the Loxoscelidae family (venomous 6-eyed spiders). It takes its name from a stain on the body that resembles the shape of a violin. It is part of a nocturnal species that hunts without using the traditional web, in fact it weaves only a few threads. It chases its prey – mostly insects and other spiders – and immobilizes them with a rather powerful venom that makes it one of the most poisonous spiders in Italy.

Small in size, about 4-5 cm between body and legs, the violin spider is yellowish-brown in color and has an oblong abdomen covered with gray hairs and long, thin legs. Females are somewhat larger than males. A specificity of this spider that makes it particularly recognizable is in the number of eyes: 6 instead of the classic 8.

Where is the violin spider in Italy?

The native area of ​​the violin spider includes the Mediterranean basin and the Near East, but it is also widespread on other islands and continents due to the transport of goods.

The violin spider prefers the Mediterranean fauna, typical of Italy, so it is present in the North and South. This small animal in fact prefers a mild and dry climate; in nature it hides behind stones, stones, cavities, but it has also found a place in our homes, ideal when temperatures get colder.

In this case, it tends to hide in crevices, cracks or small crevices. In fact, it prefers hiding places such as cellars, attics, drawers or can take refuge behind furniture, under cardboard boxes, or inside shoes. It can therefore happen to find it in the house, for example in the sheets, towels, gloves or socks and this increases the chances of being bitten. Being a non-aggressive spider, it tends to move away or in general not to seek contact with humans, but a possible bite can occur if it feels threatened.

How dangerous is the violin spider

Here is one of the most frequently asked questions: How dangerous is the violin spider? As we have seen, this spider only bites if it feels endangered, so in itself it does not pose a major threat to humans. However, it can happen that you are bitten inadvertently, for example if you find it between the sheets or clothes.

The bite of the violin spider does not cause pain and the affected area has no obvious alterations. At least not immediately. In fact, the first symptoms are felt within a few hours (3-8 hours) including:

With its bite, the violin spider injects a poison containing enzymes that can attack the skin tissues causing them to necrosis. The most important toxin in the onset of loxoscelism, or the skin reaction caused for example by the bite of the violin spider, is the dermonecrotic one. It belongs to the class of phospholipase D toxins and alone can cause skin and muscle necrosis.

In fact, as the hours pass, the initial redness gives way to a progressive necrosis of the affected area which turns into an ulcer with consequent scar.

In most cases, the venom remains localized in the bite area and disappears within a few days. In more serious cases, however, especially in subjects with other pathologies, the venom from the bite spreads and the tissues can ulcerate, leaving room for slow-healing wounds susceptible to infections. Symptoms such as:

What to do in case of a bite

There are two possibilities: the first is to witness the spider bite and be sure of it, the second instead sees the manifestation of the symptoms described above only a few hours later and therefore the bite is suspected.

In the first case, it will be easier to act promptly. The advice is to seek the opinion of a Poison Control Center where the doctor will evaluate what to do. As further evidence it may be useful to be able to photograph the spider.

If, on the other hand, the bite is suspected due to the appearance of typical symptoms, it is good to ask for an immediate consultation with a doctor for a thorough diagnosis. However, it must be considered that the implications related to the bite of a violin spider are often similar to those caused by the bite of other insects or by other skin infection. In fact, this type of bite is difficult to diagnose.

How to avoid the bite of the violin spider

Ultimately, the violin spider bite can also create important problems as it can lead to tissue necrosis. However, the confirmed cases of death as a result of this bite are very small and there is no need to be alarmed. However, the advice to pay attention to this spider remains valid, especially if it lives in areas where it is more frequent to find it or taking precautions such as:

And if the symptoms described appear, contact your doctor.

Maria Teolis
3086 posts
Previous Post
Who are Susanna and Carlotta, the daughters of Gigi Proietti
Next Post
"William secretly ill in April": the Palace does not comment