Vitamin D deficiency: symptoms and what to eat in case of deficiency 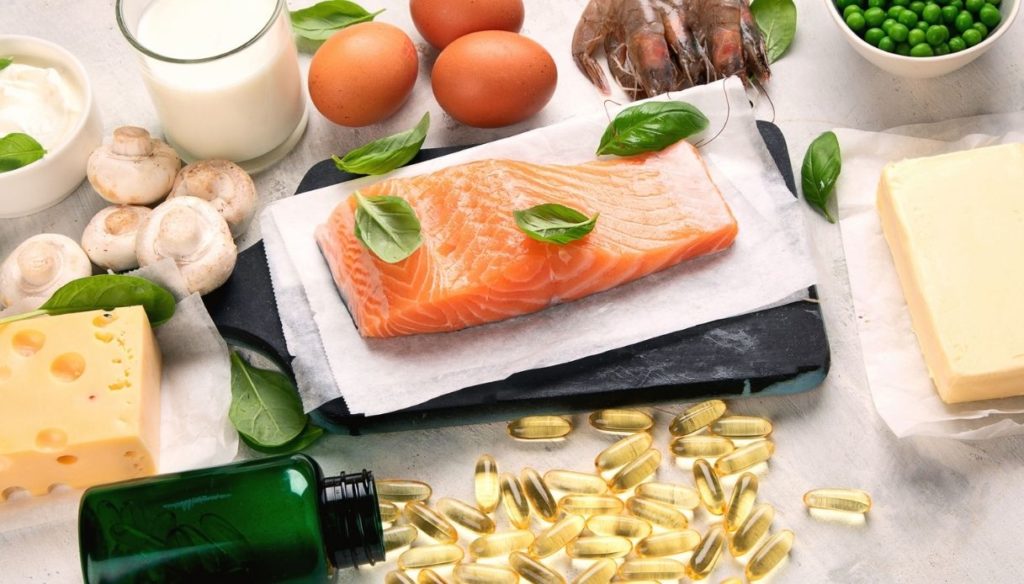 Vitamin D is mostly taken from sun exposure, but there are cases where a deficiency can occur. Here are the symptoms and what to eat in case of deficiency

To function properly, our body needs nutrients such as vitamins and mineral salts. Vitamin D, for example, a fat-soluble pro-hormone, performs numerous functions including that of promoting the absorption of phosphorus and calcium, thus helping to have healthy and strong bones. Furthermore, it contributes to the proper functioning of the nervous, muscular and immune systems. However, it may happen that the levels of this vitamin in the blood are lower than those that are considered "normal": in this case we speak of vitamin D deficiency or hypovitaminosis.

The causes can be linked to several factors including:

So let's see what are the symptoms of a vitamin D deficiency and which foods naturally contain it.

To check the levels of vitamin D in the blood it is sufficient to perform the dosage of 25 (OH) D by means of a blood sample. Typically, this type of evaluation is performed:

As indicated by the AIFA (Italian Medicines Agency), the values ​​of vitamin D considered "normal" are between 20 and 40 ng / mL. Therefore, values ​​below 20 ng / mL indicate a deficiency that justifies the initiation of a vitamin D supplement to restore its levels. In this case, the general practitioner will evaluate the most suitable type of supplement, as well as doses and timing to follow.

Low levels of vitamin D therefore indicate a deficiency. The main way to take this vitamin is to expose yourself to the sun every day for at least 30 minutes a day, but it can also be taken through the consumption of specific foods and possibly food supplements.

Symptoms of the deficiency

A deficit occurs more frequently in elderly people who often tend to cover themselves more and leave the house less, as well as in those who live in northern areas where the sun shines less.

In general, it is difficult to realize a vitamin D deficiency as the symptoms are often absent or associated with other problems. However, widespread muscle pain including a reduction in muscle strength itself, persistent fatigue, weakness, bone pain are symptoms attributable to a deficiency of this vitamin. An important deficit can also cause the development of much more serious pathologies such as:

As we have seen, exposure of the skin to the sun remains the main source of vitamin D intake. This is because the diet contributes only minimally to this purpose as food contains small amounts. However, Vitamin D retains its stability even when subjected to cooking and storage and this is a big point in its favor.

The foods that are a source of vitamin D that we can include in the diet are mostly fatty fish, meat, dairy products. Specifically, they include:

Vitamin D is also often added to what are called "fortified" foods including plant-based drinks (such as soy), breakfast cereals. Just read the label on the back of the package to check whether or not vitamin D is present.

Instead, beware of an excess of alcohol, the use of drugs or the intake of specific drugs that can interfere with the absorption of the vitamin. In all cases of subjects at risk of deficit or when confirmed by the results of the analyzes, the doctor can evaluate the administration of special supplements.

In short, vitamin D may be deficient in some subjects or in the presence of specific conditions and pathologies. In case of symptoms such as those indicated, it is good to talk to your doctor to evaluate what to do. In general, vitamin D deficiency can be easily remedied through good exposure to the sun (where possible), integrating certain foods into one's diet, or taking supplements under medical advice.